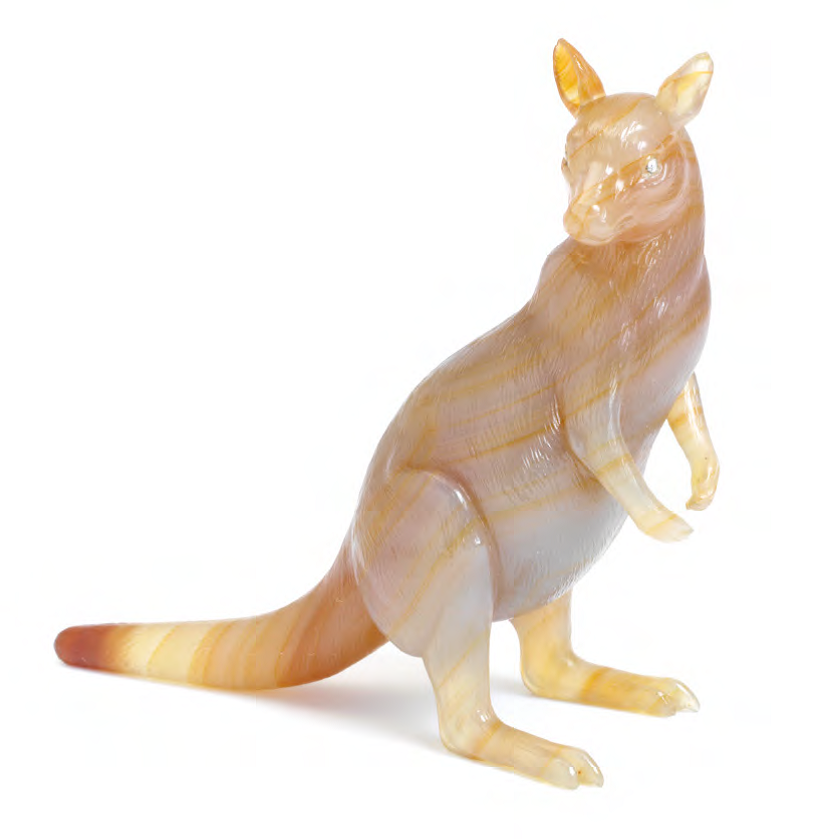 Kenneth Snowman CBE FSA (1919-2002) was the leading British expert on the Russian goldsmith Peter Carl Fabergé (1846-1920). The gift to the V&A Museum from the Kenneth and Sallie Snowman Collection, made by their son Nicholas, Chairman of Wartski, comprises nine Fabergé items (including six carved animals, a letter-opener, a cigarette case, and a gold box) and two items by the renowned German goldsmith Johann Christian Neuber (1736-1808).

Nicholas Snowman  said: ‘In 1977 my father, Kenneth Snowman, curated a major Fabergé  exhibition at the Victoria and Albert Museum to honour the Queen’s Silver Jubilee. He was devoted to the V&A, lending a rare enamelled ring mounted with a cameo of Elizabeth I in 1975 and a selection of 18th-century gold boxes after my mother died in 1995.

‘Following his death it seemed a fitting tribute in 2003 to their connoisseurship to extend the loan from the Kenneth and Sallie Snowman Collection to include work by Fabergé . They would have been delighted that the spiral display of Fabergé pieces has become one of the best-loved features of the jewellery gallery. It includes four of Queen Alexandra’s Fabergé animals and a rock-crystal letter-opener which was a present from the Tsarina Alexandra to her English governess.

‘Now, 14 years later, it gives me great pleasure that a major part of the Kenneth and Sallie Snowman Collection has been accepted by the Cultural Gifts Scheme for donation to the V&A. I am delighted that in addition the Elizabeth I ring, on loan for over 40 years, will find a permanent place in the V&A, presented through the Art Fund. Consequently the Museum now possesses the most significant public collection of Fabergé in Britain and its important collection of gold boxes has been enriched enormously.’