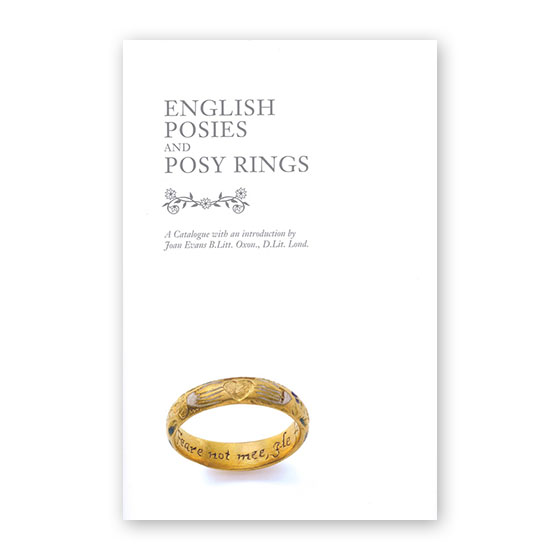 The book is the only study devoted solely to Posies and Posy rings. It describes their origins and the evolutions of different forms. It contains an extensive list of inscriptions beginning with early Lombardic examples, progressing through 'Black Letter' engravings to those in Roman Capital and italicised scripts. Dame Joan was a distinguished Antiquarian and president of the Society of Antiquarians.

Posy rings are an important form of antique finger ring. They derive their name from the word 'poesy' meaning short rhyme, as the rings were engraved with rhyming messages of one or two lines. The inscriptions are often in elaborate scripts, containing  motifs and decorated with enamel. They were popular from the late medieval period onwards and were used to communicate sentiments of friendship, loyalty and most frequently love. Samuel Pepys mentions them in his diary and Shakespeare referred to them in his plays, notably in Hamlet and The Merchant of Venice.