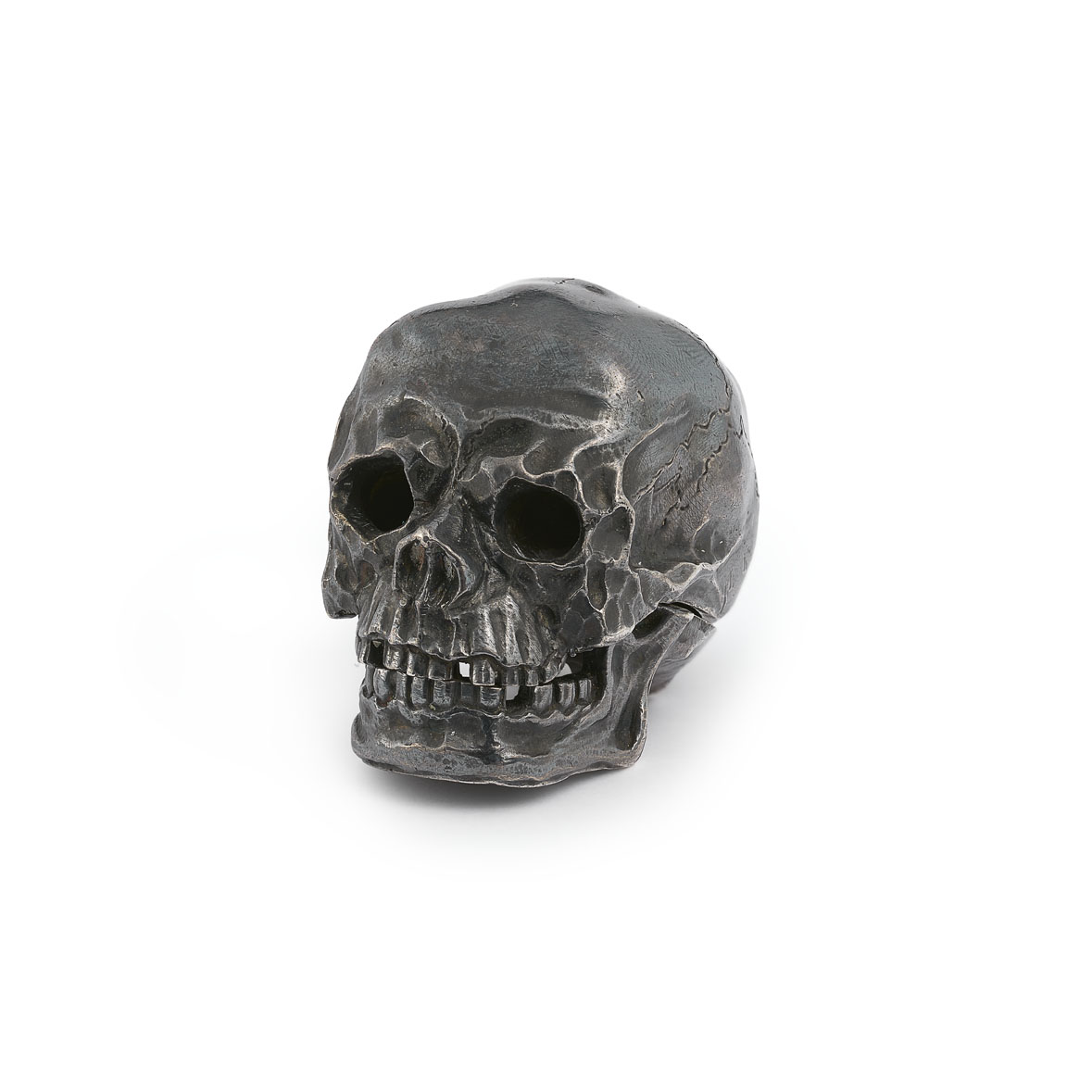 meticulously modelled on a skull in oxidised silver, it opens to reveal a gilded compartment with a tubular pipe which joins the two eye sockets, a pivoted wheel to the back. 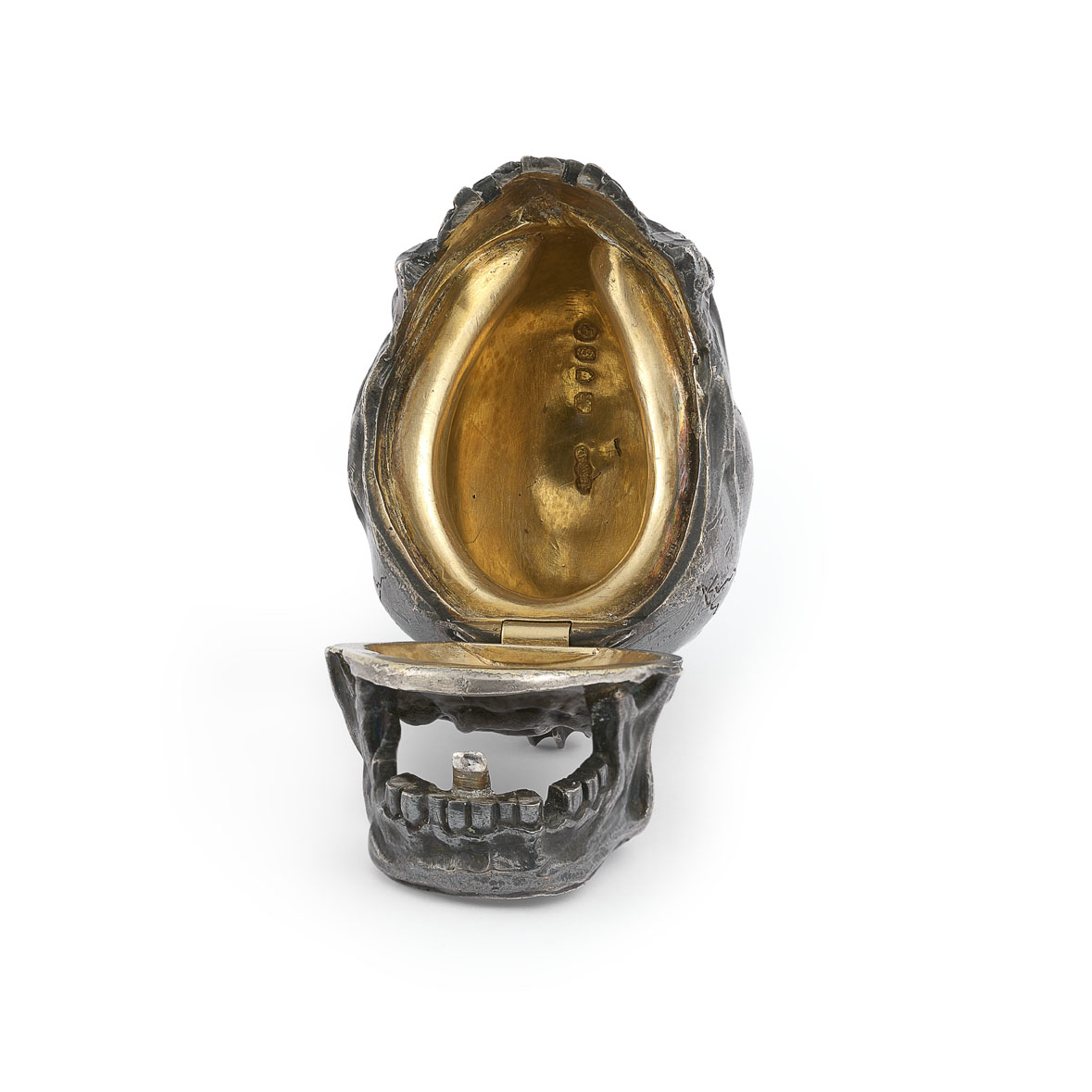 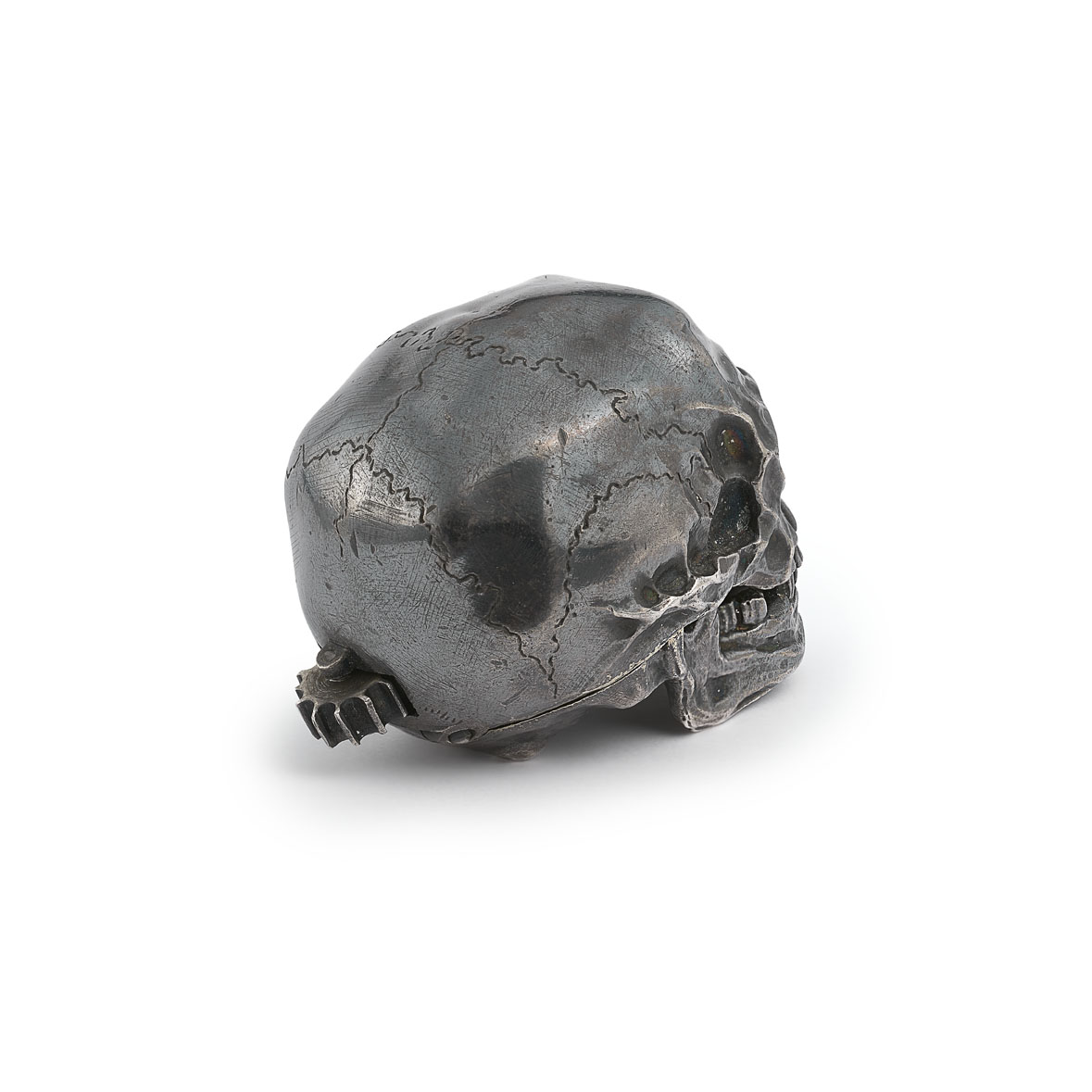 Like so much of the Dee family’s work, this skull captures the sensibilities and interests of English Victorian society, imbued with a sense of whimsy, surrealism and disquiet. Established by Thomas William Dee in 1827, the firm continued under the management of his two sons Henry William and Louis from 1867. Their designs show a myriad of influences; Chinese and Japanese art and culture; new discoveries in science and technology; satirical cartoons and caricatures, as well as Gothic literature and the theatre.

The vesta would have been a little piece of theatre to be performed in the home to one’s friends and acquaintances. A section of tinder cord would have been fed into the channel between the two eye sockets. When lit, the tinder would smoulder, making the eyes glow. From these glowing recesses, a cigarette could be lit.

The famous jewellery shop Giuliano were among the London based retailers who sold their work. Several other articles made by the Dee family and retailed by Henry Wilson of Pall Mall are recorded on page 116 of The Directory of Gold and Silversmiths: Jewellers and Allied Traders 1838-1914 by John Culme (Antiques Collectors’ Club, 1987).