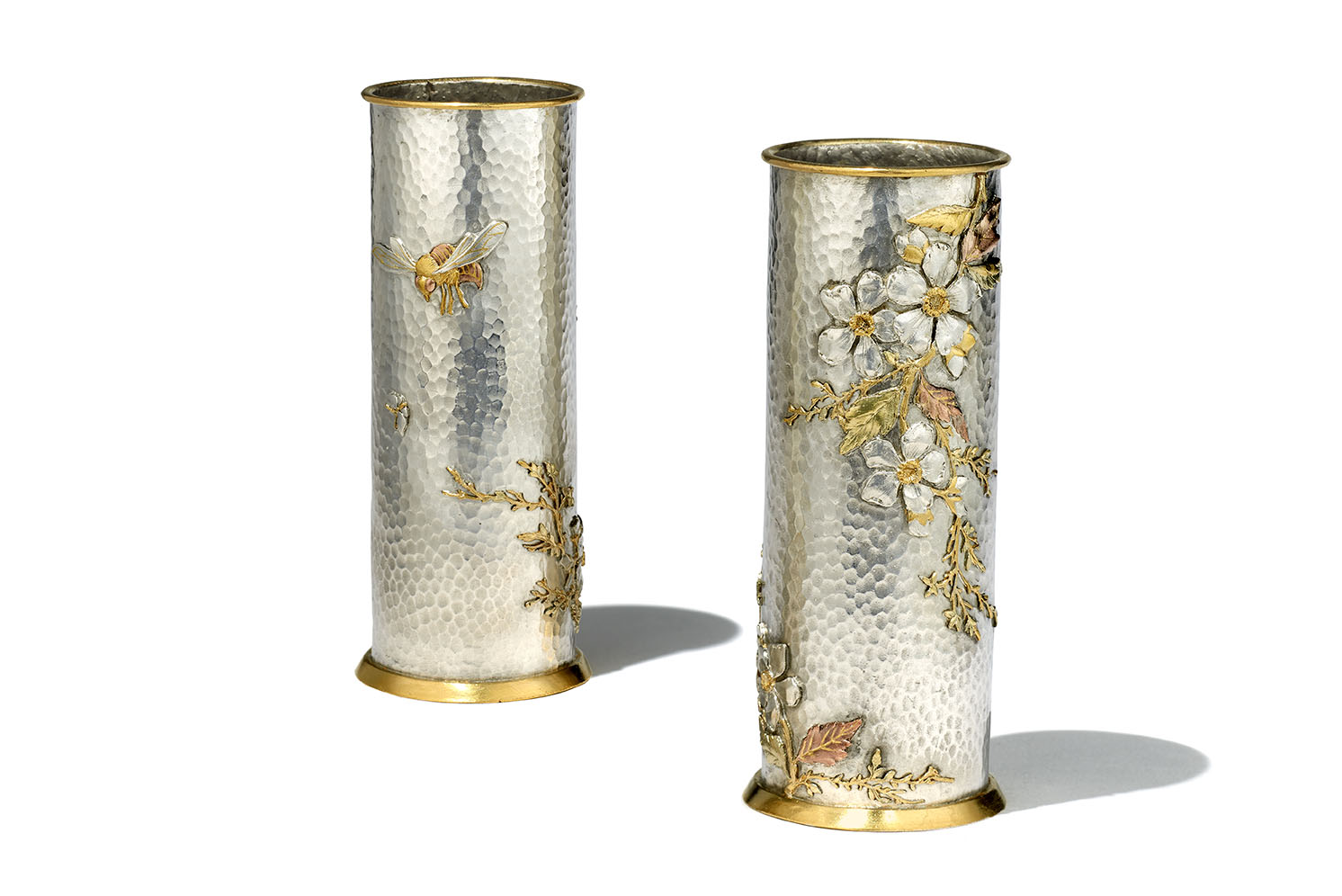 the cylindrical form derived from Japanese brush pots, the planished surface of the silver applied with chased gold cherry blossoms, foliate motifs, bees and butterflies in different colours of gold, the base and lip of each vase enhanced in yellow gold. 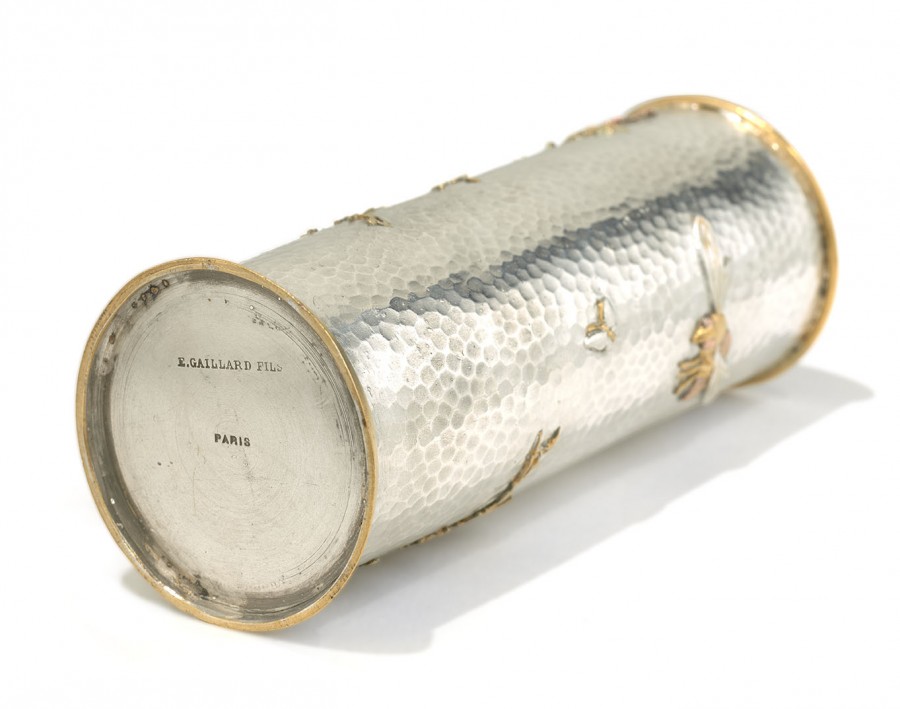 The form and distinctive design of these spill vases was inspired by Japanese metalworking techniques. Tiffany and Co. were the first firm to exhibit a number of works applied with this style of ornamentation at the Exposition Universelle of 1878. Gaillard was similarly inspired by the juxtaposition of vari-coloured metals, but in interpreting his motifs first in repoussé, he added an extra sophistication. The elongated form of the vases echoes the shape of Japanese brush pots used in the art of calligraphy. Lucien Gaillard’s father Ernest had started experimenting with the patination of silver during the 1870’s. Lucien continued this research, experimenting with Japanese gilding and alloying techniques. He eventually brought skilled craftsmen to his workshops from Japan to ensure that his exacting standards could be met.

Given the vases are engraved on the base ‘E.Gaillard Fils/Paris’, they are likely to have been made in the latter years of Lucien’s partnership with his father, which ended in 1892. Lucien registered his own poinçon the following year. He was awarded a Grand Prix for the works he exhibited at the 1900 Exposition Universelle.