The Rape of Ganymede 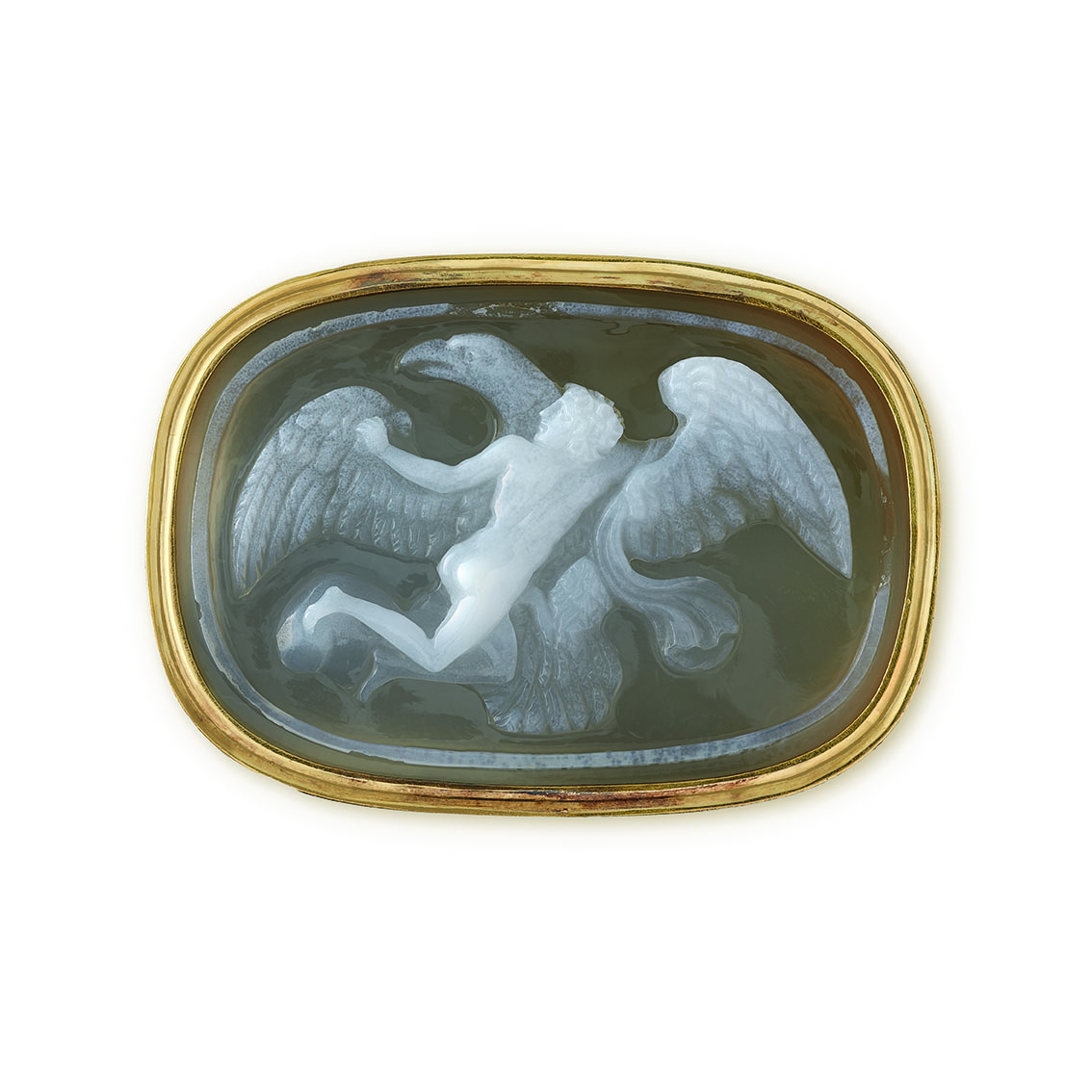 of rounded rectangular form, carved in a translucent grey sardonyx, depicting Ganymede being lifted into the sky by Zeus in the guise of an eagle.

In Classical mythology, Ganymede was the son of Tros, legendary king of Troy. He was a shepherd and was famed for his extraordinary beauty. He bewitched the god Zeus who transformed himself into an eagle so he might snatch the youth and take him to Mount Olympus, making him cupbearer to the Gods. He was immortalised among the stars as the constellation Aquarius.

The distinctive composition of the cameo is taken from a ceiling painting in oil by Damiano Mazza (active 1573) entitled The Rape of Ganymede, which now resides in the National Gallery in London. An engraving of Mazza’s painting was published in Rome in 1773 in “Schola Italica Picturae sive Selectae Quaedam Summorum e Schola Italica Pictorum Tabulae Aere Incisae Cura et Impensis Gavini Hamilton Pictoris.”

It is most likely that the lapidary who created this gem worked from this 18th Century reproduction. The milky grey agate was no doubt carefully selected by the lapidary when creating this gem. Elements of the composition have been carved in the translucent strata of the stone, so the white feathers and skin of Zeus and Ganymede gently recede into the background colour. It mimics the effect of figures disappearing into the sky, as they rise further and further into the heavens.