‘The Fall of the Damned’ by René Lalique, 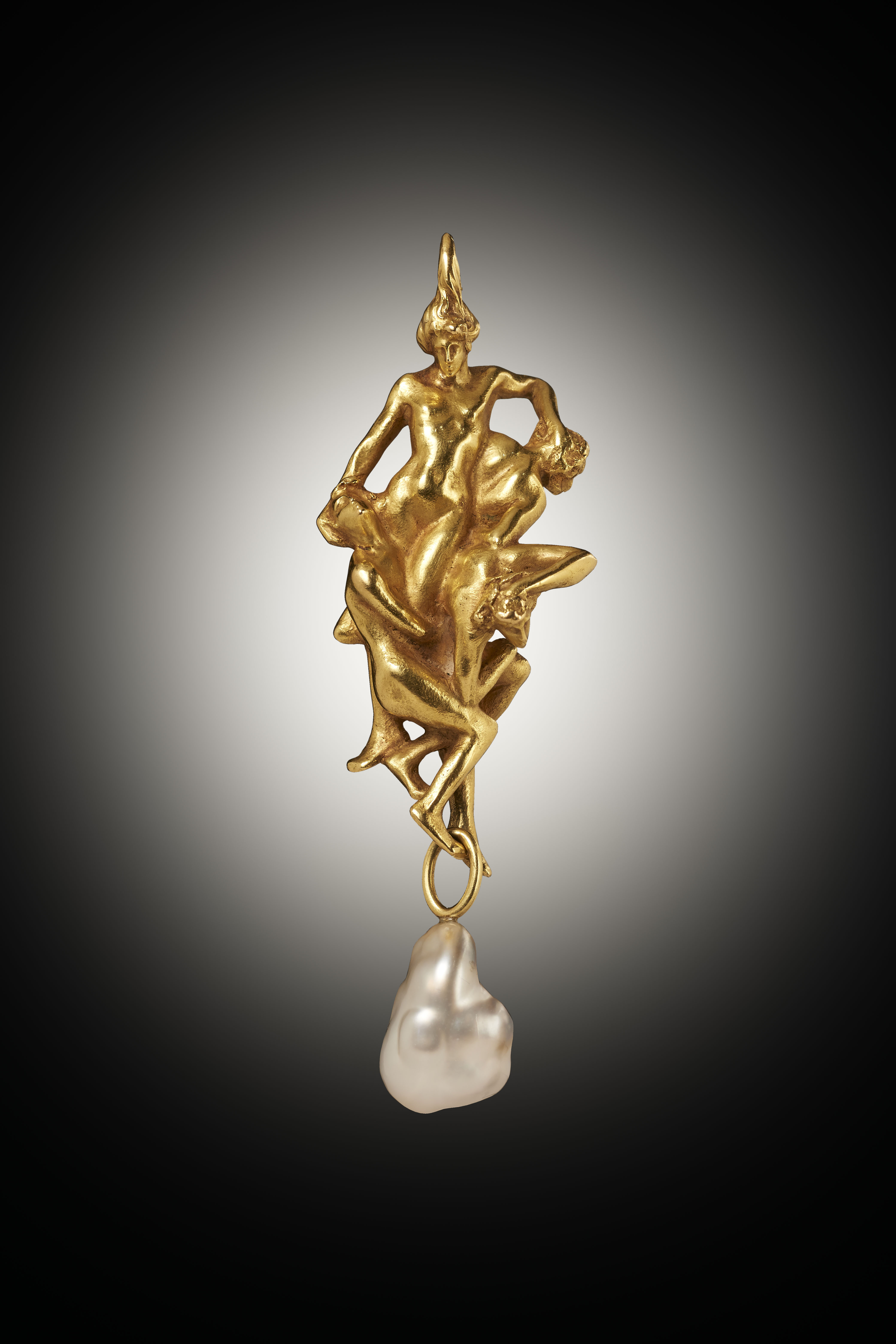 The modelling of the writhing, falling figures in this jewel recall the contorted bodies of the damned as sculpted by Auguste Rodin in his monumental work ‘La Porte de l’Enfer’ (The Gates of Hell). Lalique and Rodin were in correspondence during the 1890s, a connection which was most likely facilitated by Augustine-Alice Ledru whom Lalique met in 1890 and married in 1902. Ledru was the daughter of Auguste Ledru, a famous sculptor and close friend to Rodin. Ledru had worked with Rodin in the completion of Bellona (1874), sculpting the helmet which crowned Rodin’s mythological portrait. It is therefore likely that Lalique visited Rodin in his studio at a time when he was working on ‘La Porte de l’Enfer’ (started in 1880, Rodin continued to work on the sculpture until his death in 1917).

This jewel is a previously unrecorded variant of that illustrated in 1902 in André Beaunier’s review of the works of Rene Lalique in Art et Décoration 12.