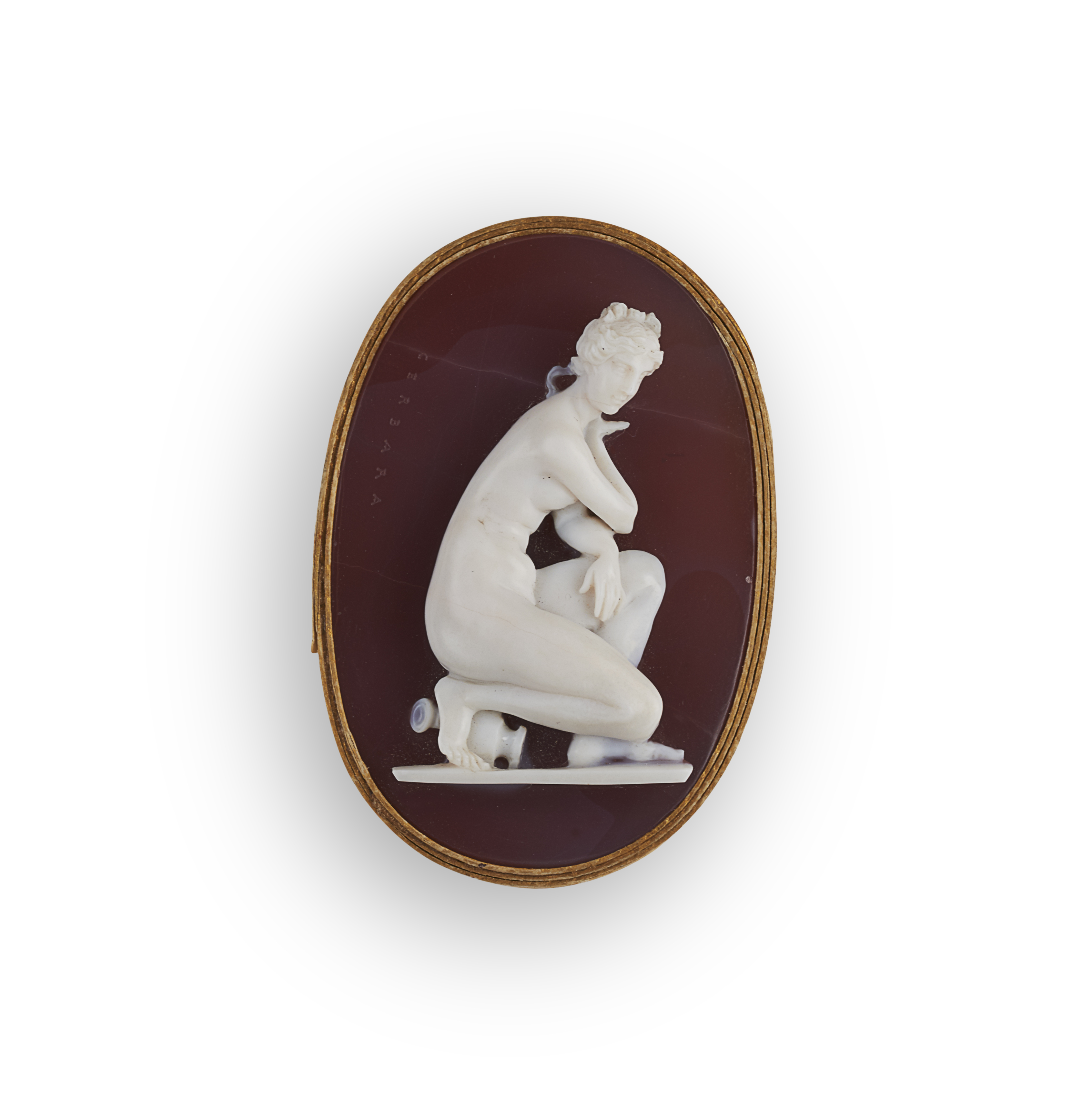 carved in a layered pink and white sardonyx, the cameo depicting Venus, the goddess if love and beauty, surprised as she bathes. The viewer becomes a voyeur as the goddess attempts to conceal her nudity with her arms, crouching in a protective position.

The composition of this cameo is derived from a series of ancient Roman sculptures, copies of an original work which was believed, during the 18th Century, to have been created by Doidalses and was described by Pliny the Elder as once sitting in the temples of the Portico d’Ottavio in Rome.

During the 1800s, the Uffizi in Florence, the Vatican in Rome, the collection of the King of England in London and later the Louvre in Paris had versions of this sculpture.

The distinctive positioning of Venus’ hands in the cameo carving, as well as her exaggeratedly ‘nipped in’ waste, compares most closely to the version which was excavated during the 18th Century at Salone.

The sculpture was one of the works of art transported to Paris in 1798 by Emperor Napoleon, returning to Rome in the early 19th Century. It was the basis for an engraving published by Francesco Battitsta Piranesi, circa 1783 and whilst in Parism was reproduced as a print entitled Venus Accroupie Du Vatican, which appears in Le Musée Royal Publié by Henry Laurent, published in 1818. It is possible that Cerbara worked from one of these engravings when completing this work.

The composition was clearly much admired by artists throughout the 17th and 18th Centuries, The sculptor Antoine Coysevox completed his own homage to the Bathing Venus in 1686 and John Nost in 1702.