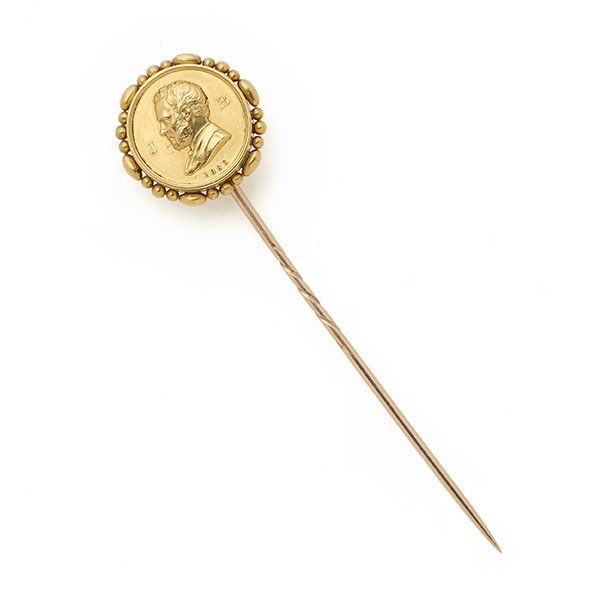 commissioned by Her late Majesty Queen Victoria (1819-1901) to commemorate the death of her faithful servant John Brown (1826-1883), the terminal centred with a cast and chased portrait of Brown in profile, flanked by his initials with the year of his death beneath, framed by a dot and dash border, the reverse engraved with ‘From VRI’ for ‘Victoria Regina Imperatrix.’ 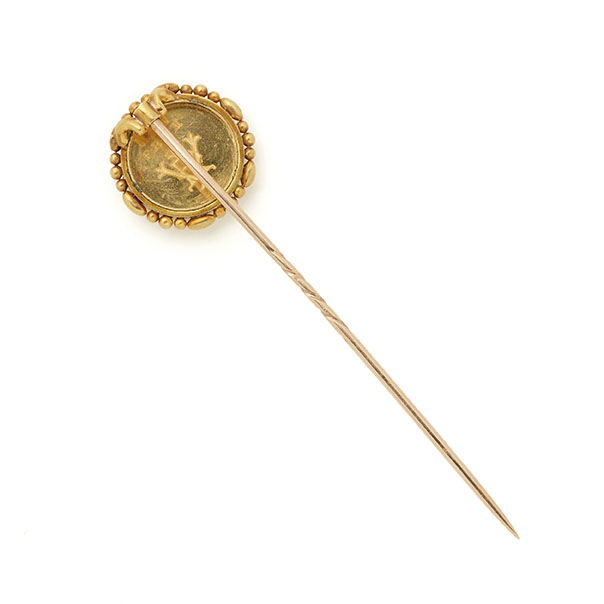 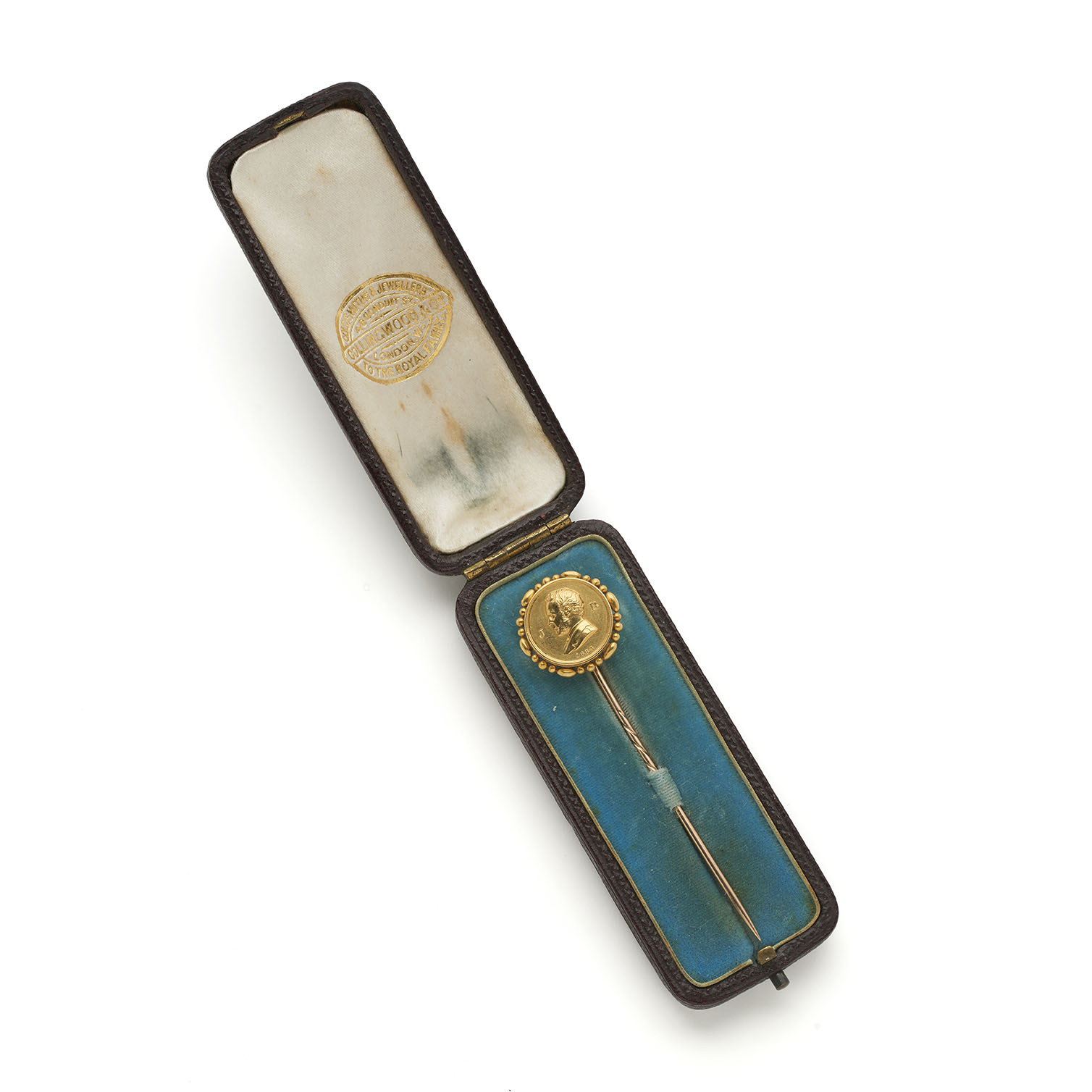 Presented by Her late Majesty Queen Victoria to
Sergeant Footman John Lockwood in 1883.

On the occasion of John Brown’s death, Queen Victoria wrote to Viscount  Cranbrook (former Secretary of State for India), that she was experiencing an “unbounded grief for the loss of the best, most devoted of servants and truest and dearest of friends”. She continued “never in history was there so strong and true an attachment, so warm and loving a friendship between the sovereign and servant.”

John Lockwood (d.1888) assisted John Brown in looking after Her late Majesty after the death of her beloved husband Prince Albert in 1861. He is mentioned in several places in her memoirs, including an entry on the 18th July, 1886 when The Queen visited Lockwood in his sick bed. In it she described him as a “devoted faithful servant.”

A photograph of John Lockwood can be found in the Royal Collection amongst the Royal Household Portraits taken in 1871.