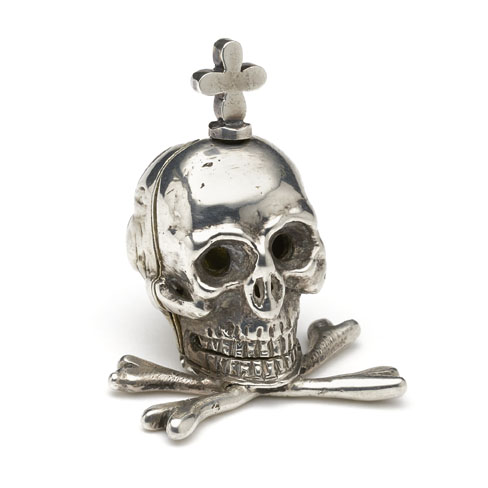 consisting of a hinged container in the form of a Janus head resting upon crossed bones, one side decorated with a skull and the other with a sleeping visage, the gilded interior containing six compartments, the pomander closed via a screw fitting topped with a cross. 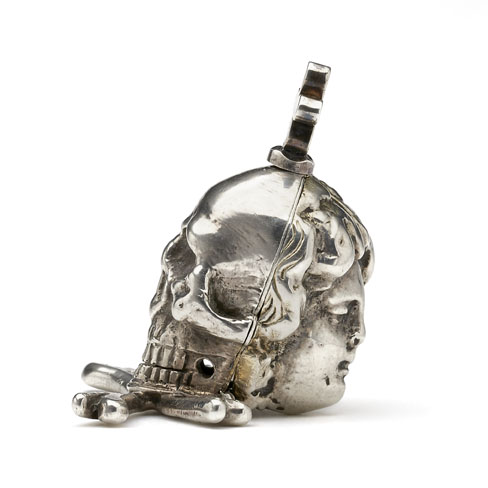 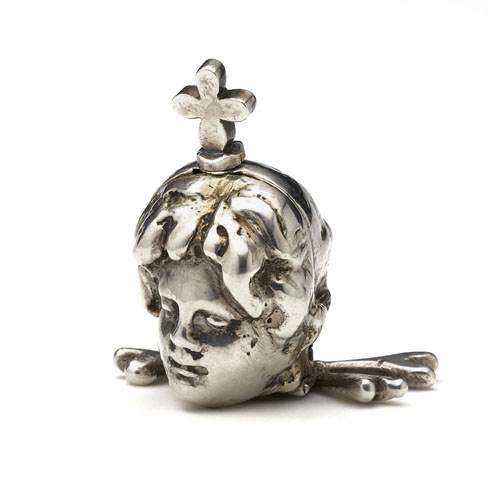 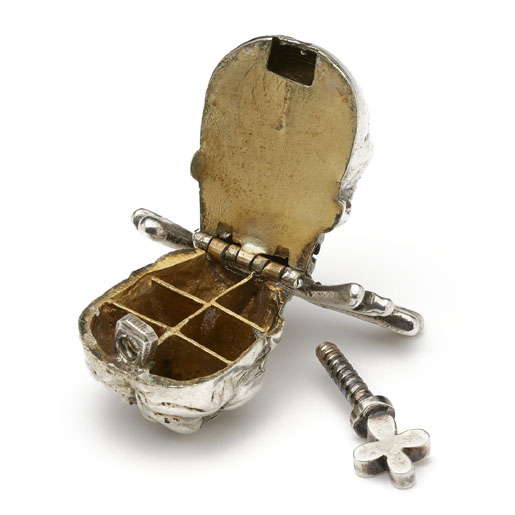 A comparable pomander can be found in the permanent collection of the Science Museum in London, acquisition number A641486.

A sponge soaked in a sweet smelling solution, possibly rose water, would have been secreted behind the face of the skull, so that the scent could escape through the eyes, nose and mouth. The skull would also have acted as a memento mori to its owner, a pertinent reminder of the preciousness of life when challenged by death and disease.