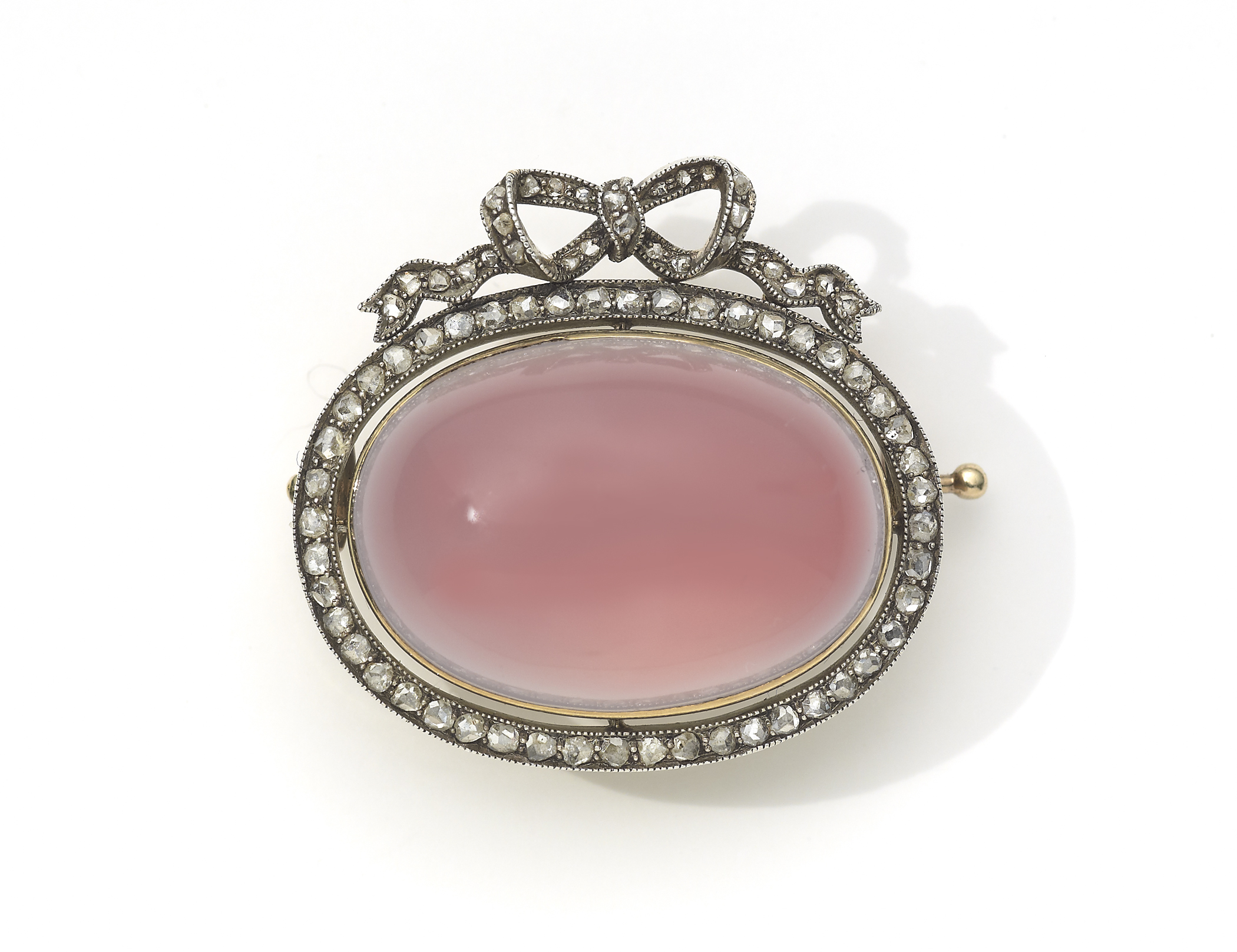 centred with an oval Mecca stone cabochon displaying a striking strong pink hue, surrounded by a border of rosecut diamonds, topped with a stylised diamond set bow , the reverse backed in gold and decorated with an engraved sunburst.

Purchased by Her late Majesty Queen Alexandra from Fabergé’s shop on Bond Street, London on 29th October, 1906 for £22.

It was arguably Queen Alexandra’s trip to Russia in 1894, for the funeral of Emperor Alexander III and the marriage of Emperor Nicholas II, which consolidated her passion for Fabergé. The Queen celebrated her birthday during her visit and received a wealth of presents, many sourced from the Russian Imperial goldsmith. Her son Prince George, who had accompanied her on the trip, joked that her gifts included ‘half of Fabergé’s shop.’

In 1903, Fabergé opened a branch in London so that he could serve King Edward VII and The Queen in England. Their late Majesties quickly became regular customers of the Bond Street shop, alongside many members of the English court who would visit before important state occasions and royal birthdays to acquire gifts.