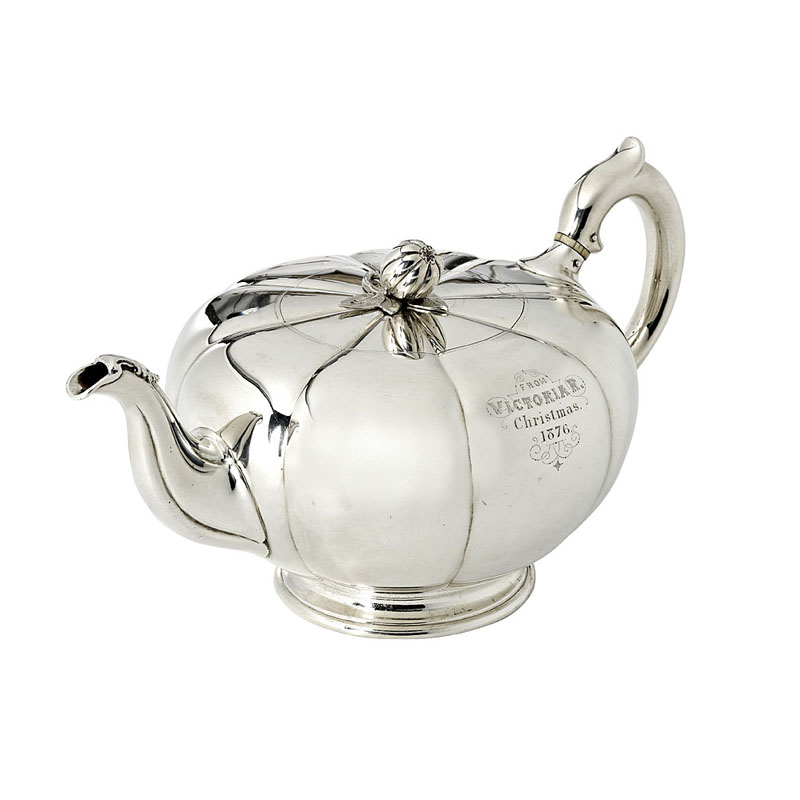 in the form of a stylised melon with reeded sides, the finial in the shape of a seed pod.

The teapot is inscribed ‘From Victoria R. Christmas 1876’

John Brown became the personal servant of Queen Victoria in 1861, following the death of Prince Albert. The Queen was inconsolable after the death of her much loved husband and she retired from public life, to cope with her grief. Brown became a most valued friend and confidant during this difficult time.

Indeed, it was the closeness of their relationship that caused many rumours. The Queen allowed Brown to address her in a peculiarly informal manner and Victoria’s own children nicknamed Brown ‘Mama’s lover.’ Edward Stanley was outraged when he learnt that the Queen and  Brown shared adjoining rooms, as he wrote in his diary that it was “contrary to etiquette and even decency.”

When Brown died in 1883, it sparked another wave of grief for Victoria (although in this instance, it could not have been as public as her grief for Prince Albert).