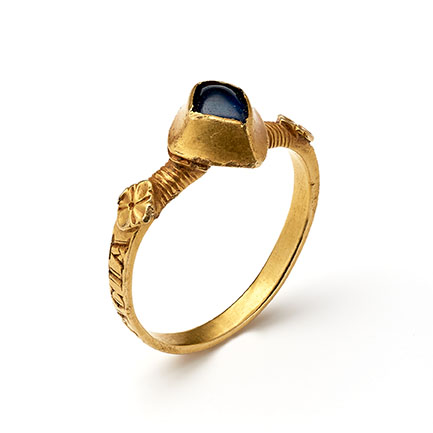 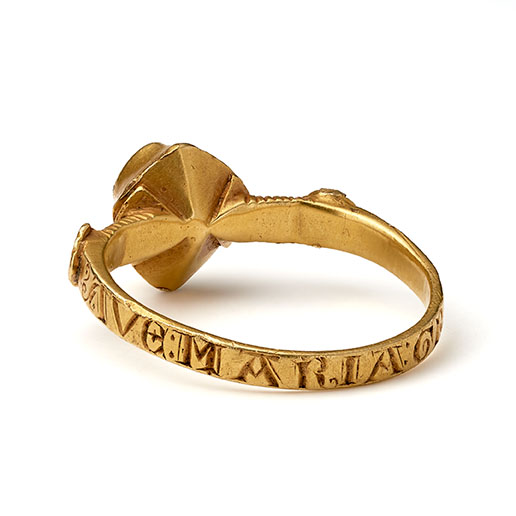 Found by a teenage metal detectorist on cultivated land nearby to the village of Bacton in the county of Suffolk, England on 1st September 2015.

The ring qualified as Treasure under the Treasures Act of 1996 and was recorded under the auspices of the British Museum as Treasure Number 2015 T771 and on the Portable Antiquities Scheme as  SF-4BD850.

The engraving is taken from ‘Ave Maria gracia plena’, the salutation given by the archangel Gabriel to the Virgin Mary in the Gospel of Luke. The ring is a devotional jewel and was worn to invoke the protection of the Blessed Virgin Mary. Furthermore, sapphires were believed to have prophylactic qualities throughout medieval Europe.