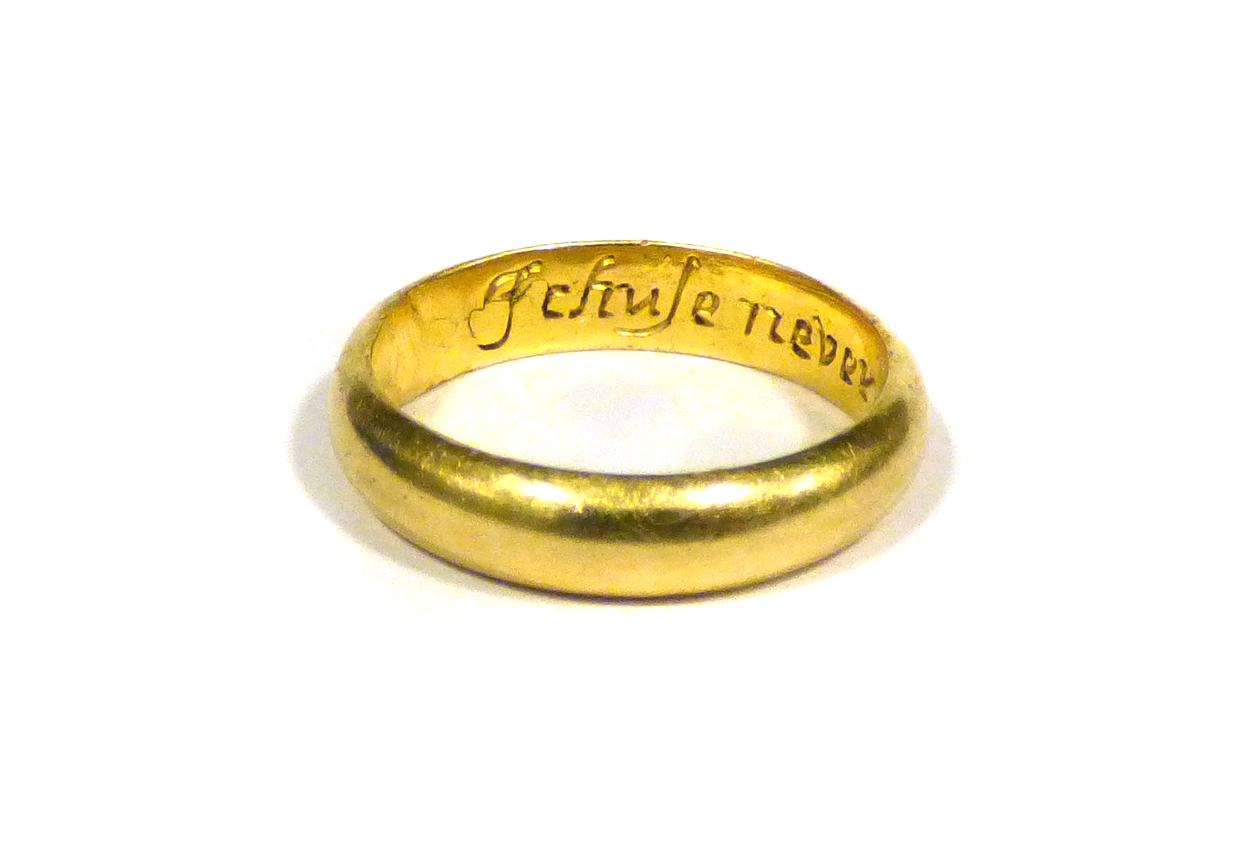 A large seventeenth century posy ring, engraved to the interior in italicised script

‘I chuse never to change’

Posy rings derive their name from the word “posy” or “Poesy” – a derivative of poetry meaning short rhyme. The rings were popular from the late medieval period onwards and were used to communicate secret messages of love between the giver and the recipient. The wearing of words against the skin was believed to increase their poignancy.

This inscription is not recorded in English Posies and Posy Rings, by Dame Joan Evans, (London, 1931), examples with variant spellings are noted on page 49.

One of which is held in the British Museum, AF.1276