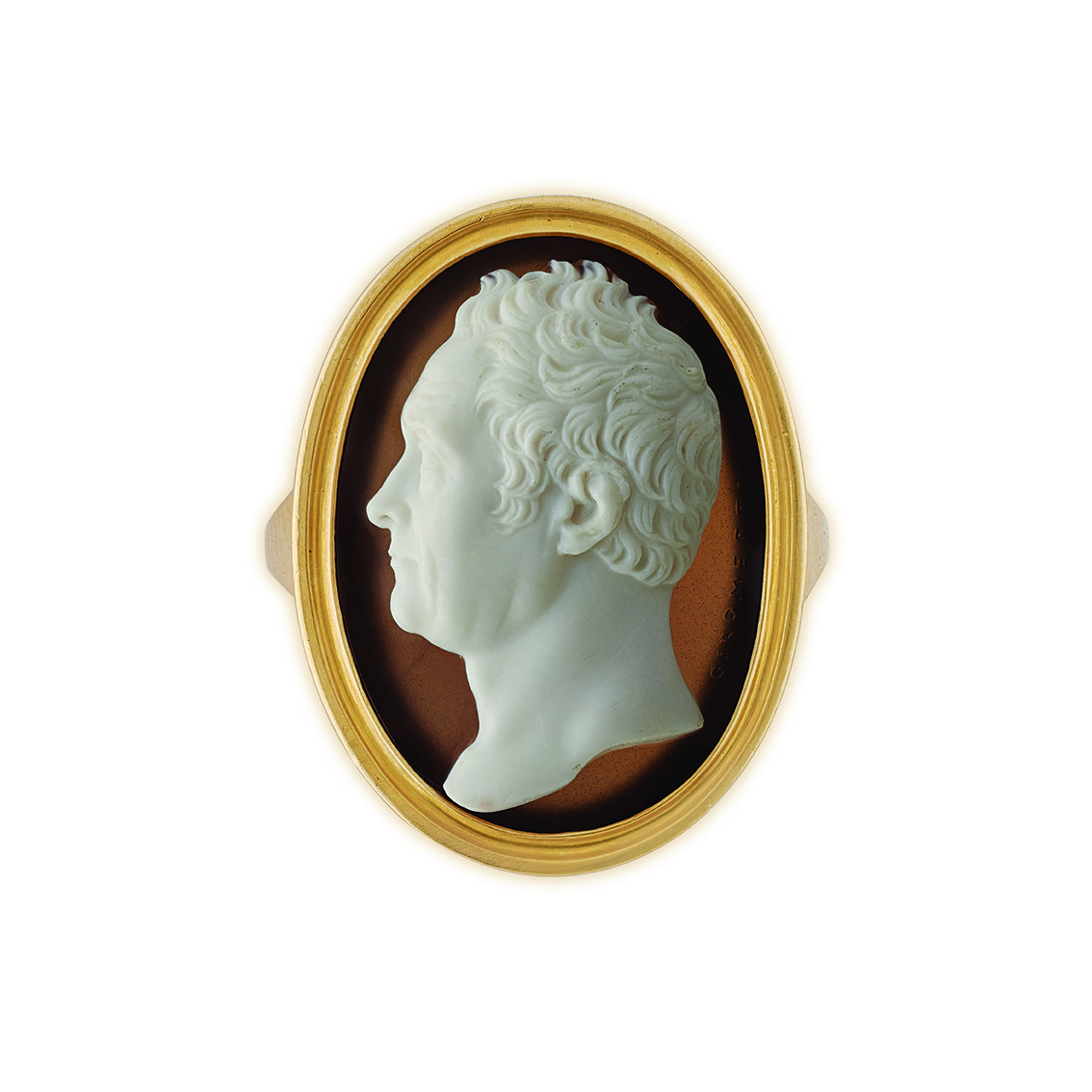 in a translucent brown and white sardonyx, a left facing profile.

Mounted in a yellow gold finger ring contemporary with the gem.

Girometti completed portraits of King George VI, Tsar Alexander I and Tsarina Elizaveta Alexeyevna, the Emperor Napoleon and George Washington. His reputation as a cameo carver of the highest quality was clearly known across Europe and in 1822 he was appointed as an engraver to the Papal Mint.

For visitors to Rome on the Grand Tour, a portrait cut by Girometti would have been an immensely desirable souvenir. A series of three cameos carved with portraits of a father and his two young sons forms part of the permanent collection at the British Museum (Acquisition Nos.: AF.2657-9).