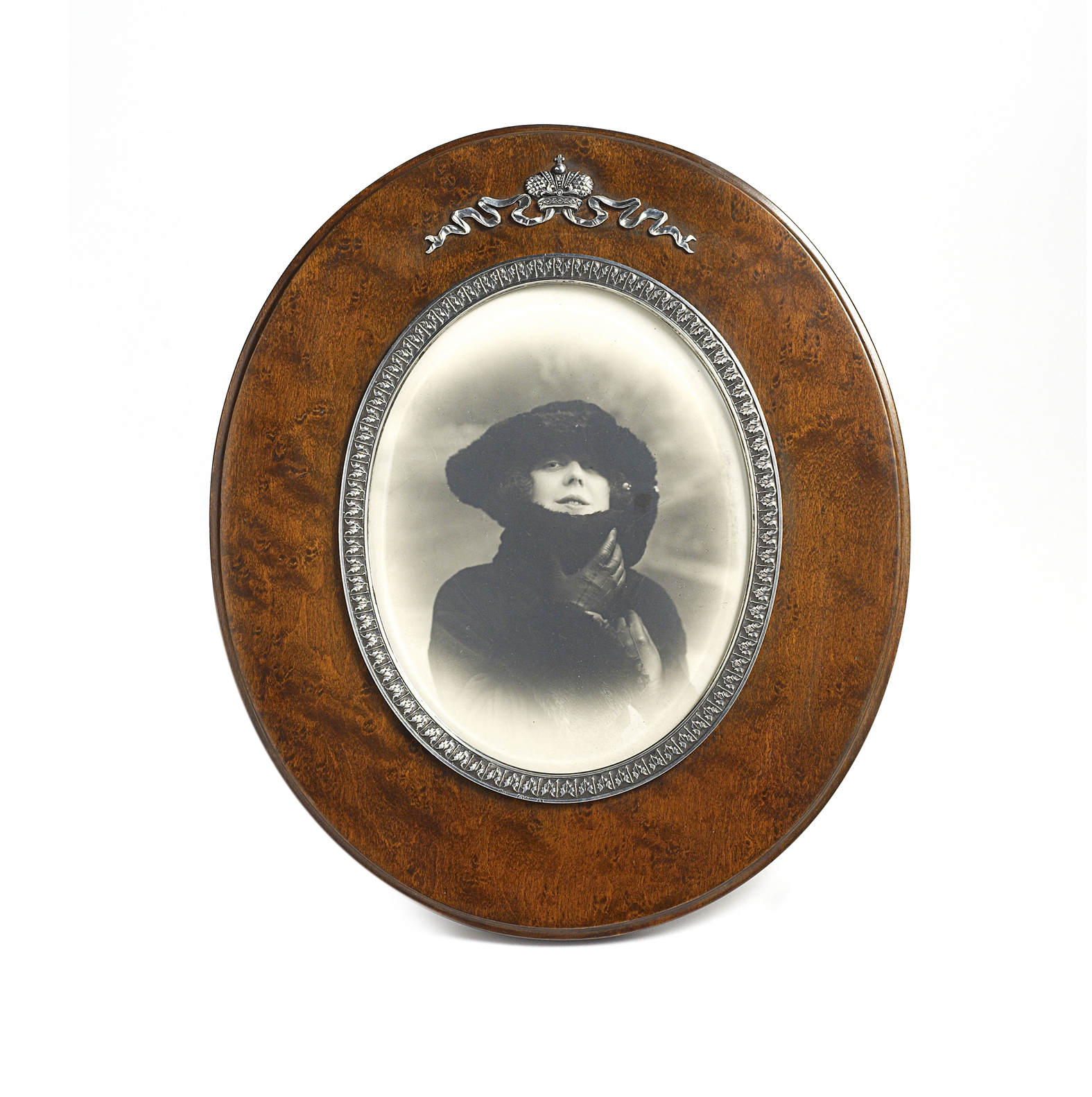 the large oval figured birch frame, centred by an oval aperture containing a sepia photograph of the Prima Ballerina Assoluta Mathilde Kschessinska dressed  in furs, held under glass in a silver bezel of chased acanthus leaves and surmounted by an Imperial Romanov crown.

Mathilde Kschessinska was a close friend of the Fabergé family. Her collection of the firm’s works was substantial and contained pieces from prominent admirers, such as her lover Nicholas II, who had given her a necklace of walnut-sized diamonds. She went on to marry Nicholas II’s cousin, Grand Duke Andrei Vladimirovich, who gave her a Fabergé brooch with blue sapphires weighing 183 carats and later a Fabergé diadem featuring cabochon sapphires.

After fleeing the Russian revolution, she settled in Paris, where she opened a dance studio on Avenue Vion-Whitcomb. One of her pupils was Carl Fabergé’s grand-daughter, Irene, daughter of Alexander Fabergé.