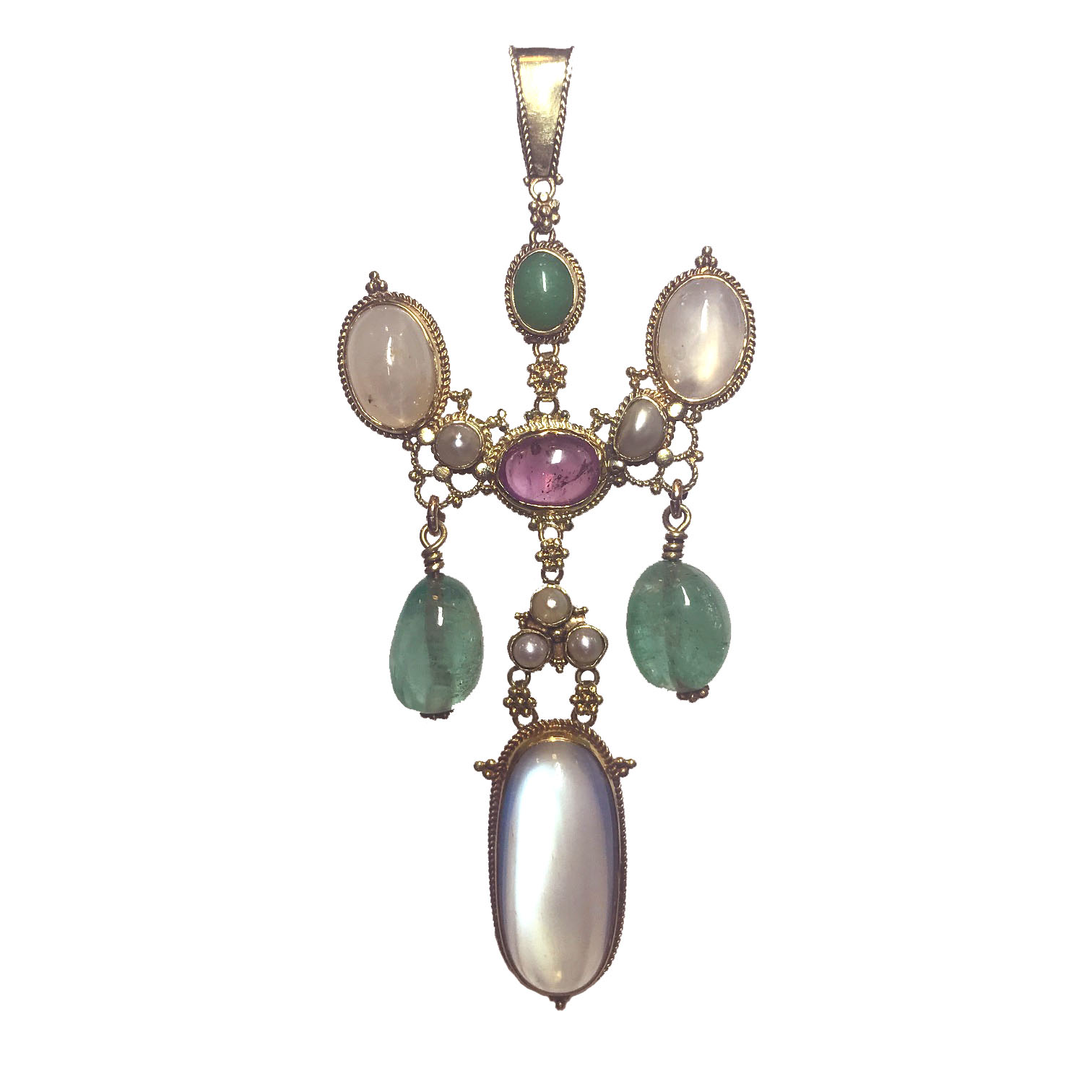 consisting of a yellow gold filigree crescent centred with a cabochon pink tourmaline mounted with pearls and pale white star sapphires, from which are suspended two emerald beads flanking a large cabochon moonstone with a pearl mounted trefoil above.

The Artificer’s Guild was founded in 1901 by Nelson Dawson (1859-1914) with Edward Spencer (1873-1938) in Chiswick. Dawson was a gifted artist and is particularly famous for the enamelled objects and jewels he created with his wife Edith.

In 1903, the Guild was acquired by Montagu Fordham, previously the director of the Birmingham Guild and School of Handicrafts. Fordham had established his own gallery on Maddox Street in 1899, which is where he moved The Guild workshops after acquiring them. Under Fordham’s ownership, Edward Spencer was promoted to the role of chief designer.

Edward Spencer was born in Blackheath and initially trained with architect and goldsmith Henry Wilson. Wilson’s influence on Spencer’s aesthetic is clearly visible. In 1906, Spencer became director of The Guild after Fordham’s resignation, moving the business to Conduit Street and opening a showroom on King’s Parade in Cambridge. The company continued to flourish until Spencer’s death in 1938.

The Artificer’s Guild proved a remarkable venture, showcasing the work of many significant artists and designers of the Arts and Crafts movement. Among the goldsmiths to show their work at The Guild were John Paul Cooper, Henry Wilson and John Houghton Bonnor.