A Carved Nephrite and Enamelled Gold Paperknife by Carl Fabergé 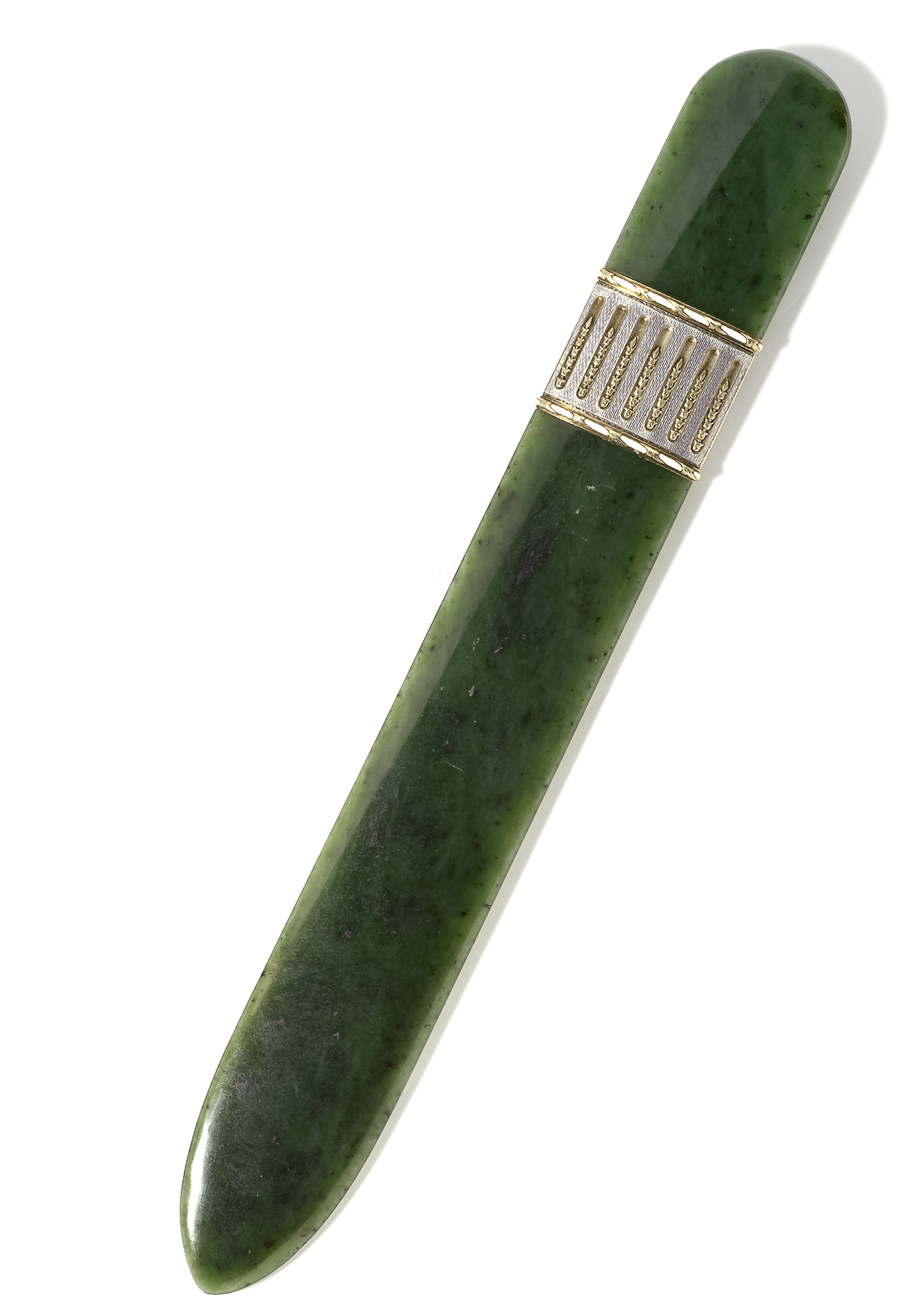 Purchased from Fabergé’s London shop at 173 New Bond Street on 4th December 1915 for £30 by Mrs. Leeds. It is described in the Ledgers as

Fabergé’s London branch sold some of the firm’s finest pieces. Franz Birbaum, Faberge’s manager of works, recalled in his memoirs that items destined for London possessed a ‘greater simplicity of form and more restrained ornamentation, with special attention being paid to the technical finish’.

Mrs. Leeds was a young and beautiful American heiress. She was one of Fabergé’s most important customers and acquired sixty-five pieces from the firm. She later married Prince Christopher of Greece and became Princess Anastasia of Greece.

The design for the paper cutter is contained within the design album of Fabergé’s Chief Workmaster Henrik Wigström, dated 13th September 1912.