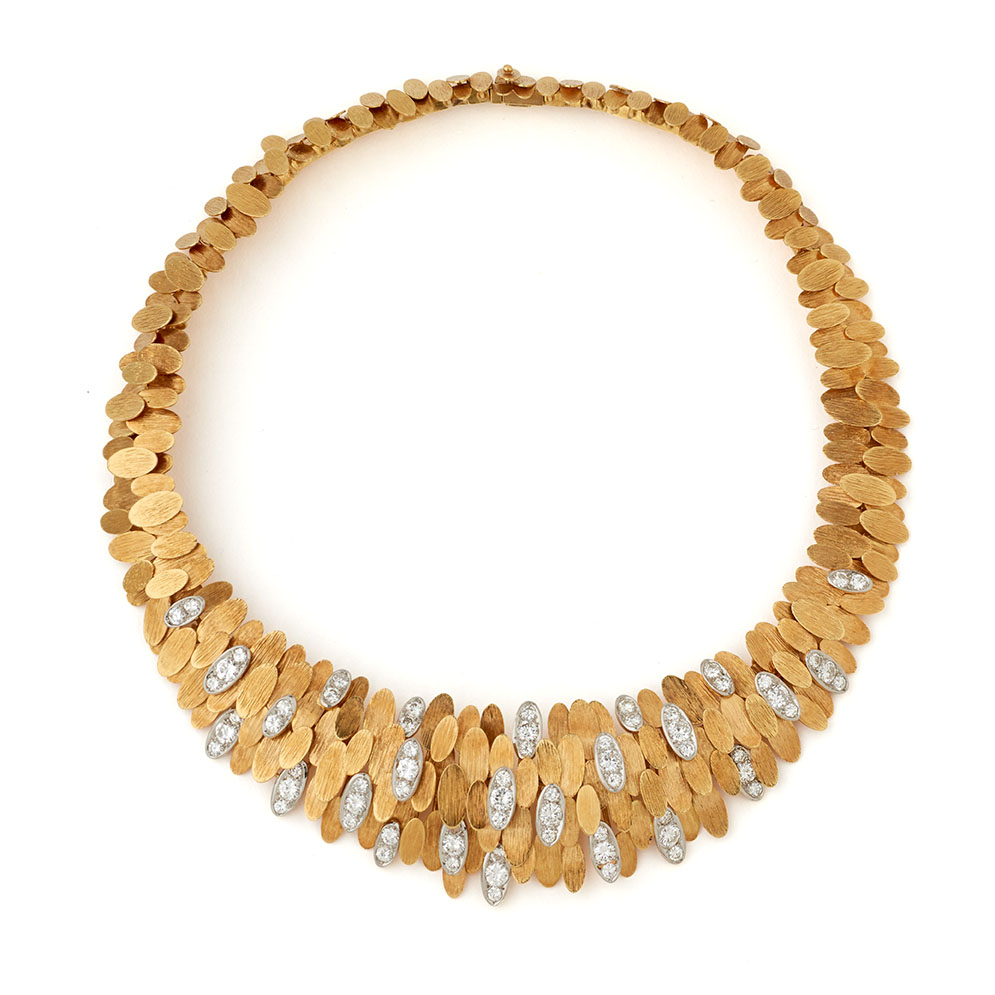 An identical necklace is illustrated in the auction catalogue which accompanied the sale ‘A Collection of Jewelry Designed by Marianne Ostier’ held at the Parke-Bernet Galleries in 1969 after the death of Oliver Ostier.

Ostier Inc. was a New York based company founded in the late 1930s by Oliver Ostier, a third generation Austrian court jeweller. His wife Marianne was a talented designer who developed the modern style for which the company has become so well known.

Marianne was the first life-time member to be elected to the Diamonds International Academy. She was also awarded the Diamond USA Award and the Diamond International Award for design excellence. She represented the United States at the ‘Art in Precious Jewelry’ exhibition at the Finch College Museum of Art in 196, which featured the work of foremost artists and designers from ten countries, including Georges Braques and Salvador Dali.