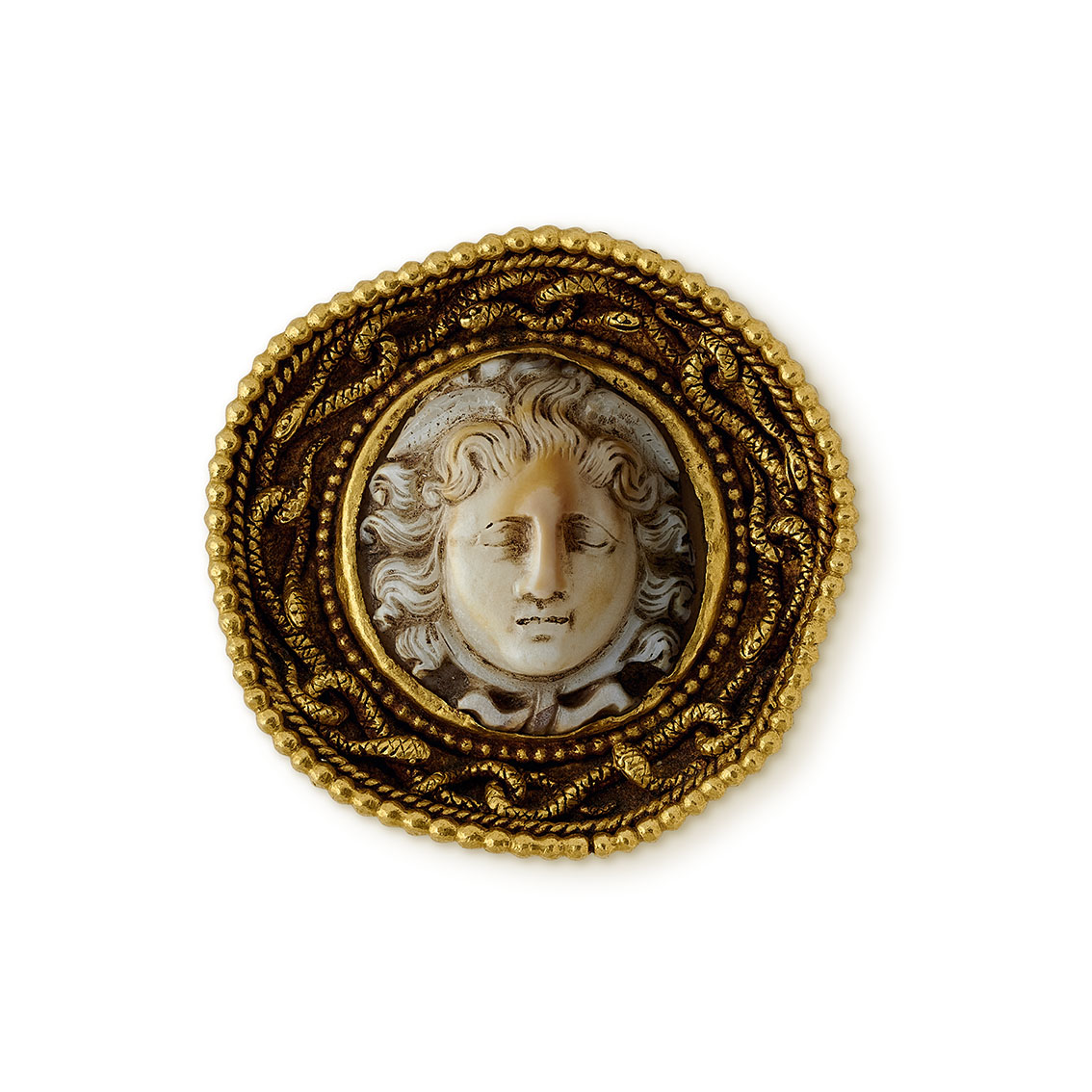 centred with a caramel coloured agate cameo of the Gorgon Medusa, a frontal portrait with wings atop her head and snakes knotted beneath her chin. Mounted in a circular yellow gold brooch, the border comprising intertwined serpents.

Presented in its original fitted case in dark green leather and velvet. The cameo is a 19th Century carving, based on the Gorgoneion gems of Classical antiquity. Whilst the jewel was constructed in the nineteenth century, the jeweller has gone to every effort to make it appear like a treasure from Classical antiquity. 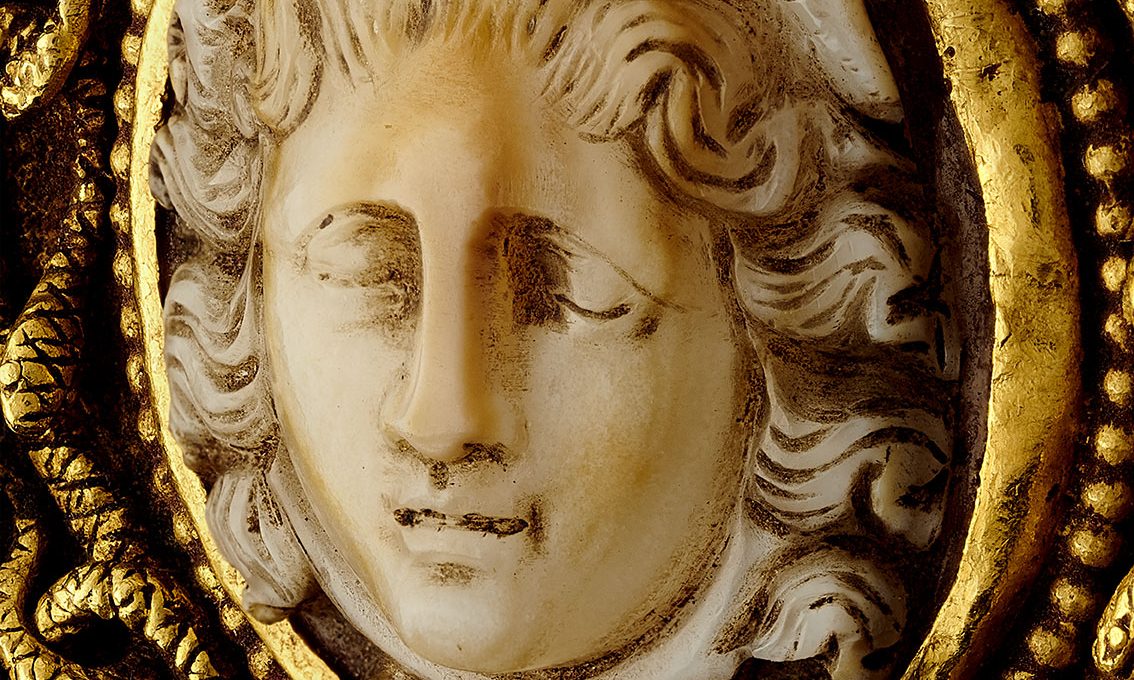 The firm of Wièse was established in 1845 by Jules Wièse (1818-1890), a German goldsmith who had moved from Berlin to Paris and had worked for jewellery firms J-V Morel and Froment-Meurice. It was first located at rue Jean-Pain- Mollet. Wièse sought the finest craftsmen to employ in his studio, such as Emile Philippe and Léopold Hubert, both of whom would become notable goldsmiths in their own right.

He trained his son Louis, who took over the running of the firm in 1880. He received many notable commissions, including one in 1855 from Napoleon III for a casket in which the famous talisman of Charlemagne was to be kept and placed in the Palace of Saint-Cloud. Wièse was also commissioned by his native city of Autun to fashion a golden presentation sword to be gifted to Marshal MacMahon in 1860. Wièse participated in the Paris Exposition of 1849 as a contributor to the presentation of Froment-Meurice, for which he won a medal. He exhibited under his own name in the exhibition of 1855, where he received a gold medal.

M Magne, wrote of his work in 1855 “the importance of his pieces and his brave experiments reveal, even in the most modest work, an awareness of art and beauty which deserves to be encouraged by the jury.” He also exhibited at the London Exhibition of 1862 where he won another gold medal, as well as the Paris World Exhibition of 1867, where he displayed a series of jewels in the archaeological taste. The firm was famous for creating jewels and objects in the archaeological, gothic and renaissance tastes, often in a buttery high carat gold. Often artificially bruised and slightly beaten to enhance their antique look, the surface of the metal was sometimes treated with mercury oxide to promote reddish coloured bloom, so that the jewel appeared to have been buried.