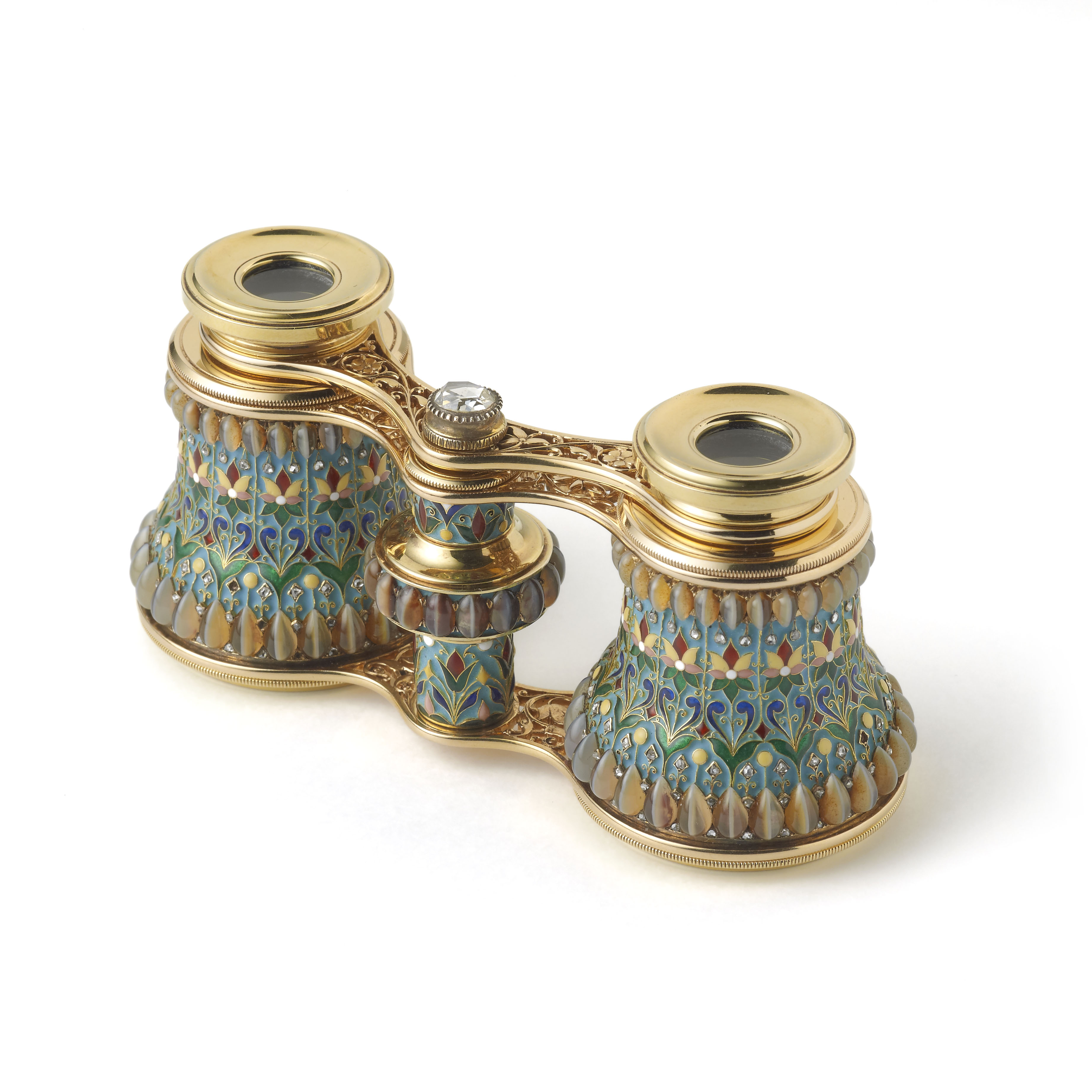 A pair of opera glasses by Lucien Falize composed of gold lavishly decorated with contrasting opaque and translucent enamels of vivid hues, further set with rows of diamonds, both cylinders bordered with striated agates and joined by openwork gold floral and foliate motifs, the centre section with swivelling adjustment knob similarly decorated and set at one end with a rose cut diamond, the other featuring an engraved initial ‘B’.

The presence of the initial ‘B’ indicates that this luxurious objet d’art is likely to have been destined for the wife of Prince de Béarn-Viana (1840-1893), one of Lucien Falize’s most eminent patrons. He married Cécile de Talleyrand-Périgord, Princesse de Chalais in 1873, and from that date commissioned for her many pieces of jewellery from Lucien Falize.

The sophisticated enamels were carried out by one of two freelance enamellers, Louis Houillon or Etienne Tourrette, who both contributed to the masterpiece exhibited by Falize at the Exposition Universelle of 1889, the triptych ‘Les Trois Couronnements’, and were listed in partnership in the trade directory ‘Azur’ from 1880 to 1889 as ‘Emailleurs en Bijoux’. They both subsequently exhibited under their own names at the Salon de la Société des Artistes français and the Salon de la Société Nationale des Beaux-Arts.

Etienne Tourrette was awarded a Grand Prix at the Exposition Universelle of 1900.

Striated agates were set to the cover of a locket by Alexis and Lucien Falize, signed with their first registered poinçon and made before 1875.