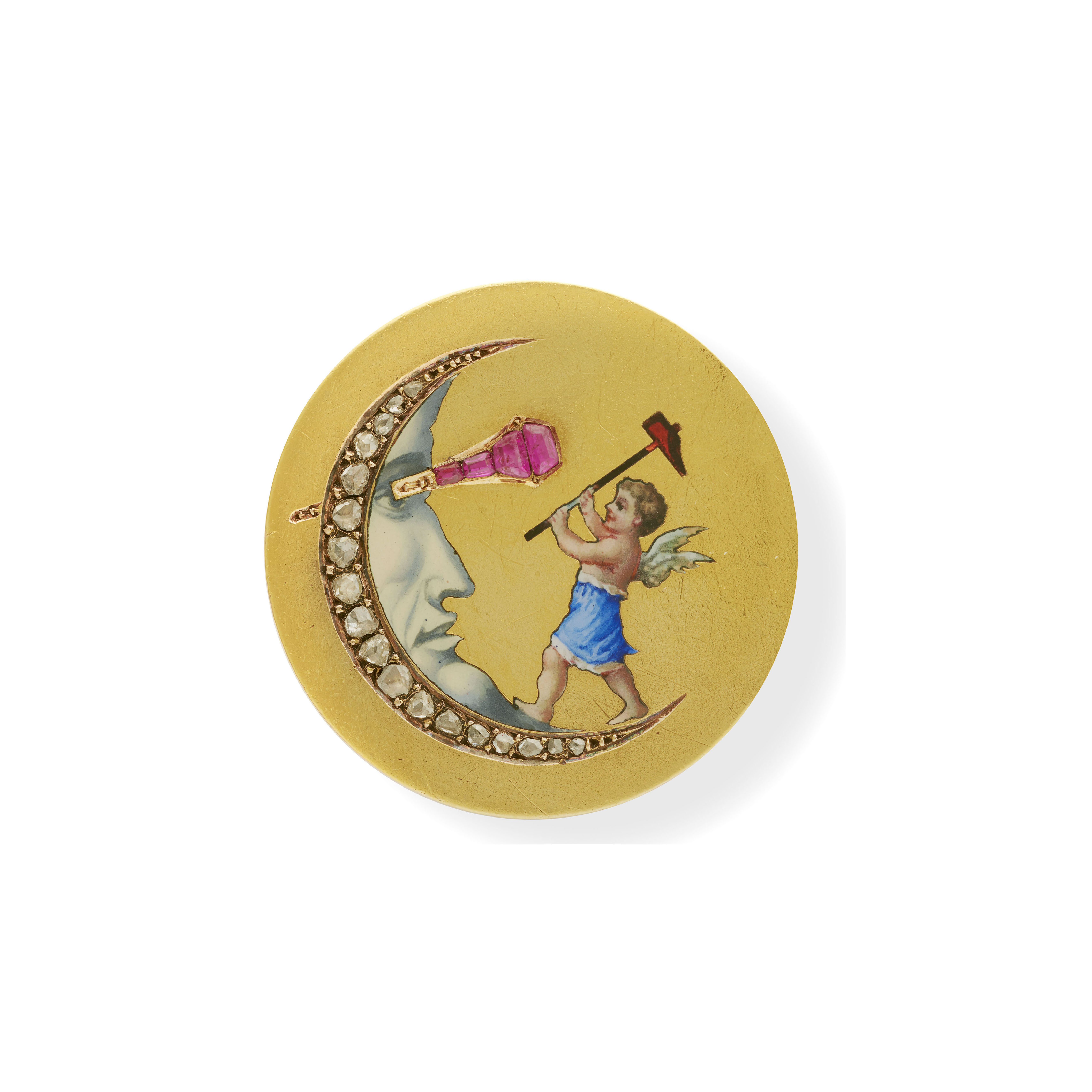 of circular shape, depicting the painted enamel figure of Cupid hammering a ruby mounted horseshoe nail into the eye of the Man in the Moon, the edge of the moon mounted with rosecut diamonds.

The complex symbolism of this jewel is most likely derived from several allegories to love which would have been familiar to 19th Century audiences.

The ruby mounted horseshoe nail is often used in jewellery to represent ‘lucky in love.’ An arrow or a nail in the eye is an emblem of ‘love is blind’ or ‘love makes you blind.’ The significance of the moon may well relate to the concept of being ‘moonstruck’ (behaving oddly as a result of being in love). Diamonds represent eternal love, for they are indestructible and forever pure.

The moon is famously mentioned in Shakespeare’s ‘Romeo and Juliet,’ arguably the most famous work of romantic literature ever written. In Act 2 Scene 2, Juliet pleads with Romeo:

“O, swear not by the moon,
Th’inconstant moon,
That monthly changes in her circle orb,
Lest that thy love prove likewise variable.”

Perhaps Cupid is pinning down the ‘inconstant moon’ with true love?