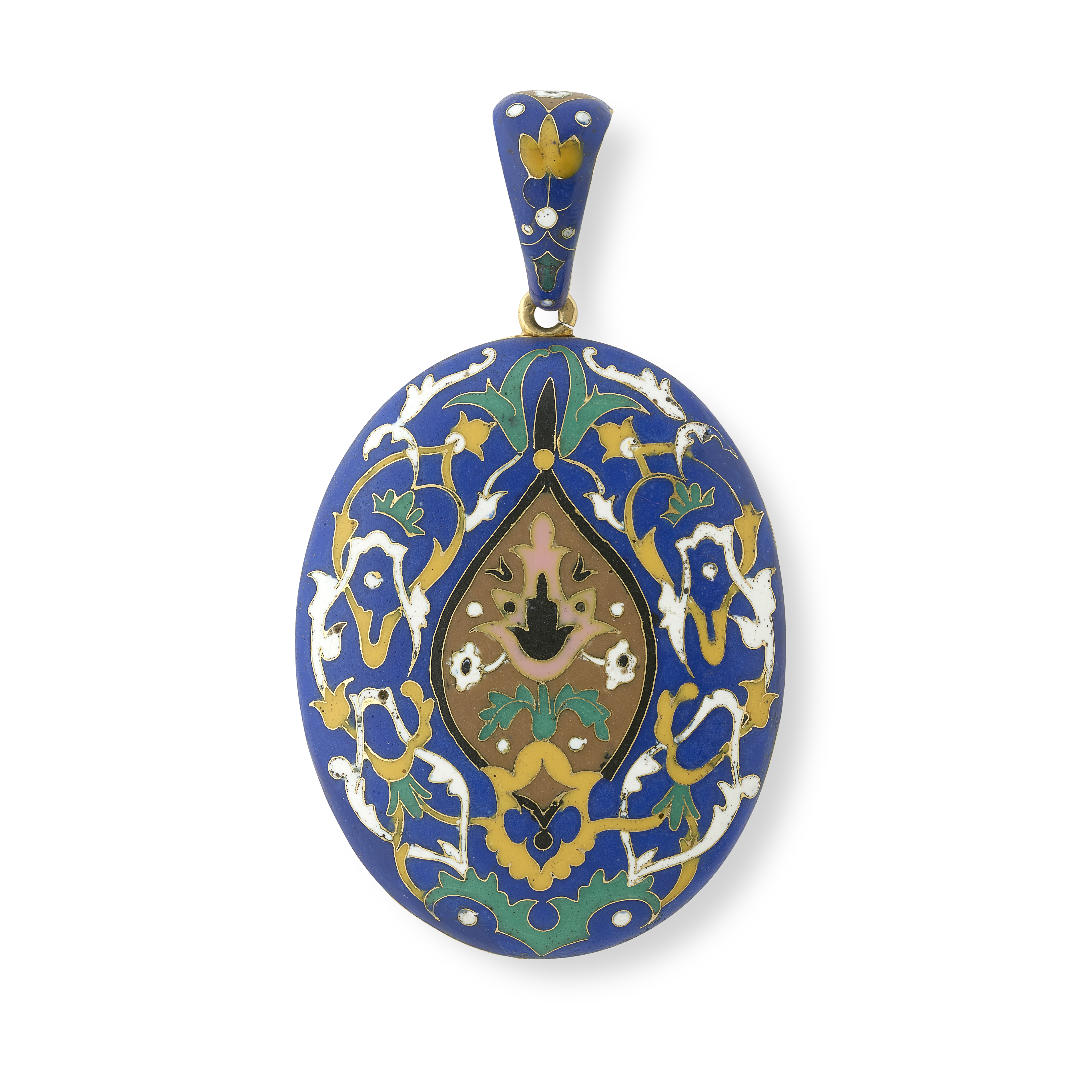 the opaque enamels by Antoine Tard, the oval surface decorated with stylized palmettes and the border of interwoven white, yellow and green enamelled motifs against a Royal blue ground, the suspension loop of matching colours attached to the hinged glass panel on the reverse. This protects a counter enamel decorated with further stylized palm ornaments in pink, yellow and grey enamels flanked by green foliage against a powder blue ground. 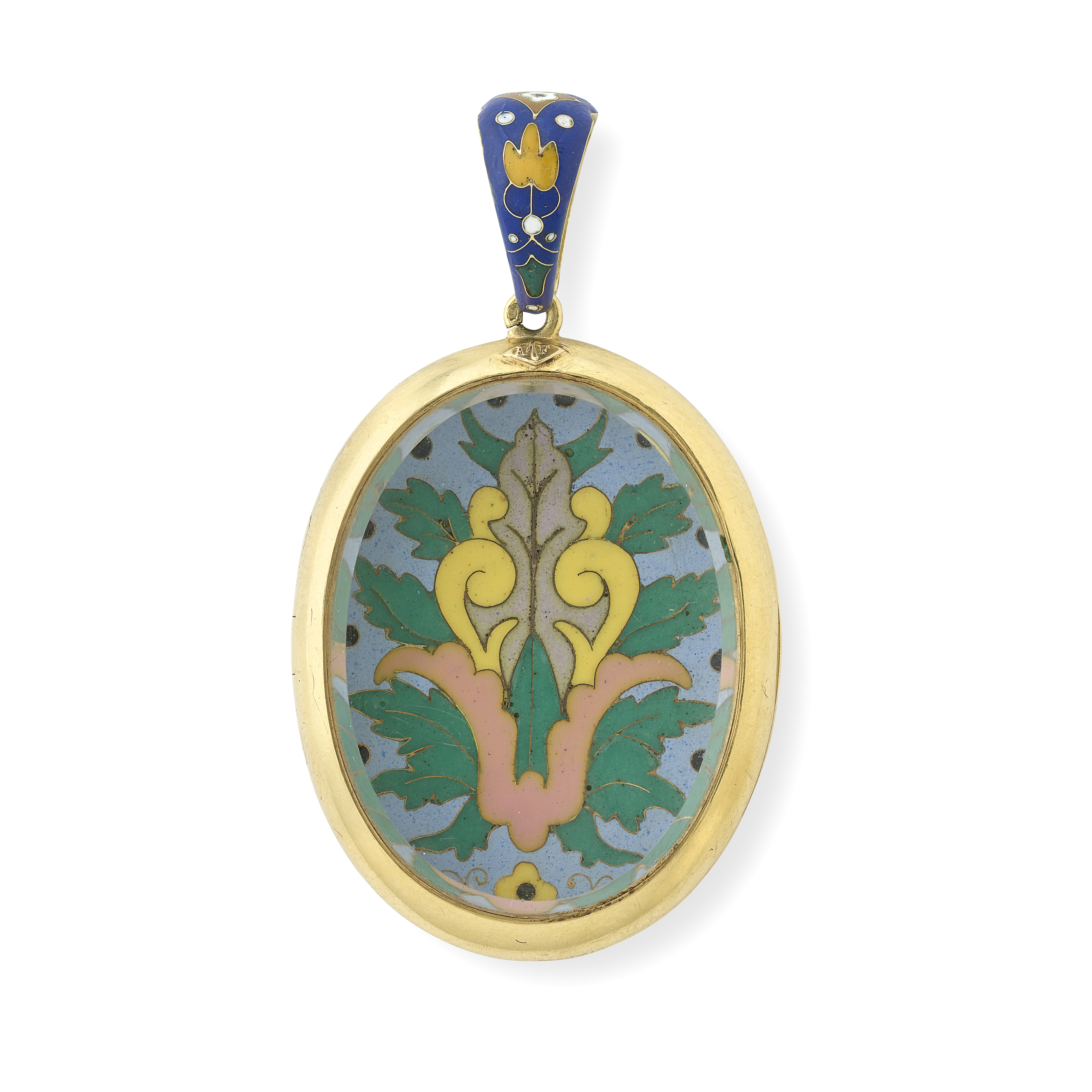 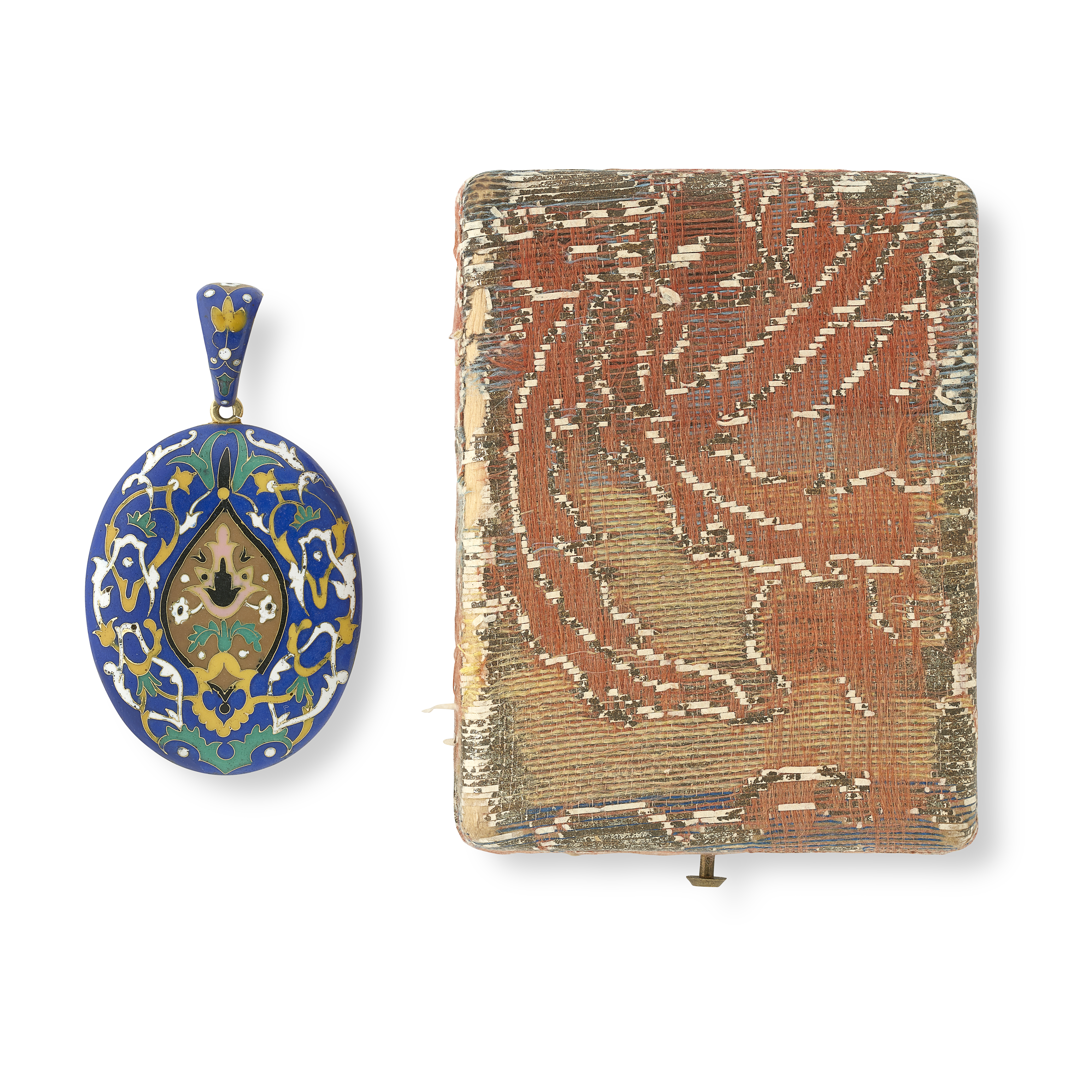 The locket is preserved in its original case covered with an orange Japanese silk dating c.1860, the silk within of maroon colour. Several such original boxes containing jewels by Falize have come to light, some with retailers’ names on the lid satin such as Tiffany and Co. (for a cloisonné enamelled locket held in The Cleveland Museum of Art) others left plain such as those for a cloisonné enamelled necklace and earrings preserved in the Ashmolean Museum, Oxford.

During the second half of the nineteenth century, pictorial encyclopaedias of decorative art became available on an unprecedented scale. Owen Jones’s Grammar of Ornament, published in 1856, contained a wealth of patterns, designs and architectural motifs drawn from a multitude of sources, while Auguste Racinet’s Ornement Polychrome, published in 1869 and owned by Alexis and Lucien Falize, was an  important reference work and used by them on many occasions.