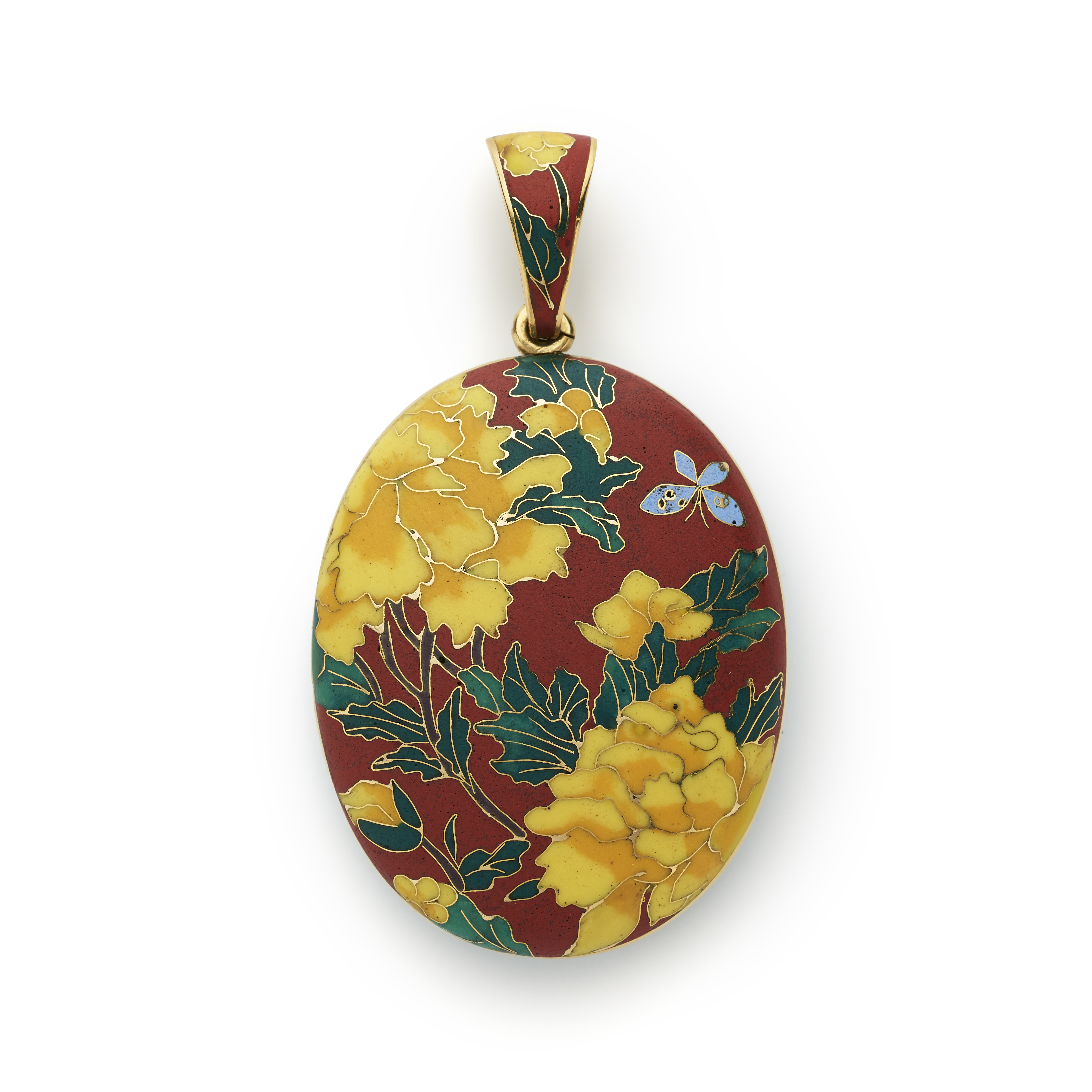 designed and mounted by Alexis Falize, the enamels by Antoine Tard, the cover decorated with full blown yellow peonies against a background enamelled lacquer red. The jewel is unusual in being decorated on all four of its faces, the back cover with a cockerel and a hen against a turquoise blue ground, the inside panels with a duck amongst foliate stems and two swooping cranes respectively. Gold wires are used as decorative elements in themselves, depicting grasses at the foot of the scene.

The reverse of the loop is enamelled with the letter ‘T’ in red, the first known instance of Antoine Tard’s initial appearing on a jewel.
Paris, c.1869. 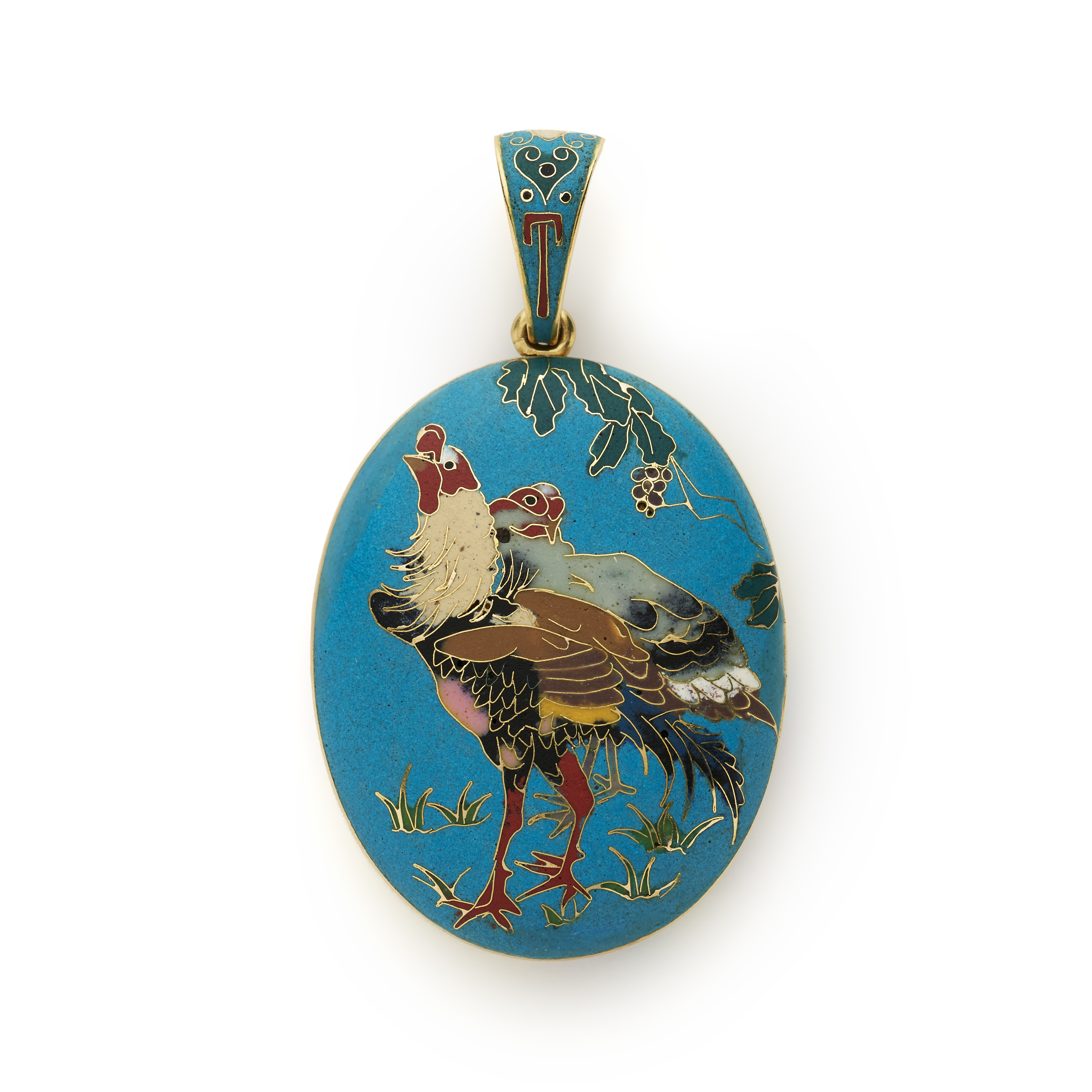 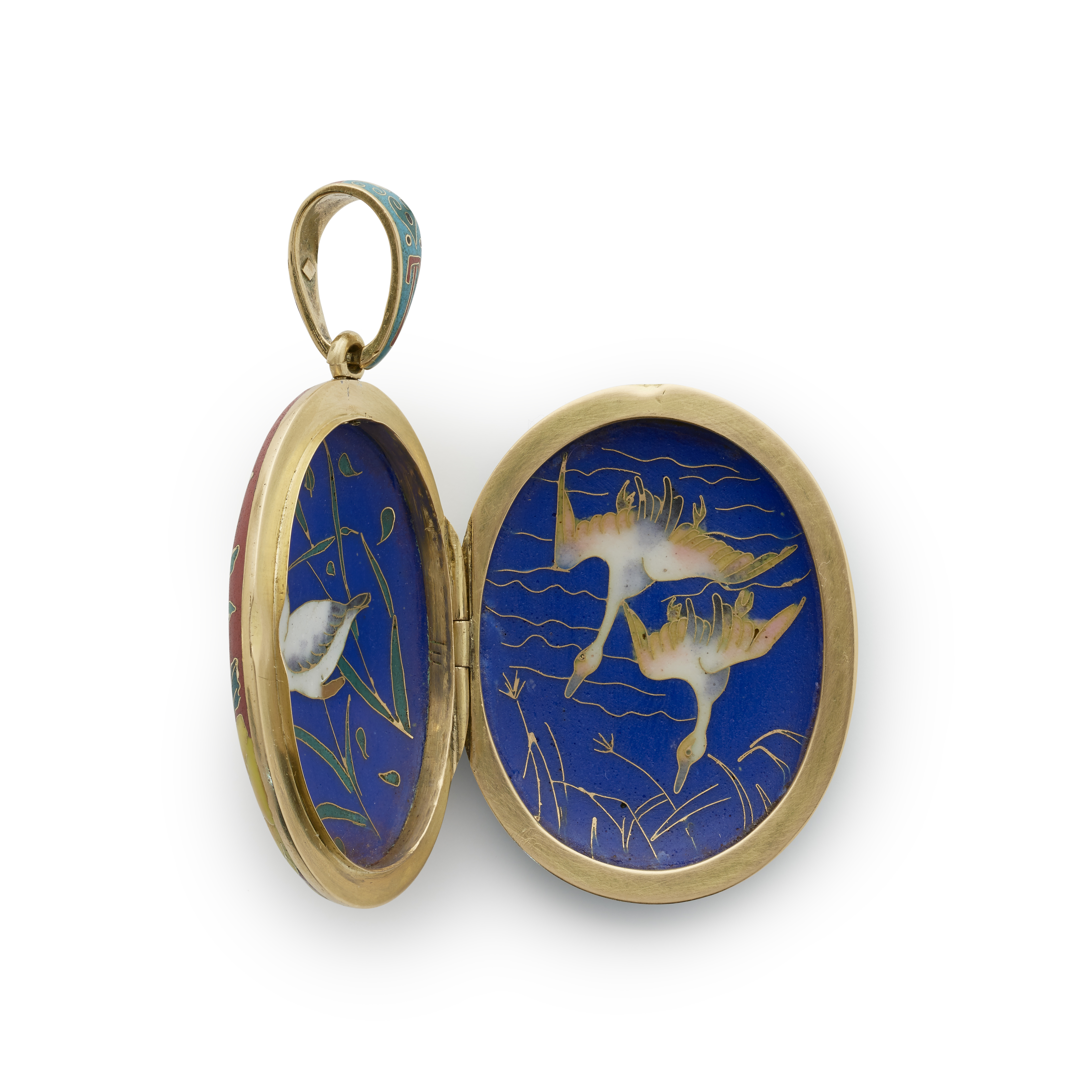 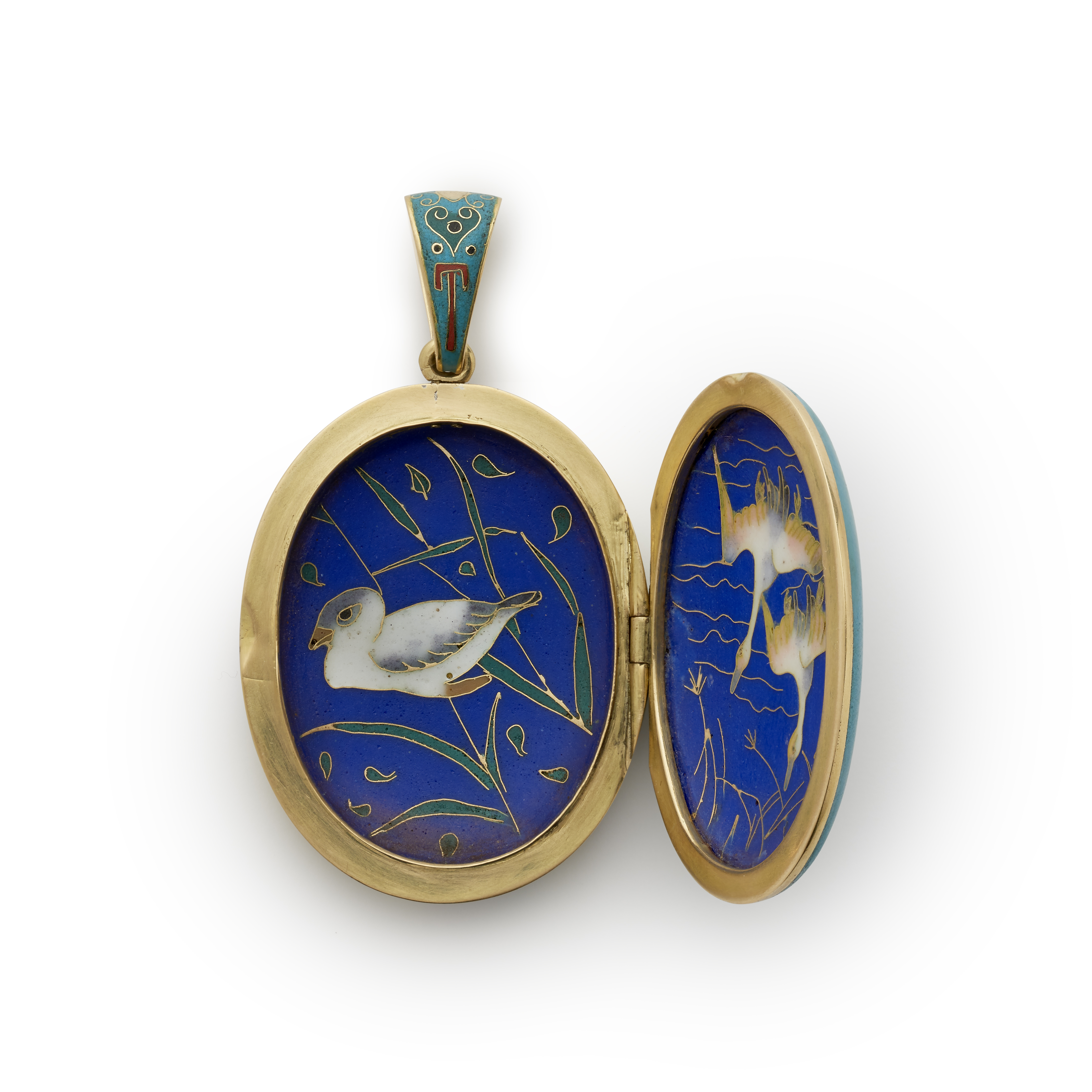 Such cloisonné enamelled pendant lockets by Alexis Falize form part of the collections of the British Museum, the Victoria and Albert Museum and the Schmuckmuseum in Pforzheim. However the only other known example to be decorated on its four faces is preserved at the Musée d’Orsay, the panels within depicting Noh theatrical masks.

Alexis Falize was profoundly inspired by woodblock prints by artists such as Hokusai and indeed owned fifty such paper bound volumes before 1871.  Three volumes included Hokusai’s Manga which contained sketches of a wide range of subjects including flora and fauna.

The talents of the enameller Antoine Tard were sought by such firms as Christofle and Boucheron. The technical excellence of these jewels prompted the South Kensington Museum to acquire such works by Alexis Falize as early as 1867 when they were displayed for the first time at the Exposition Universelle in Paris.