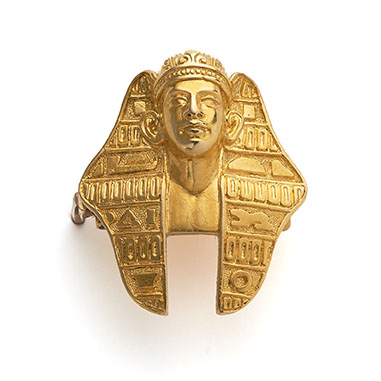 in the form of a Pharaoh’s head in yellow gold with stylised hieroglyphics running across his headdress. Presented in its original leather box. 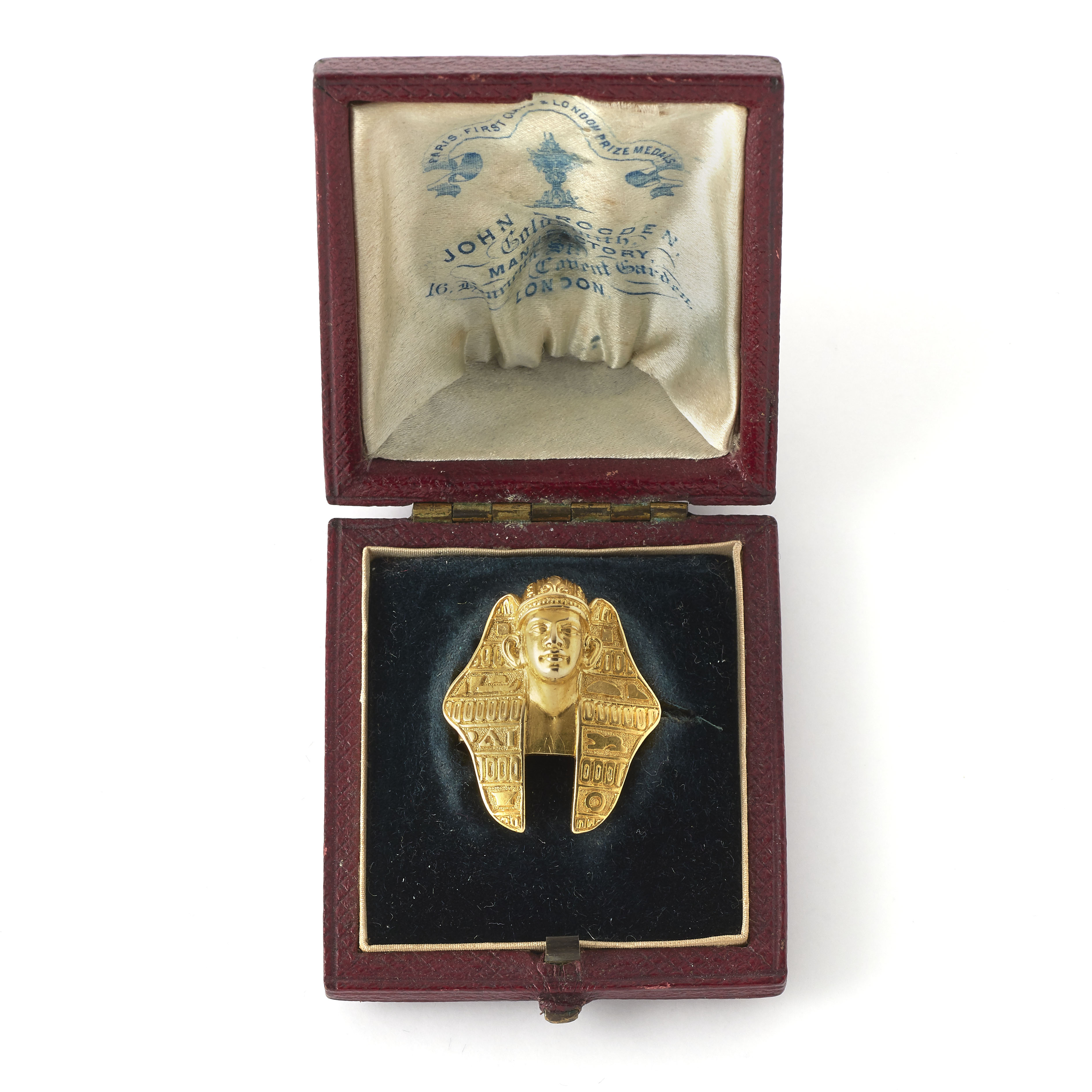 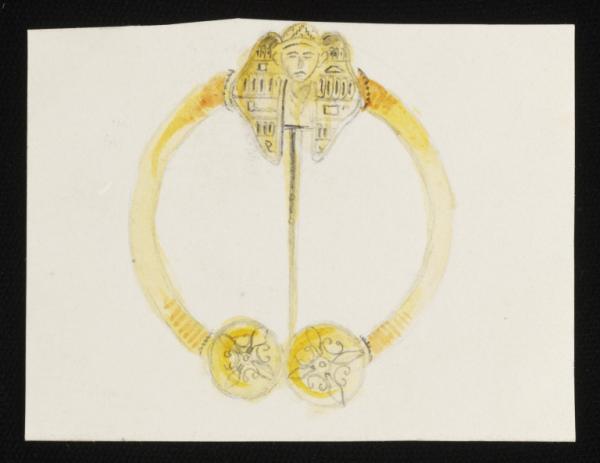 The design for a near identical jewel appears in John Brogden’s surviving archive kept at the Victoria and Albert Museum.

There was a feverish interest in ancient Egypt during the 19th Century. George Ebers wrote in his two-volume opus on Egyptian history in 1878 that “the child knows the names of the good and the wicked pharaohs before it has learned those of the princes of its own country.” Oscar Wilde perhaps caught the mood most eloquently in his poem ‘The Sphinx’ where he pondered upon the life of the Egyptian monument: “you can read the Hieroglyphs on the great sandstone obelisks, And you have talked with Basilisks, and you have looked on Hippogriffs.”