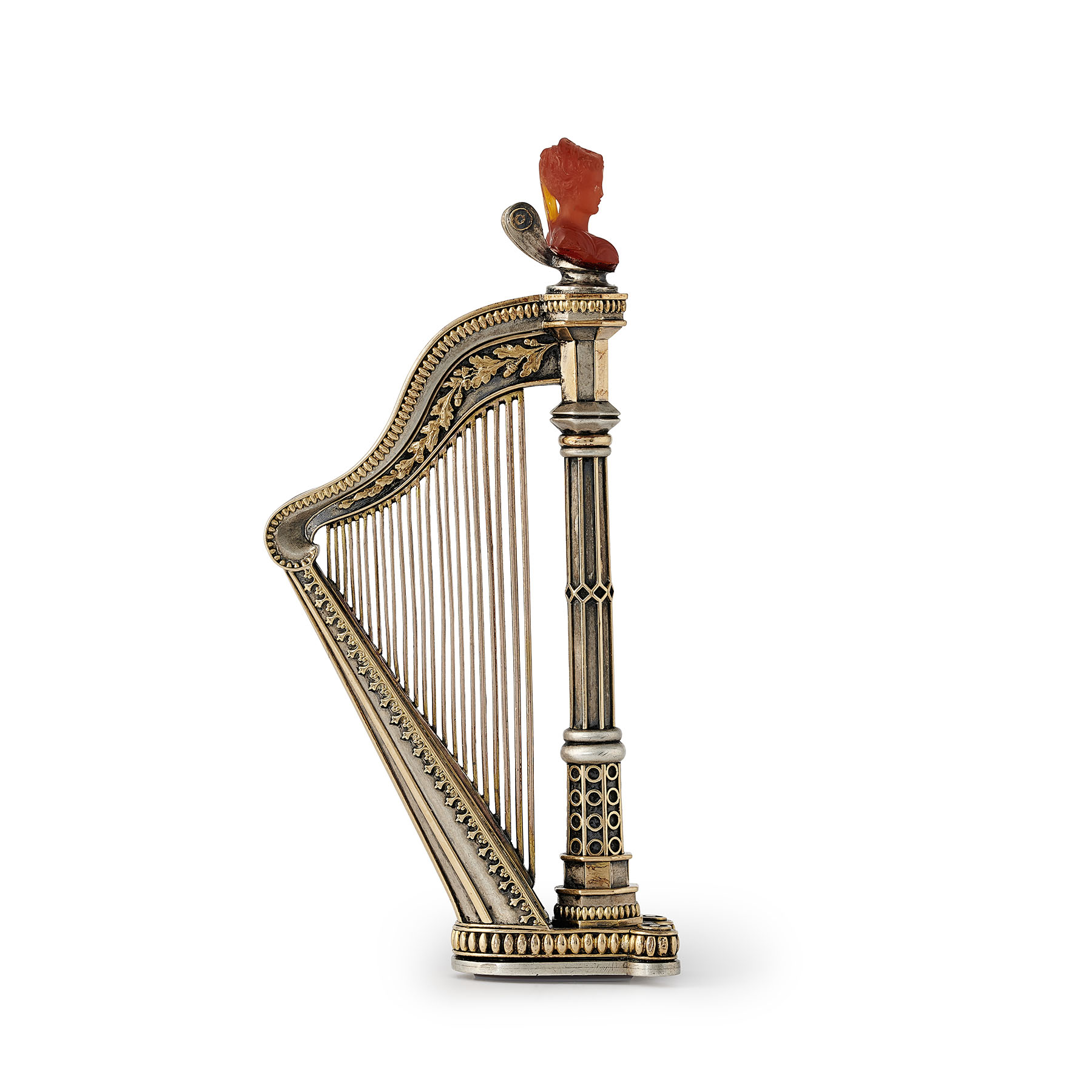 a desk seal modelled as a harp in silver, the strings in rose coloured gold, the neck decorated with chased gold oak leaves, acorns and beading, the sound box embellished with pierced and chased fretwork and banding, the pinnacle topped with a carved carnelian bust of Psyche, denoted by the two silver butterfly wings on her back. The base mounted with a carnelian sardonyx engraved with a miniature of the harp surrounded by the motto ‘Je Responds A Pui Me Touche’ (I respond to who touches me). 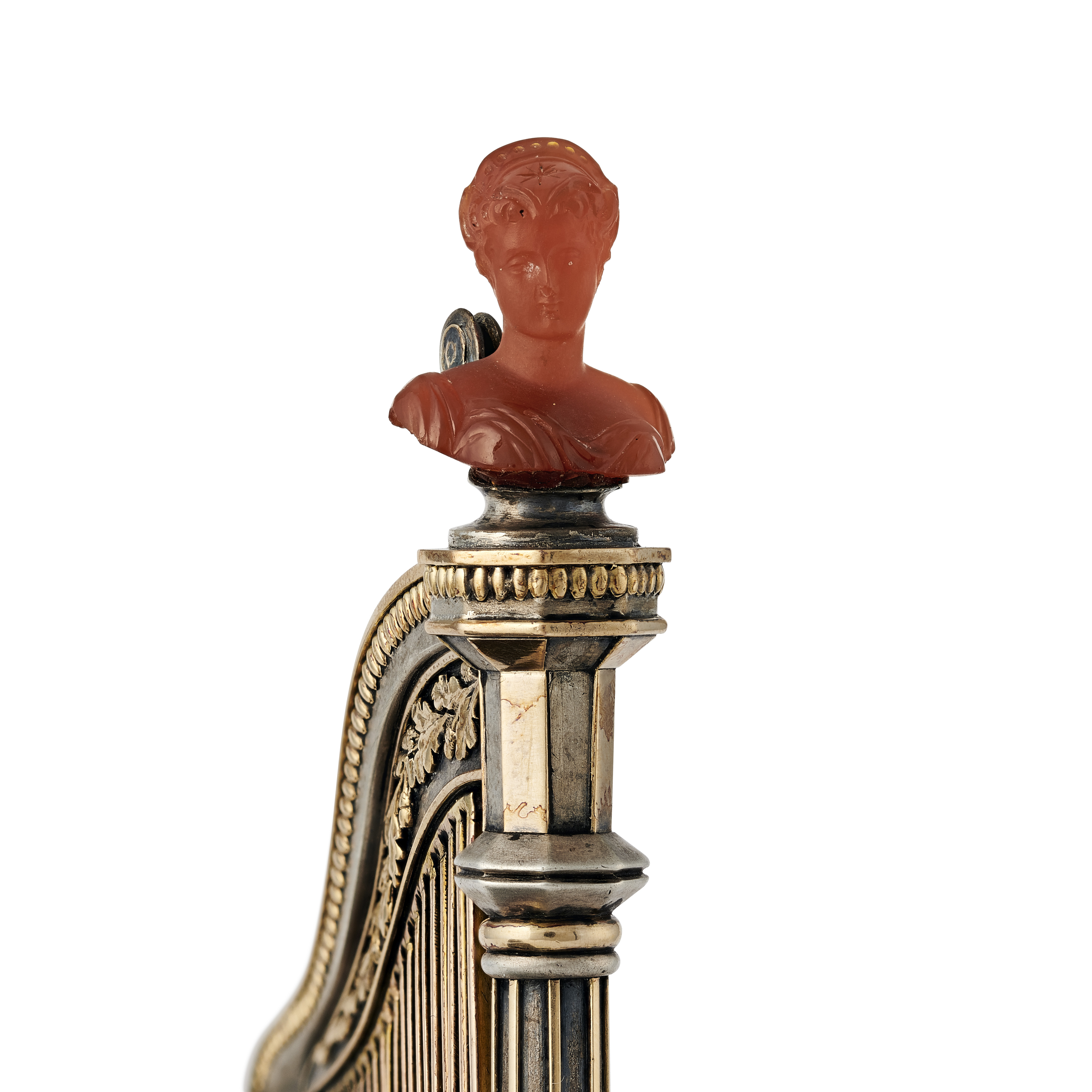 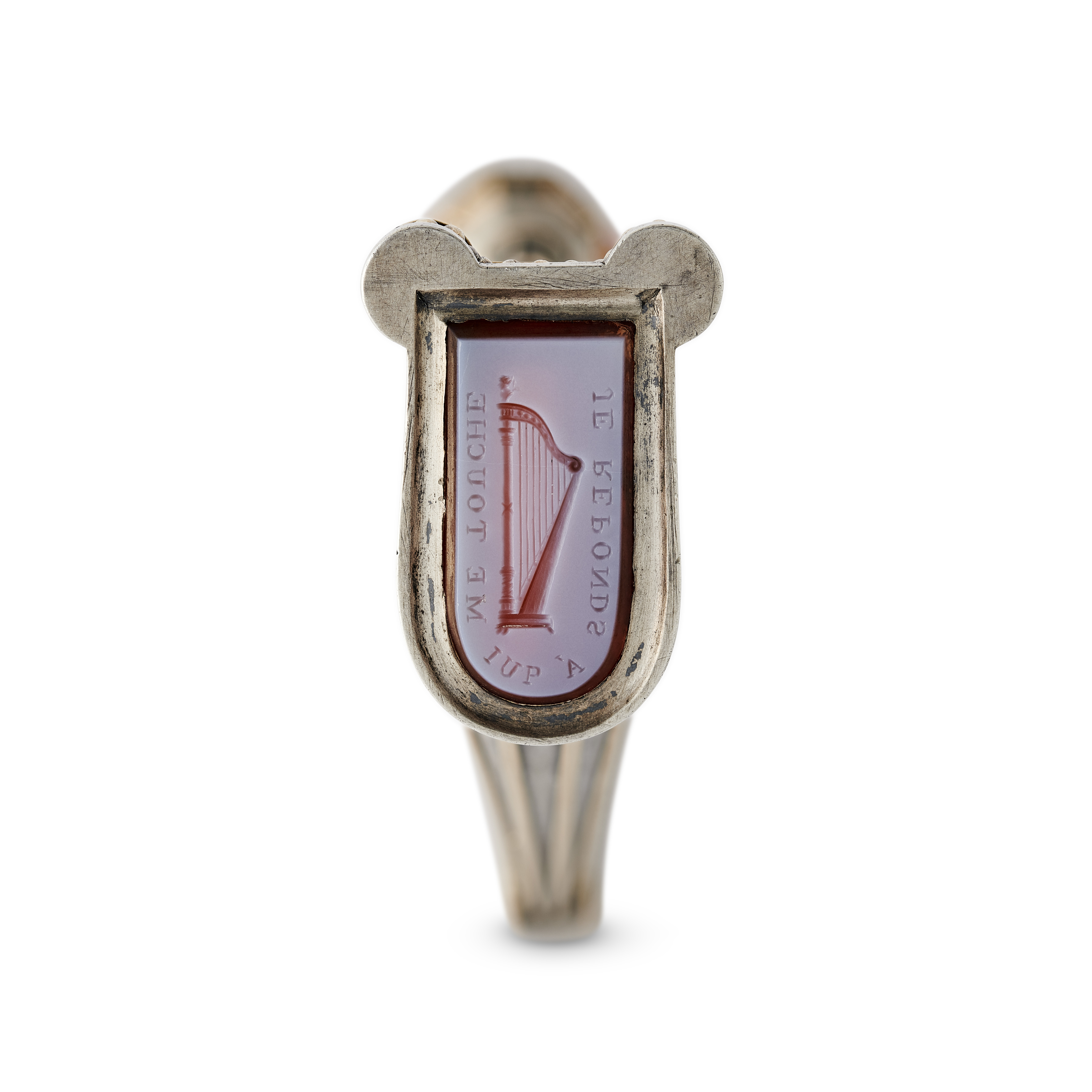 The tale of Eros and Psyche first appeared in late antiquity in The Golden Ass or Metamorphoses by Lucius Apuleius. Psyche’s story became an allegory of the soul’s turbulent journey through life. Psyche is the Greek word for ‘soul’ or ‘spirit.’ The butterfly is an attribute of both the heroine Psyche (the mortal made immortal) and the soul. It was thought that the spirit escaped the body at the point of death through the mouth in the form of a butterfly. The harp represents harmony and creativity, the opposite of a weapon, which is used for bloodshed or violence. The god of love Eros is often depicted holding a musical instrument as a symbol of virtuous love, a rebus for Amor Vincit Omnia (love conquers all). The result of Eros and Psyche’s union was their daughter, Voluptas (Pleasure)