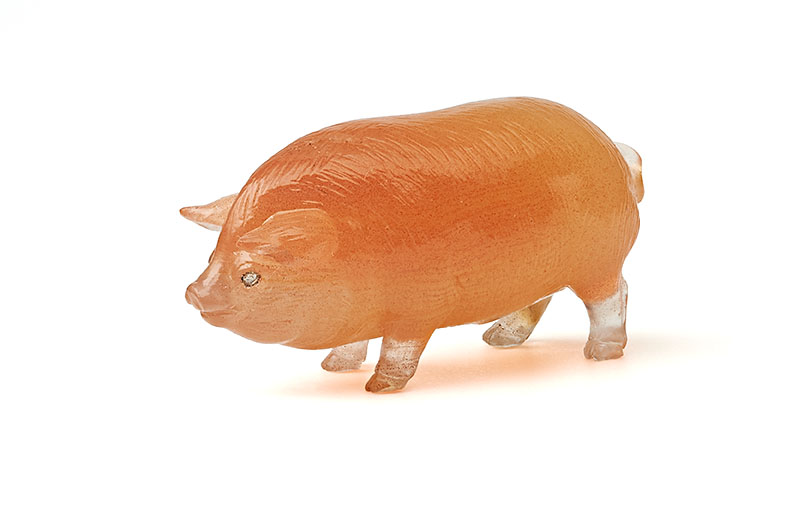 carved from a single piece of reddish coloured agate in a standing position, the curled tail and hooves naturalistically modelled, its eyes set with rose diamonds.
Contained in its original silk and velvet lined fitted holly wood case, the lid silk stamped in Cyrillic
‘Fabergé, St. Petersburg, Moscow, Odessa ’ beneath the Imperial warrant. 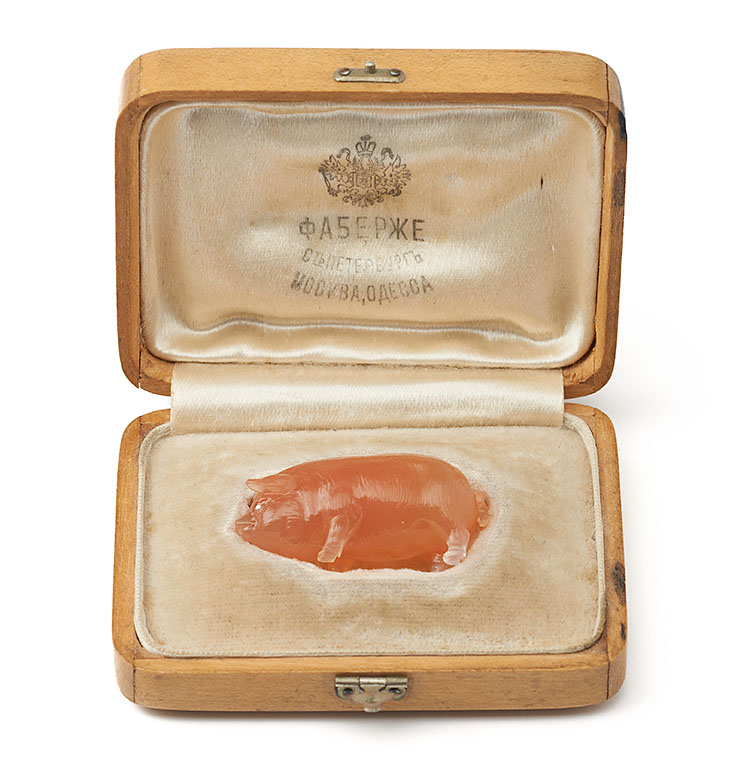 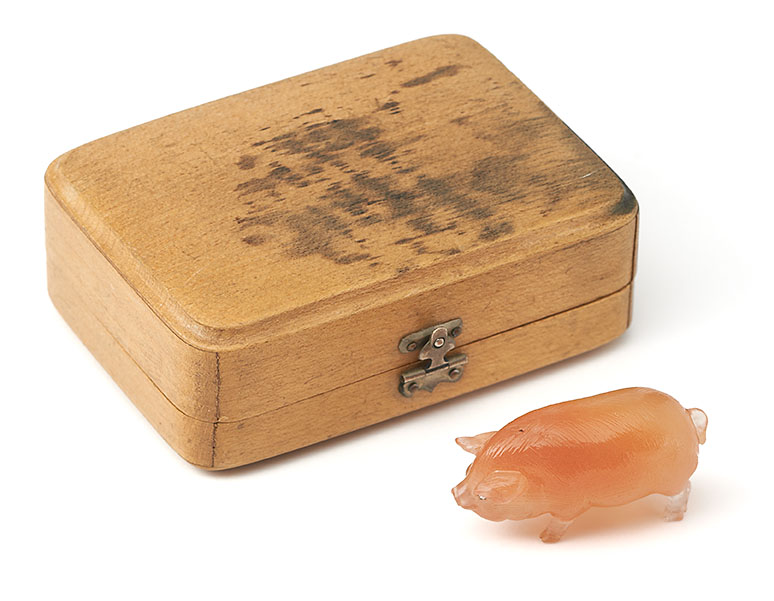 The orange coloured agate was clearly  selected by the lapidary to mimic the coloration of a ginger haired breed, such as a Tamworth.

Franz Birbaum, who managed Fabergé’s workshop, refers to the whimsical animal sculptures the firm created in his memoirs. He recalls that “many highly placed people collected these figures, and others knew that additions to the collections were favourably received.”

Queen Alexandra, consort to Kind Edward VII, had a particularly insatiable appetite for Fabergé’s animal figures and would regularly be given them on birthdays and special occasions, as well as purchasing them directly from the shop.

The Royal Collection contains nineteen lapidary studies of pigs by Fabergé. Two examples in the collection (no. RCIN 40424 and 40011) are similarly modelled to the above.