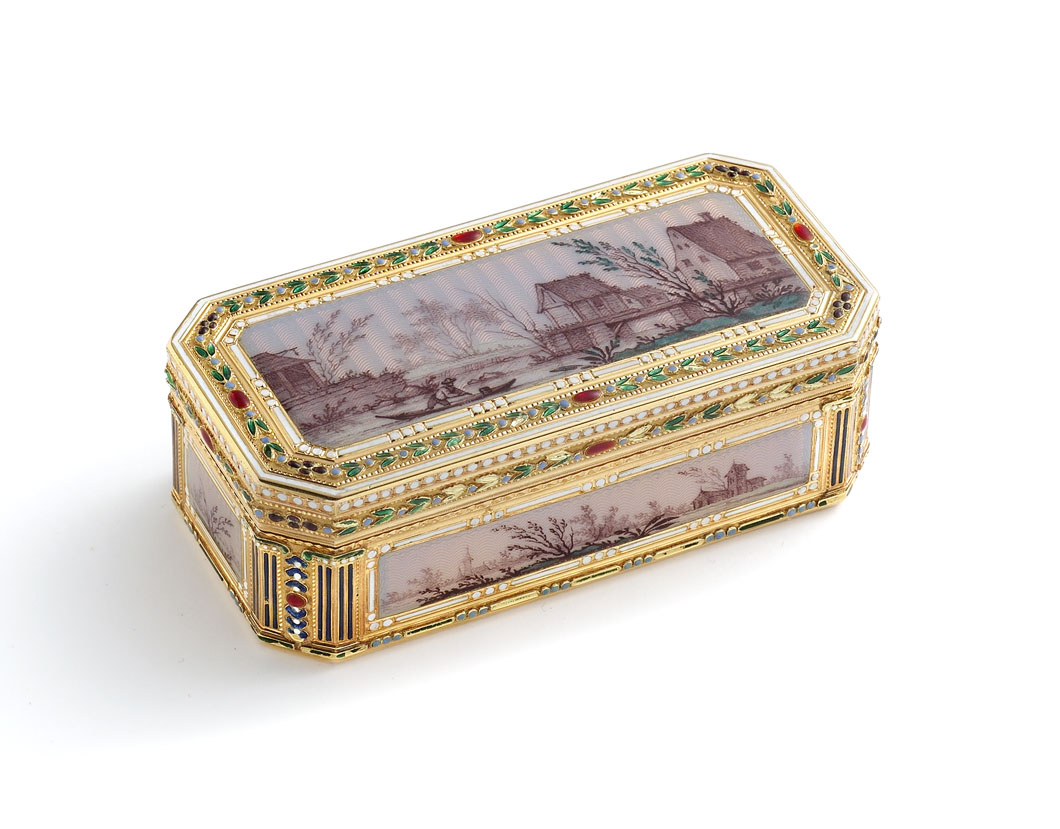 of rectangular form with canted corners, decorated with six enamelled panels depicting a winter landscape in opalescent sepia grisaille accented in green,  the wavy guillochage mimicking rays of winter sunlight breaking through the mists, the granulated gold borders enamelled with opaque white ‘dot and dash’ surrounds, a further border of leaf and berry motifs in green, red and opalescent enamel on the outer edge. 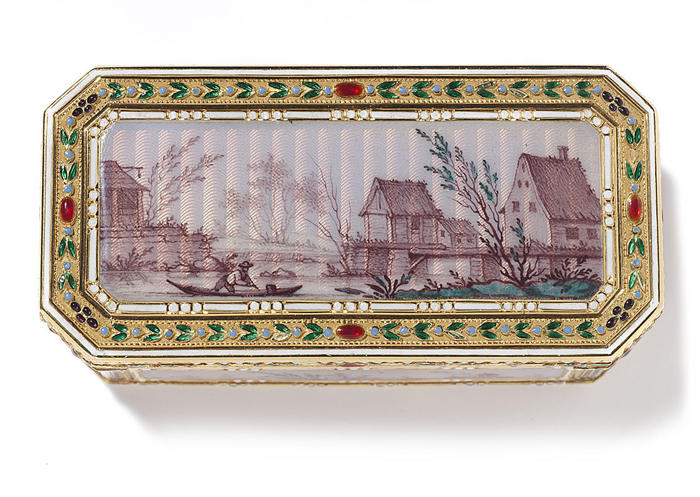 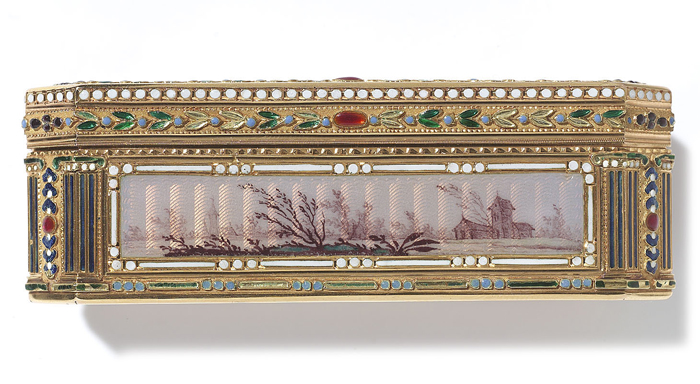 From the collection of the late Sir Terence Rattigan.

In ‘Eighteenth Century Gold Boxes of Europe’, Kenneth Snowman describes the box as being of ‘the utmost finish in execution’.  Made in 1779, its lavishness reflects the pitch of luxury seen at the court of a royal dynasty in the last decade of its existence.

Barrière has skilfully used the nature of his materials to enhance the impact of the piece; the opal, green and red enamels employed to decorate the border have a jewel-like intensity, whilst the wavy guillochage beneath  the enamelled panels creates the effect of light breaking through mist.  Barrière’s use of sepia and the delicacy of his brush strokes also subtly suggest the striations of moss agate, another material favoured by the goldsmiths of the day.  The serene rusticity of the scenes, shows echoes of Dutch landscape painting, and Kenneth Snowman identified the winter or moonlight scenes by Aert van der Neer as of particular influence.