Formerly in the Collection of the Duke of Marlborough 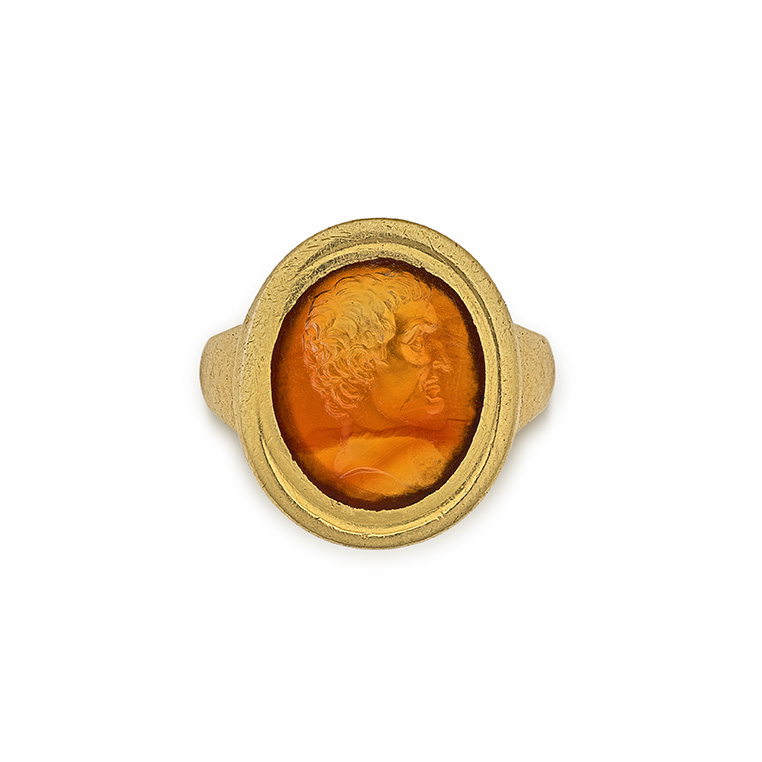 Catalogued in the 19th Century by Professor Story-Maskelyne as the following:

“Mark Antony; an intaglio on a fine golden sard. The face, to the right, is somewhat less hard in feature than on coins and thus bears a resemblance to Vespasian. It seems a contemporary work, and in the finest manner, of the Graeco-Roman period (no.378).” 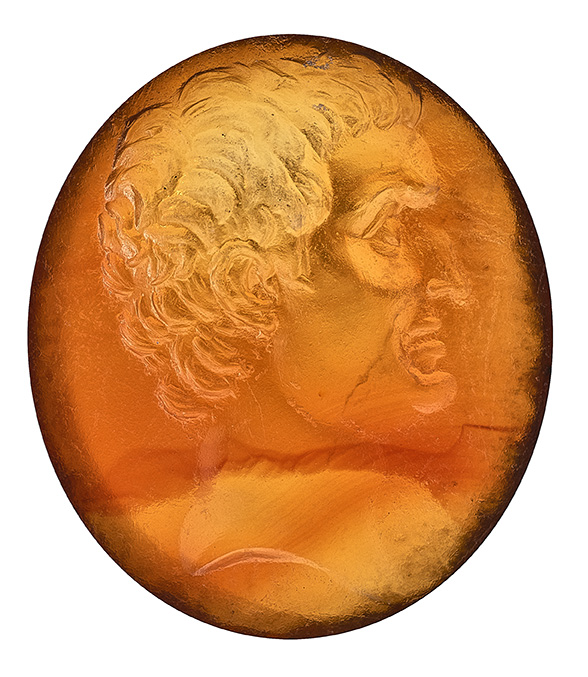 Purchased by David Bromilow of Bitteswell Hall, Lutterworth in 1875. It appears as number 378 in the catalogue The Marlborough Gems Being a Collection of Works in Cameo and Intaglio Formed by the [3rd] Duke of Marlborough. Purchased by the Late David Bromilow Esq of Bitteswell Hall, Lutterworth, a catalogue to accompany the sale of the collection in 1899 at Christies auction house.

The collection of engraved gems built by George Spencer, 4th Duke of Marlborough (1739-1817) is the stuff of legend.

Before its dispersal during the 19th Century, it boasted eight hundred individual examples, many from Classical antiquity. The Duke had acquired the collection of Thomas Howard, 21st Earl of Arundel, which is believed to have originated from the Dukes of Mantua in the 16th Century. To this he added the collection of Lord Bessborough, as well as his own acquisitions.

The Duke is ranked among Pope Paul II, Lorenzo de Medici, Empress Catherine II of Russia, and Peter Paul Rubens as one of the most important and influential collectors of engraved gems in history.

This intaglio represents a rare portrait gem of Mark Anthony from the ancient world, no doubt why the 4th Duke decided to acquire it. Few portrait gems of the Roman general from Classical antiquity appear to have survived.