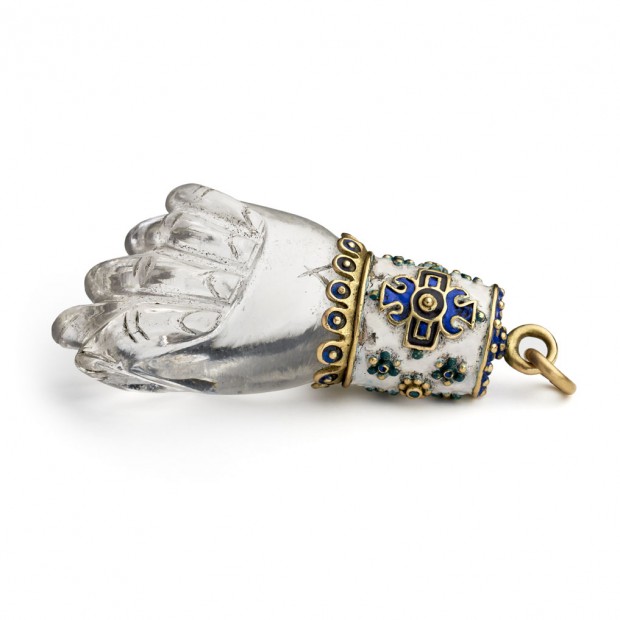 consisting of a carved rock crystal figa (a clenched hand with the thumb protruding between the first and second fingers) mounted beneath an elaborate enamelled yellow gold cuff in palette of white and blue, topped with a suspension loop. 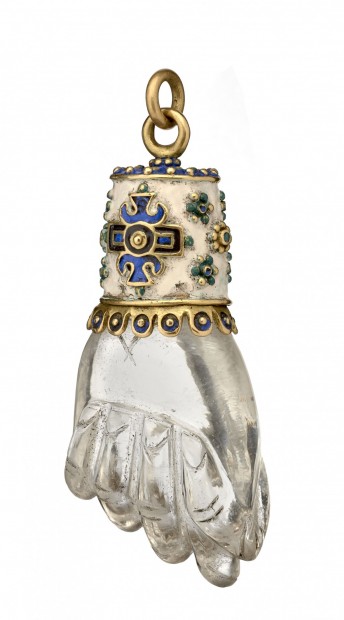 The figa is a potent symbol from the ancient world. It was worn as a powerful amulet to promote fertility and to protect its wearer from the evil eye – dark and magical forces.

Rock crystal was considered to have powerful prophylactic properties. It was believed that when dipped into a liquid, it would neutralise any poisons which might be present and confer healing properties on the solution.

The figa would have been worn from a belt or from a chatelaine containing other talisman.