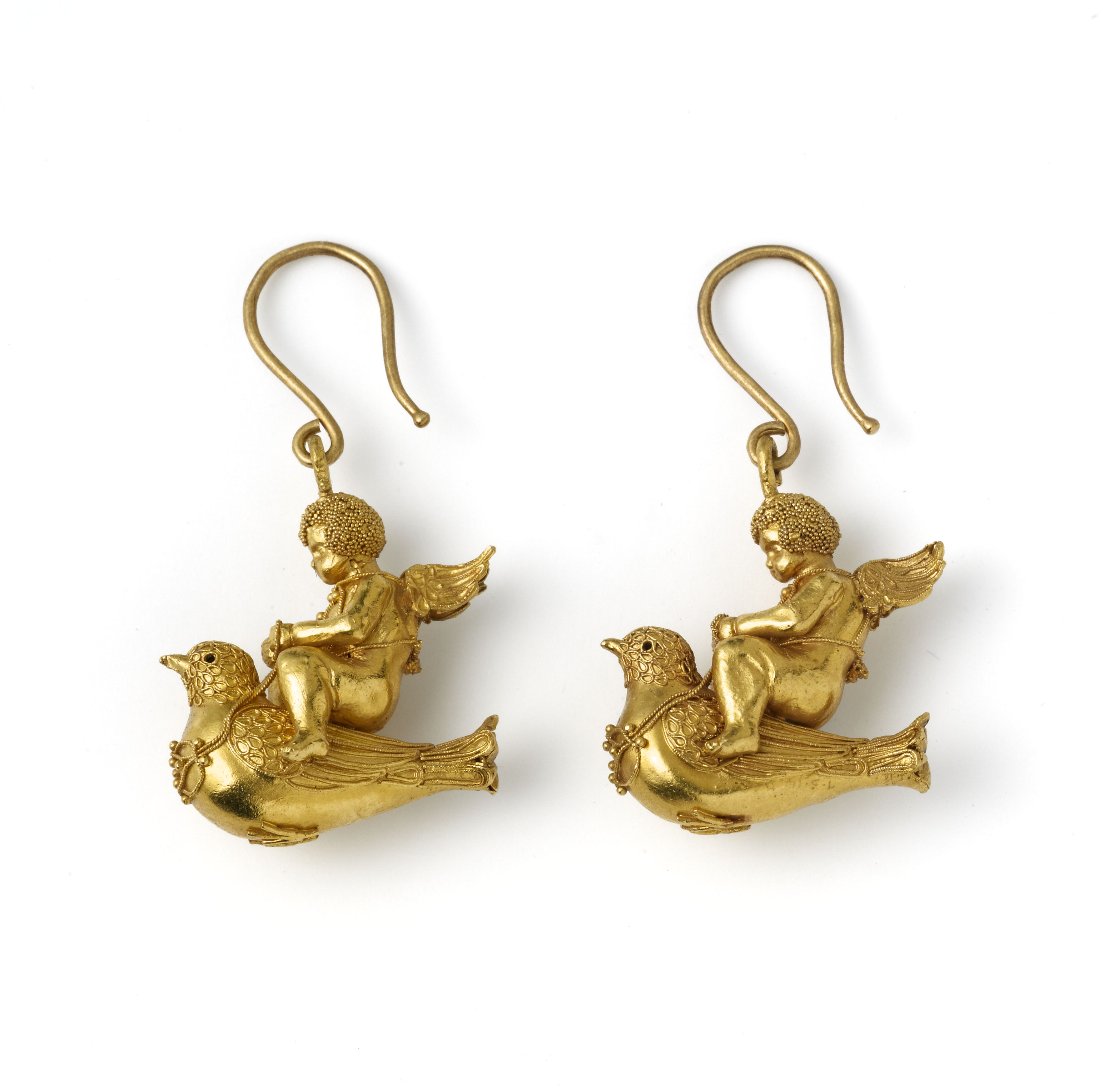 in the form of a pair of gold amorino subduing the doves of Venus with silken cords, an emblem of omnia vincit amor (love conquers all), decorated with fine granulation and wirework. The distinctive design for these earrings is based on a Hellenistic prototype.

A similar pair of earrings can also be found in the permanent collection of the Museum of Fine Arts in Boston, acquisition number 49.917 a-b.

To read an article about Giacinto Melillo, please follow the link below:

The revival of ancient Roman and Hellenistic styles of metalworking, during the 19th Century, has been credited principally to the firm of Castellani in Rome. Melillo was trained in the workshop of Alessandro Castellani in Naples and was appointed its manager in 1863. He later took over the ownership of the business when Castellani returned to Rome after his exile in 1870.

The quality of Melillo’s work was credited by some of his contemporaries as having surpassed that of his former employer Castellani, a view which Count Michael Tyskiewicz firmly took, pronouncing Melillo’s collection as being of ‘exquisite taste’.