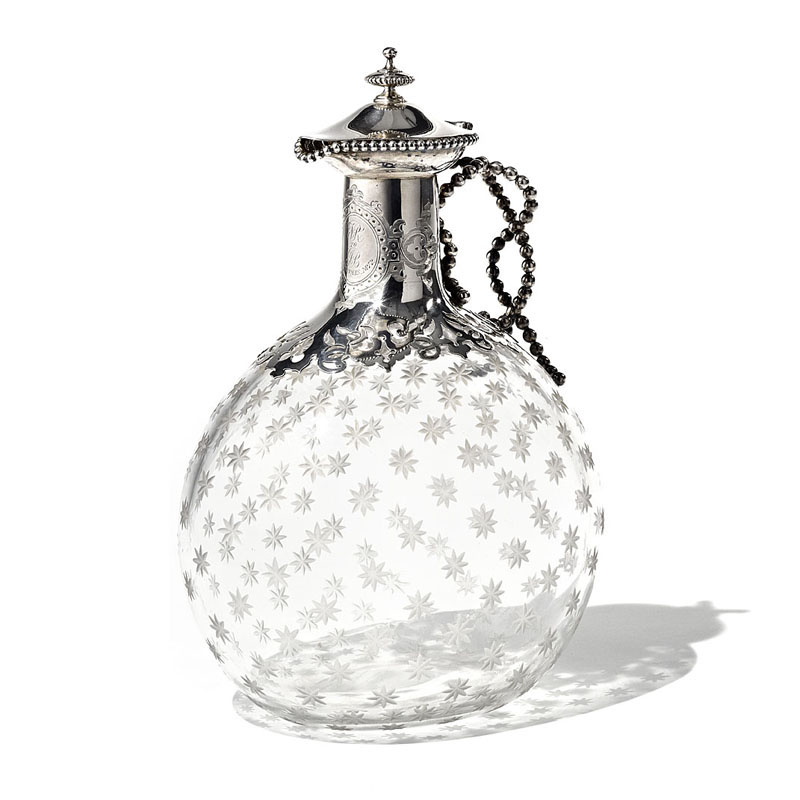 of bulbous form, the clear glass container etched with eight pointed stars, mounted in silver with a pierced fretwork collar, the handle formed from a beaded rope design, with further beaded decoration to the finial and pourer, the neck engraved with an elaborate cartouche within which is inscribed: 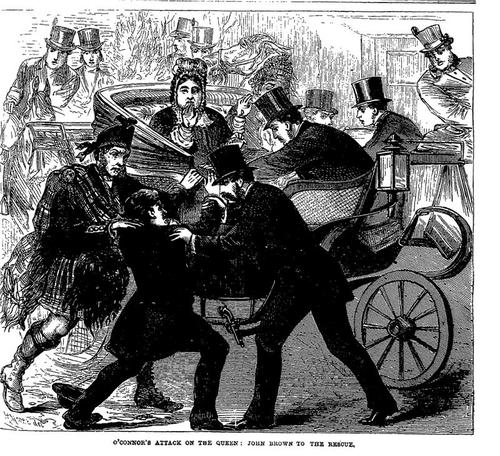 On the 29th February 1872, Her late Majesty Queen Victoria was alighting from a carriage when a young Irishman named Arthur O’Connor ran towards her with a pistol. It was the sixth assassination attempt The Queen had endured during her reign.  Her faithful servant John Brown, who was at The Queen’s side at the time, knocked the boy to the ground before any harm could be inflicted. For his bravery, Brown was awarded a special gold medal.

This claret jug was given to John Brown as a Christmas gift from Queen Victoria later that year. Given the extraordinary events which preceded it, this gift must have held a particular poignancy .