A cameo glass vase decorated with poppies signed ‘Daum Nancy’with the cross of Lorraine,poised on a silver base chased with similar motifsand bearing the initials AH, the reverse engraved

The vase was apparently made to celebrate the significant contribution made by Carl Fabergé’s chief jewellery workmaster August Holmström to the firm’s display at the 1900 Exposition Universelle in Paris.Holmström was acclaimed for his miniature replicas of the Imperial regalia, his ‘tiny imperial crown set with 4000 stones’ singled out for special praise.

The Tsar and Tsarina had allowed Fabergé to exhibit a selection of itemsfrom the Imperial Treasury including a number of the Imperial Easter eggs.As a member of the jury, Carl Fabergé’s works, presented in both the jewellery and goldsmith’s work sections, were hors concours. Nicholas II acquired the miniature regalia shortly after the Exposition, whereupon it was exhibited at the Hermitage Museum. 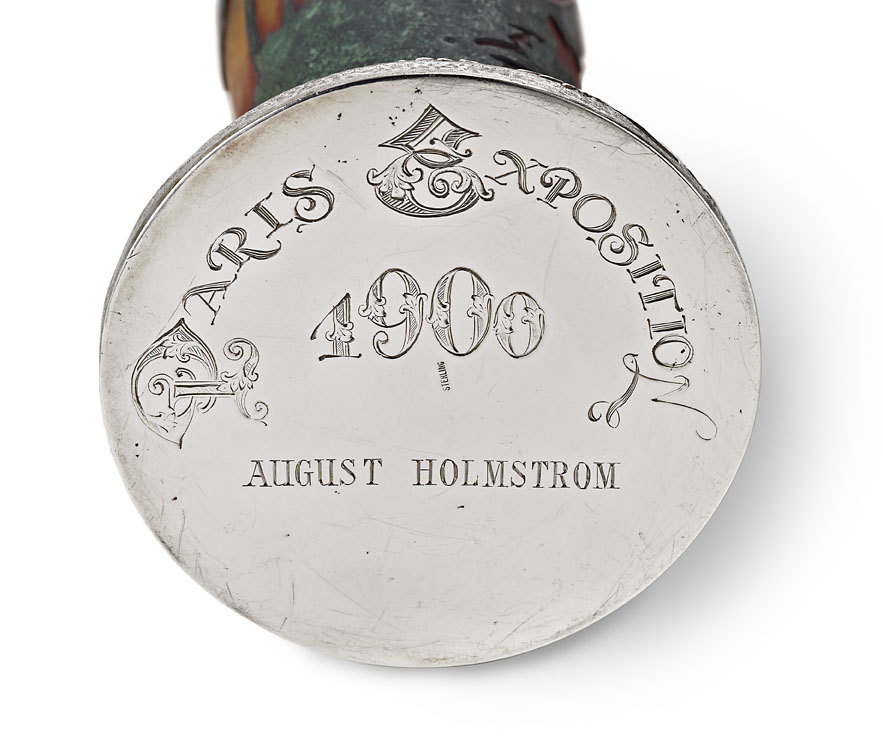 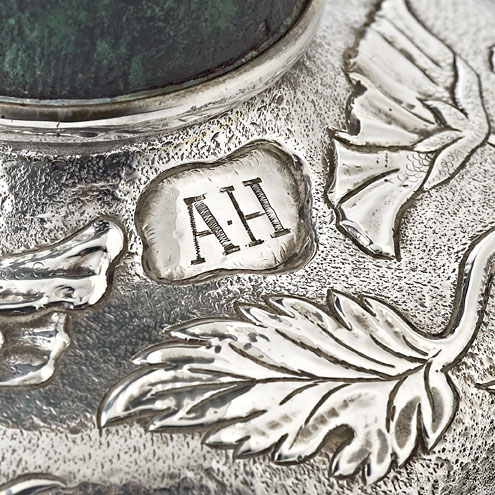