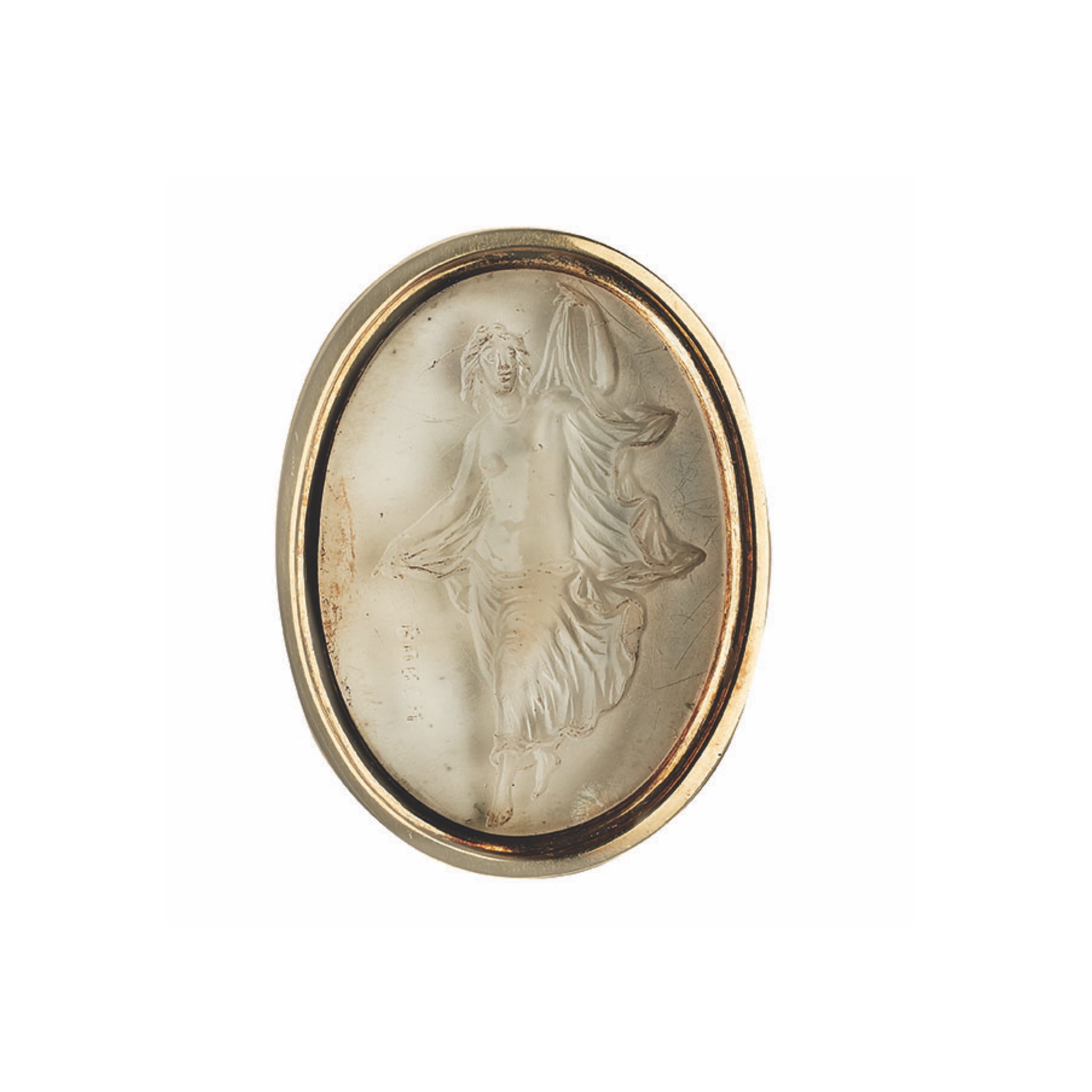 carved into a transparent oval chalcedony backed in white, mounted in an agate seal with reeded gold collar, the handle formed from a spherical piece of banded agate in pink/grey tones, mounted on a graduated and faceted brown agate column. 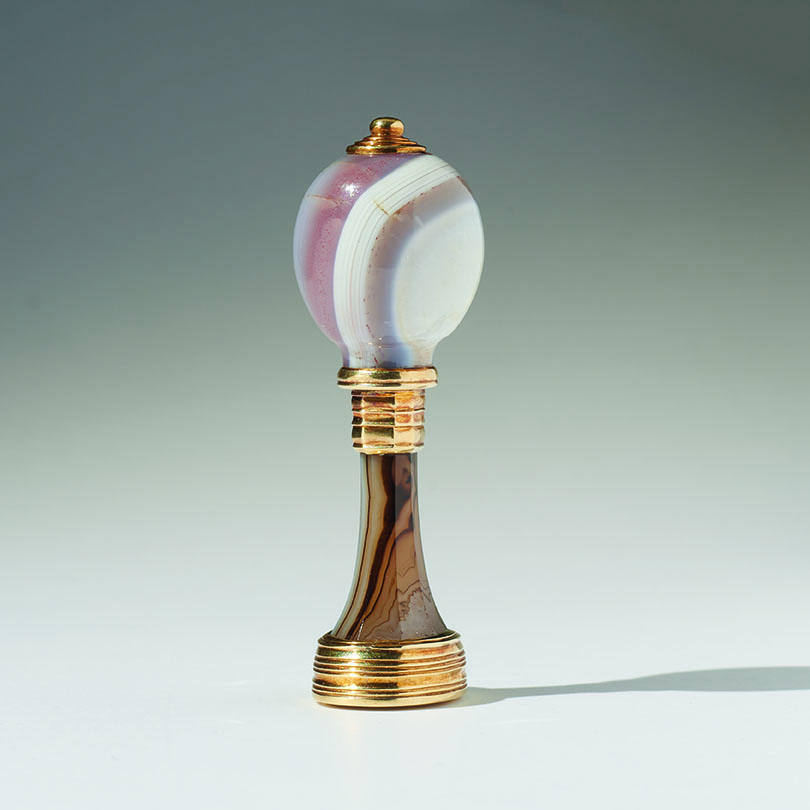 In Burch’s A Catalogue of One Hundred Proofs from Gems of 1795, an impression of a chalcedony gem with an identical figure is recorded as belonging to the Earl of Effingham. This was Richard Howard, 4th Earl of Effingham, who was the cousin of legendary collector William Thomas Beckford of Fonthill Abbey and Member of Parliament for Stenying. His brother Thomas Howard, 3rd Earl of Effingham, had served in the government as Master  of the Mint in 1784. This post no doubt introduced the family to the medalists and engravers working in England at that time.

The subject is noted as having derived from the “paintings of Herculaneum”. Sir Joshua Reynolds, in his role as president of the newly founded Royal Academy, wrote to the ambassador of Naples Sir William Hamilton in 1769 asking him “if you should think it proper to mention to the King of Naples the establishment of a Royal Academy he would probably make a present of the Antiquities of Herculaneum (Antichità di Ercolano).” It would seem that Sir Joshua’s suggestion was received favourably, as by 1801 a copy of the catalogue is listed in the library at the Royal Academy. These books were highly prized, as publicity surrounding the discoveries had been strictly prohibited and the catalogue could only be obtained as a gift from the King of Naples himself. As Burch never left England, it is almost certain that the figure on this engraved gem was copied from the engravings which appear in these volumes.