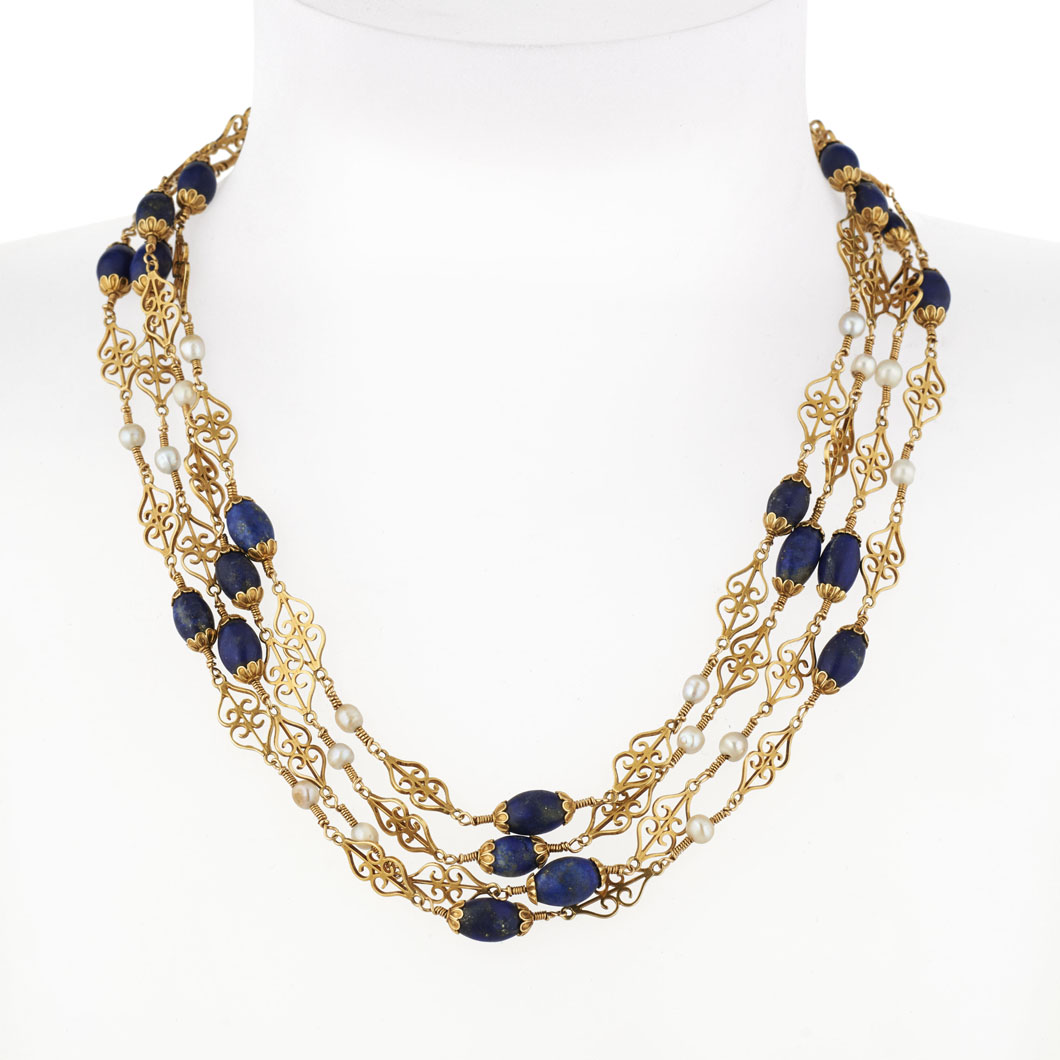 in the Roman taste, consisting of four rows of openwork elements formed from opposing pairs of gold scrolls, alternated between seed pearls mounted on twisted gold batons as well as deep blue lapis lazuli beads with floral gold caps, an ‘S’ shaped clasp suspended from two larger scrolling plates to the back.

The lapis lazuli beads mounted in this necklace (the form of which is is derived from the ancient Roman style) are possibly fragments from ancient Mesopotamian jewellery recovered from archaeological excavations in the Mediterranean and Middle-East. The rich blue mineral would have originally been sourced in Western Afghanistan.

Similar beads were discovered in the tomb of Queen Puabi in the ancient city-state of Ur and can now be seen in the British Museum.

An apparently identical necklace is illustrated on page 374 of Castellani and Italian Archaeological Jewelry (Soros and Walker, 2005).

This piece is no longer available. If you are interested in similar items, please contact us or arrange a visit