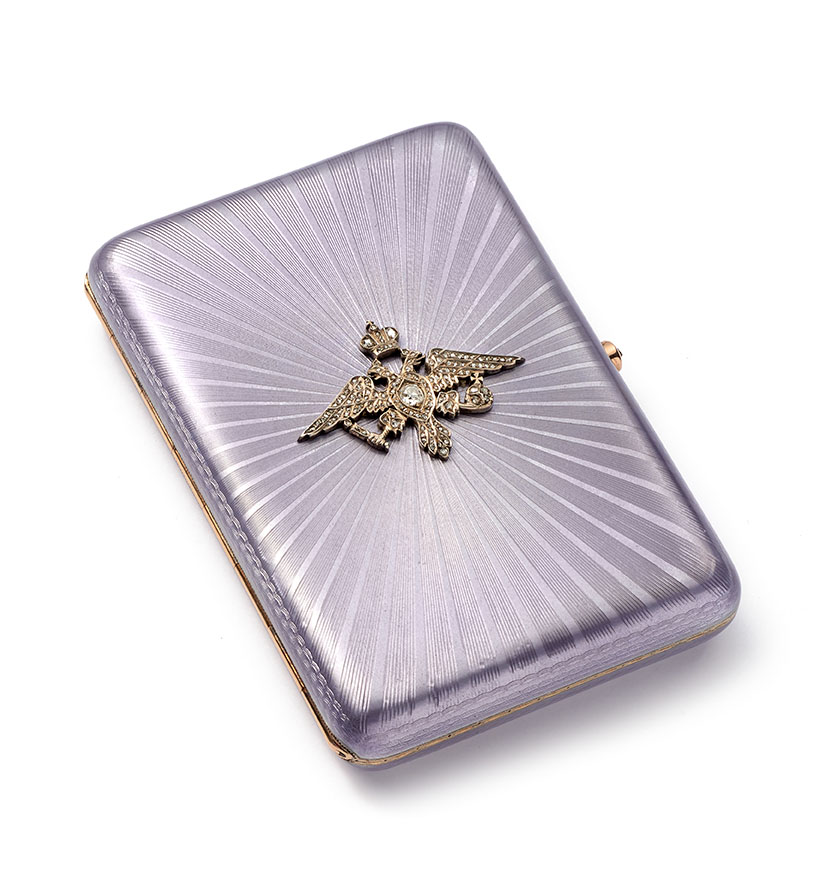 of rectangular form in gold mounted silver-gilt, decorated with a striking sunburst guillochage beneath a lilac enamel flux, the edges highlighted with a scalloped ground, the centre embellished with an Imperial double headed eagle in platinum and mounted with diamonds, the thumbpiece denoted by a rose cut diamond. 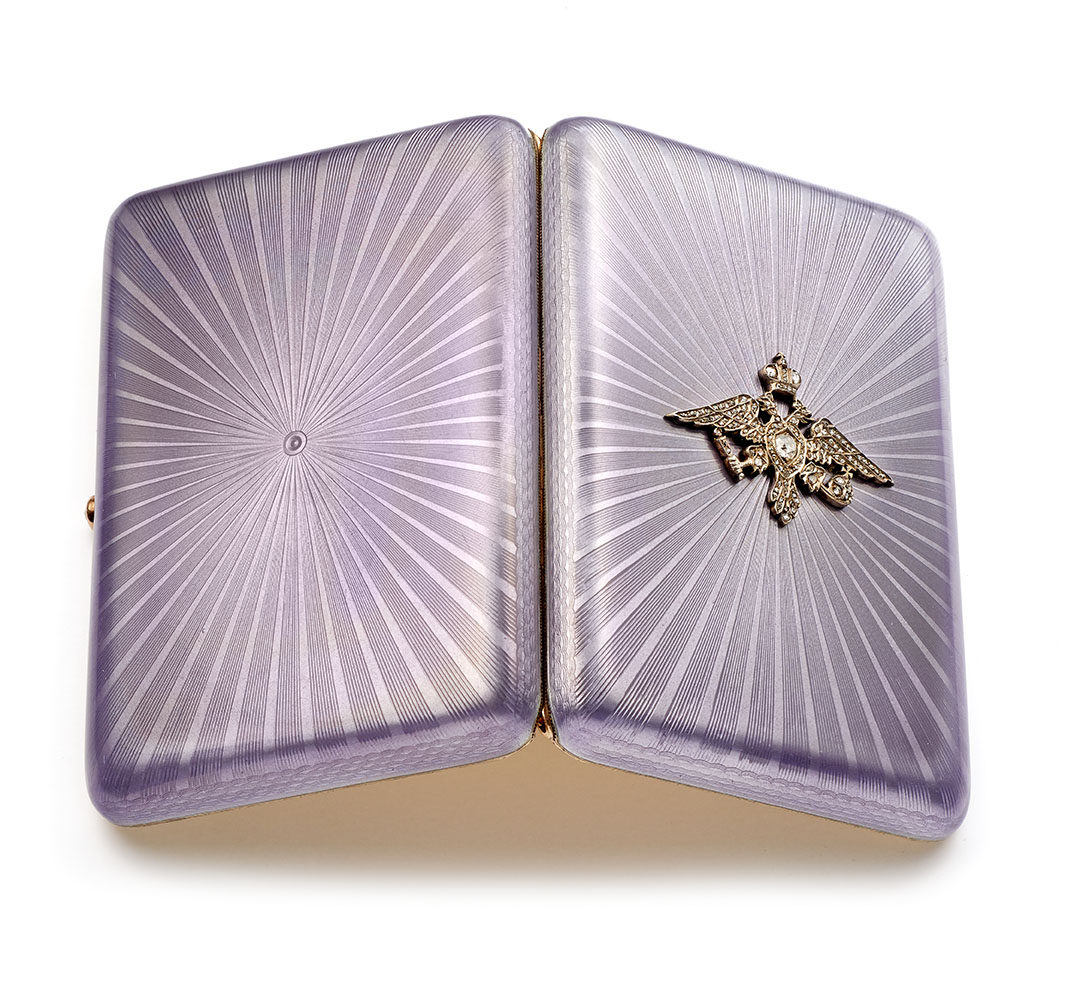 Purchased by Wartski from Lord Furness  in 1975 (ledger entry 6051B). William Furness, 2nd Viscount Furness (1929-1995) was the son of shipping magnate Marmaduke Furness, 1st Viscount Furness and Lady Thelma Furness (neé Morgan). His mother was an American socialite and the identical twin sister of Gloria Vanderbilt. She enjoyed an intimate friendship with Edward, Prince of Wales, during the 1930s and is credited with introducing the Prince to Wallis Simpson.