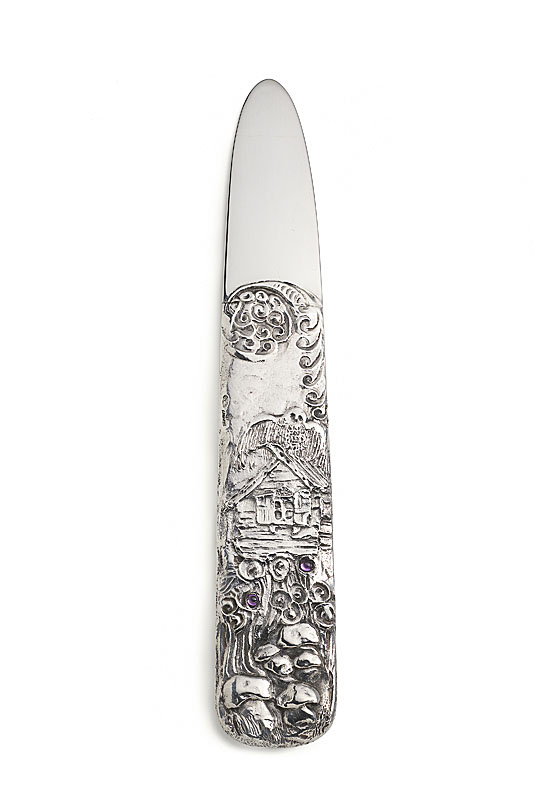 its tapering blade depicting, in the manner of Ivan Bilibin, a forest dwelling with an owl on its roof and a mushroom patch to the front, the foreground mounted with cabochon rubies, the back decorated with pan Slavic scroll motifs. 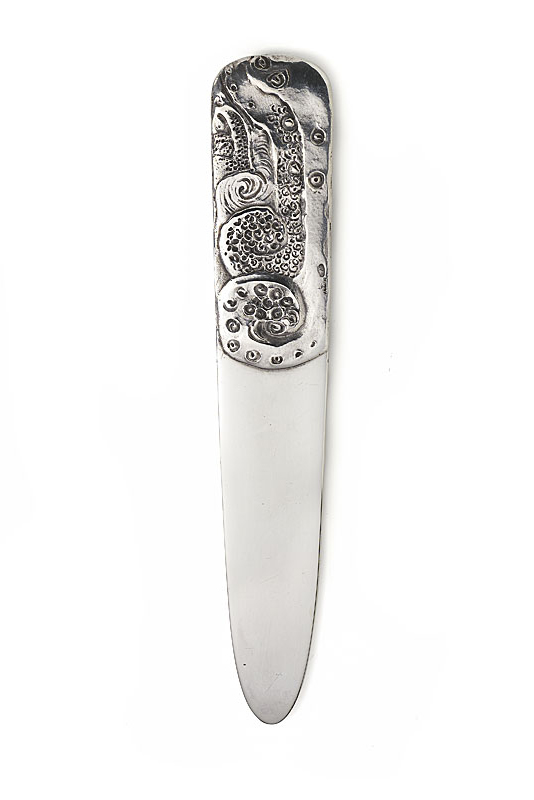 Fabergé’s ‘Old Russian’ style depicts in silver and enamels a world peopled by characters distilled from contemporary Russian art, architecture, theatre and design. The style was heavily influenced by a renewed appreciation of Slavic folklore and history in early twentieth century Russia and is also described as the ‘Pan-Slavic style ’. The pieces often featured Boyars, medieval Paladins and heroes from Russian history. They predominately take traditional Russian forms, such as bratinas, tcharkas and kovshi.

Fabergé’s silversmiths made the pieces by the ‘lost wax’ casting method. Whereby they were cast from wax models sculpted by artists working in Fabergé’s design studio; the models were destroyed in the casting and each piece is therefore unique.