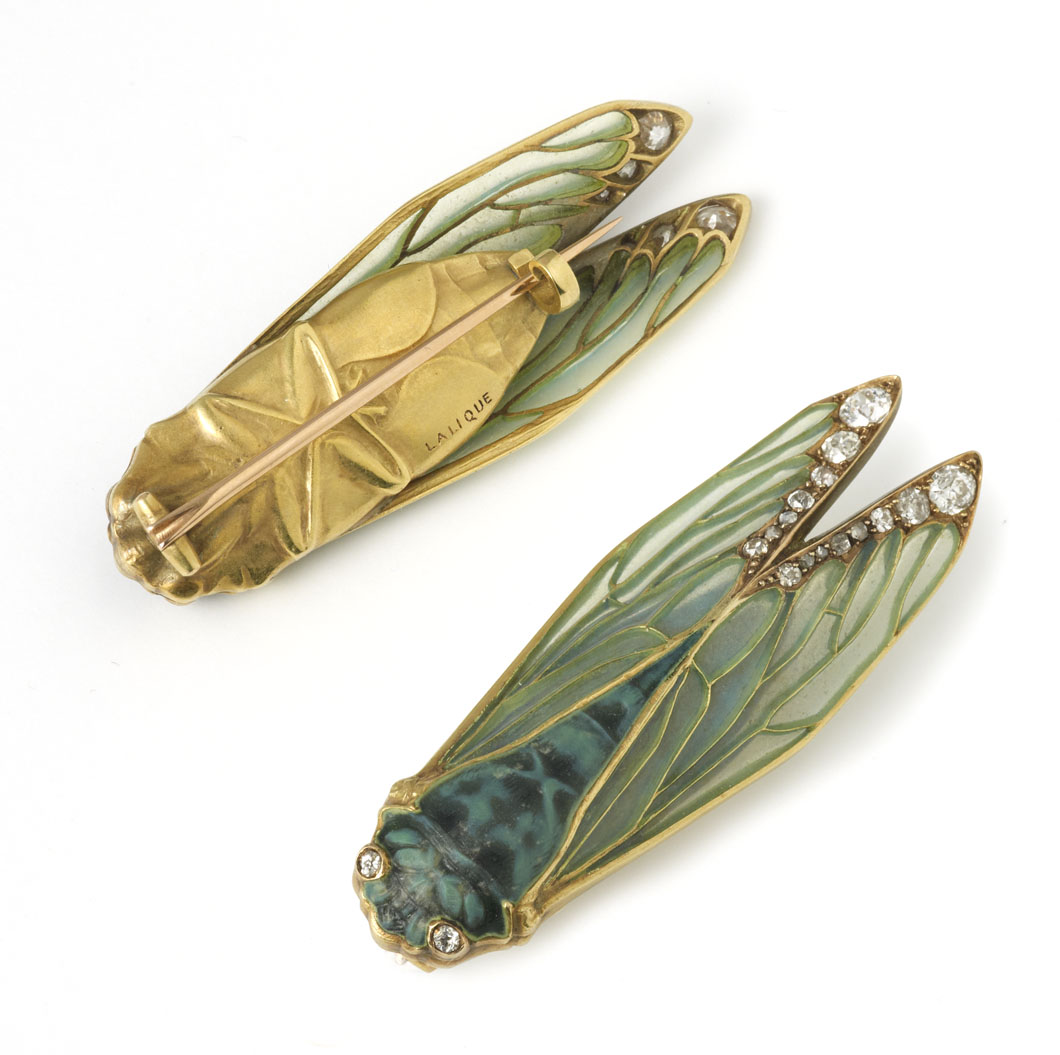 in the form of a cicada, its delicate wings decorated with translucent green plique-à-jour enamel, the tips mounted with old European cut diamonds, the body in rich mottled blue/green glass, the eyes set with diamonds in gold collets, the reverse in chased yellow gold faithfully capturing every detail of the insect. 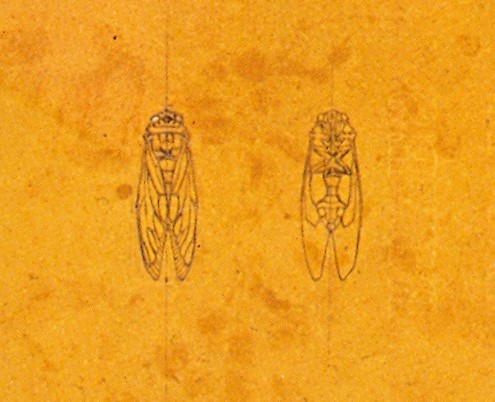 The original design for this brooch is illustrated on page 249
of Lalique Bijoux, Musee Calouste Gulbenkian (Lisbon, 1999).

The brooch was exhibited as part of Japonisme: From Falize to Faberge The Goldsmith and Japan (Wartski, 2011) and is illustrated as number 98 in the accompanying catalogue.

The cicada is a popular motif in the arts of Japan, its song being considered emblematic of summer, it is often depicted as a netsuke. Lalique’s attention to detail in the reverse of his pieces as demonstrated in this brooch echoes the naturalistic depictions of netsuke carvings.

The incorporation of moulded glass is significant, as it suggests that this piece was made during a key transitional period in Lalique’s artistic career. It is an early example of glass in Lalique jewellery, a medium which would later become the primary focus of the company.