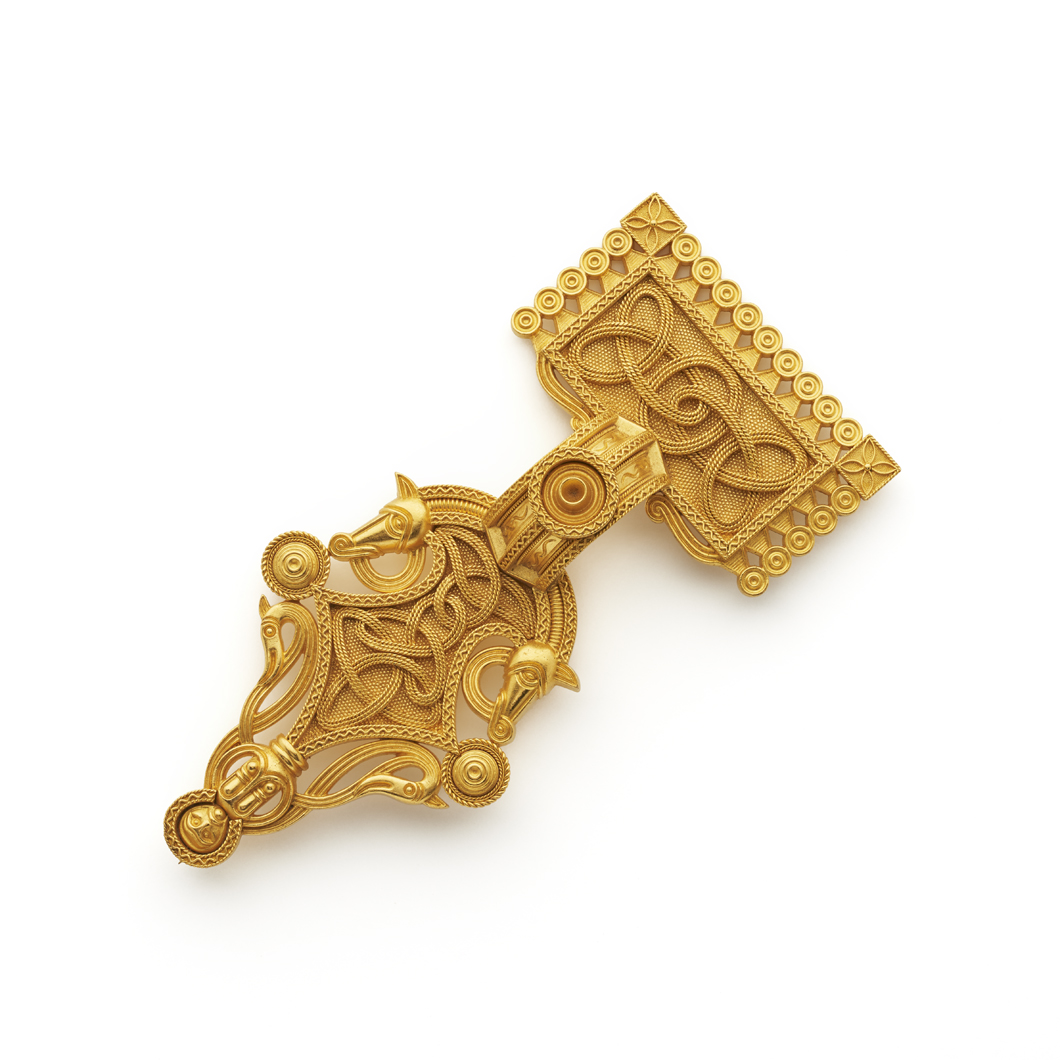 its form taken from an Anglo-Saxon fibula, the decoration incorporating stylised horse heads and masks. 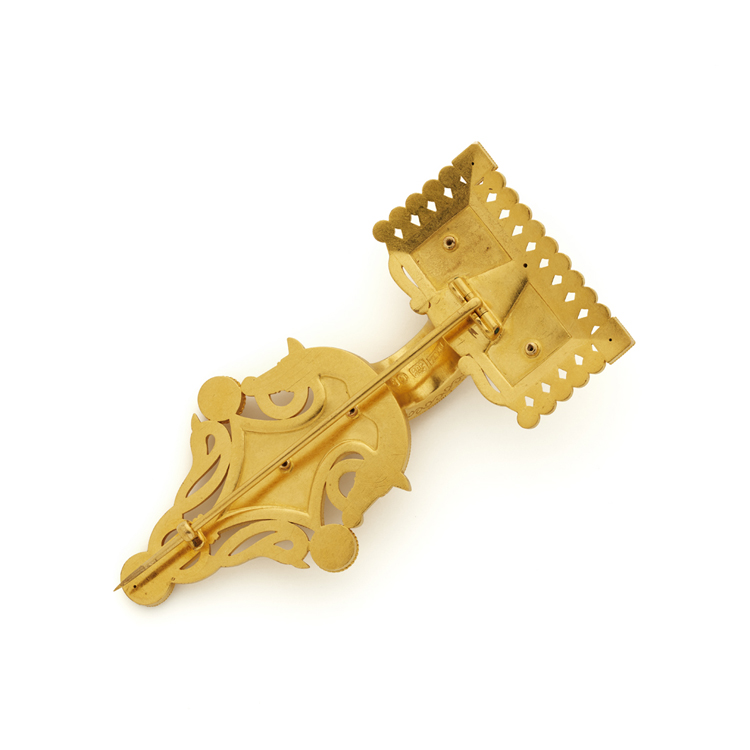 Dahl was based in Copenhagen and produced jewels inspired by Iron Age and Viking objects being excavated in Scandanavia. In 1863  a group of Dahl’s jewellery was given to Princess Alexandra as a wedding gift, and subsequently his jewels became popular in Britain. A number of ‘Danish Galleries’ opened (including A Borgen and Co and F Ahrends and Co) in London, retailing the work of Dahl and other Danish jewellers working in this style.