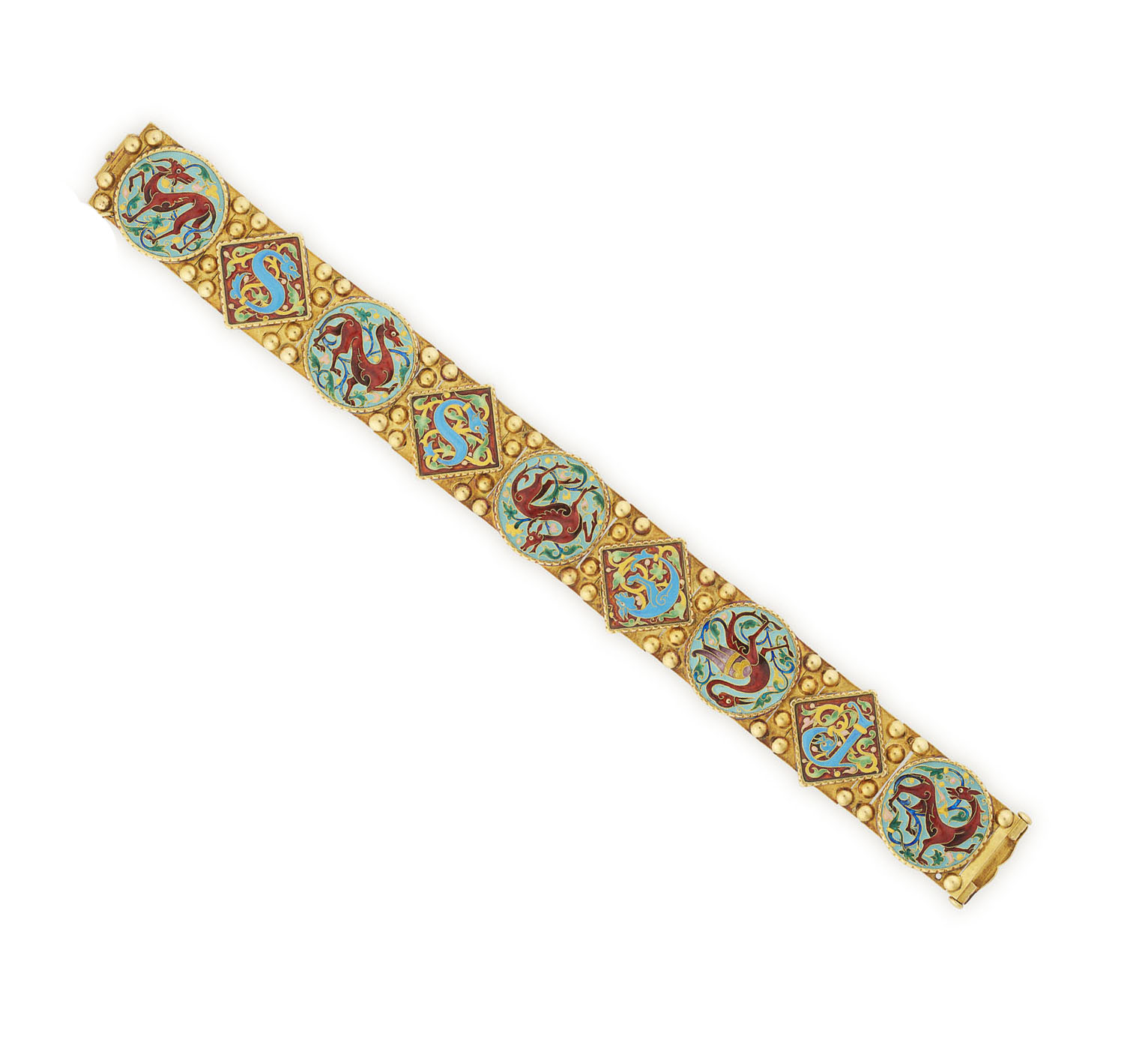 The reverse bears two words identified by the different colours used to spell ‘FIDES’ (Faith) in red translucent enamel against a lilac ground, and ‘AMOR’ in translucent Royal blue enamel against a yellow ground, the gold surface engraved with trefoil motifs. Deciphering the words is turned into a deliberate challenge as the letters which compose them are intermingled and orientated in different directions. 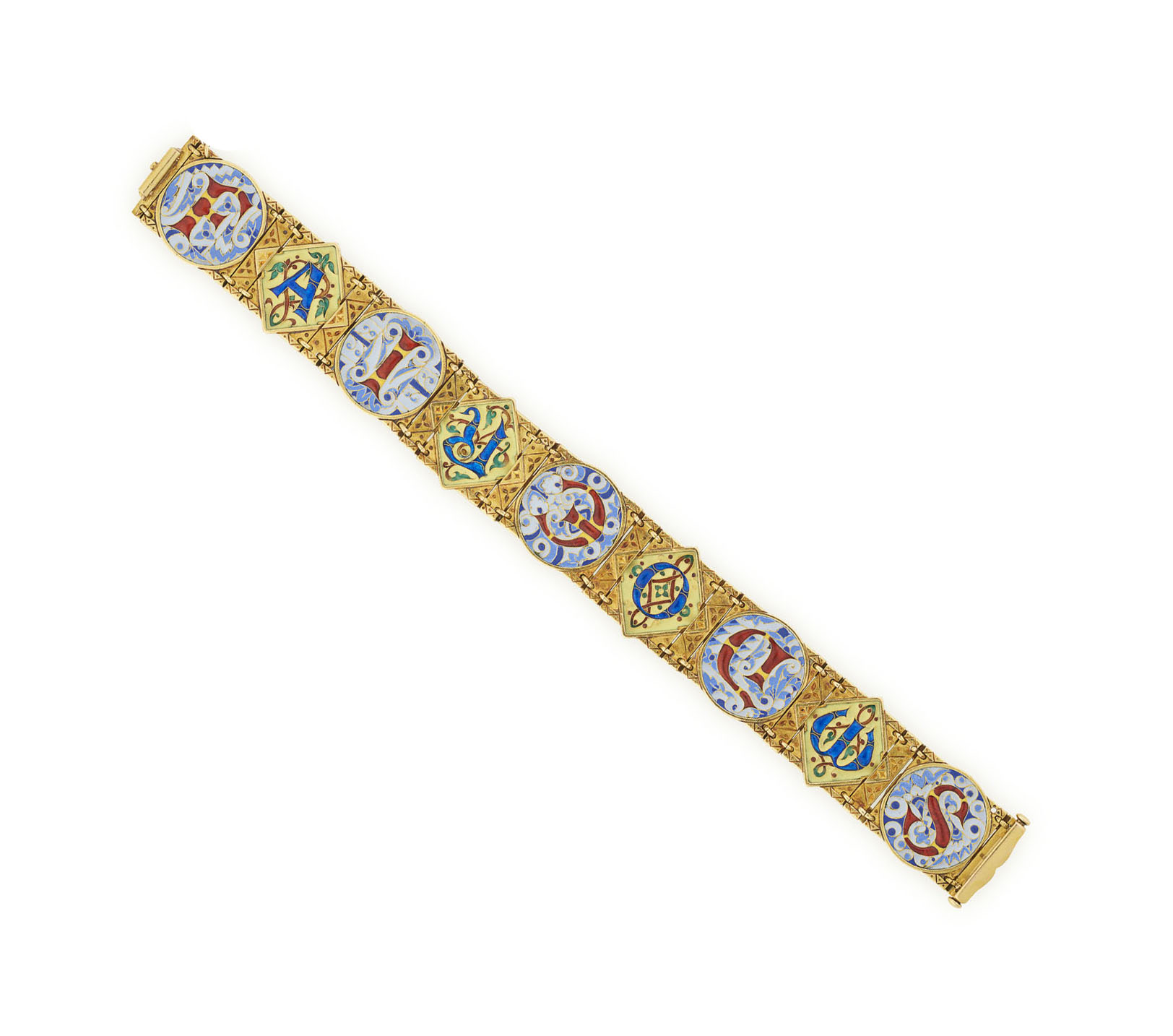 Exhibited in ‘Falize, A Dynasty of Jewellers, Wartski, 1999, no.91 and illustrated in colour in the accompanying catalogue, page 19.

The vivid palette of the jewel is produced not only by the contrasting opaque and translucent enamels, but by the fact that the latter are applied over paillons, gold for the scarlet red and silver for the Royal blue. Each cartouche to the front is further decorated with naturalistic meandering foliate and berried stems, while those on the reverse are applied with a range of stylized Gothic ornaments including palmettes and trefoils.

Bracelets were particular favourites of Lucien Falize and of his father Alexis, their relatively lengthy and flat surfaces being ideally suited to bear words and messages. As Lucien Falize wrote:

‘So many things can be engraved on a circle of gold…Monograms, mottos, cyphers, emblems…[…] Bracelets are intimate mementos…They will no longer be broken up, but will be handed down as family heirlooms, as precious as illuminated manuscritpts.’