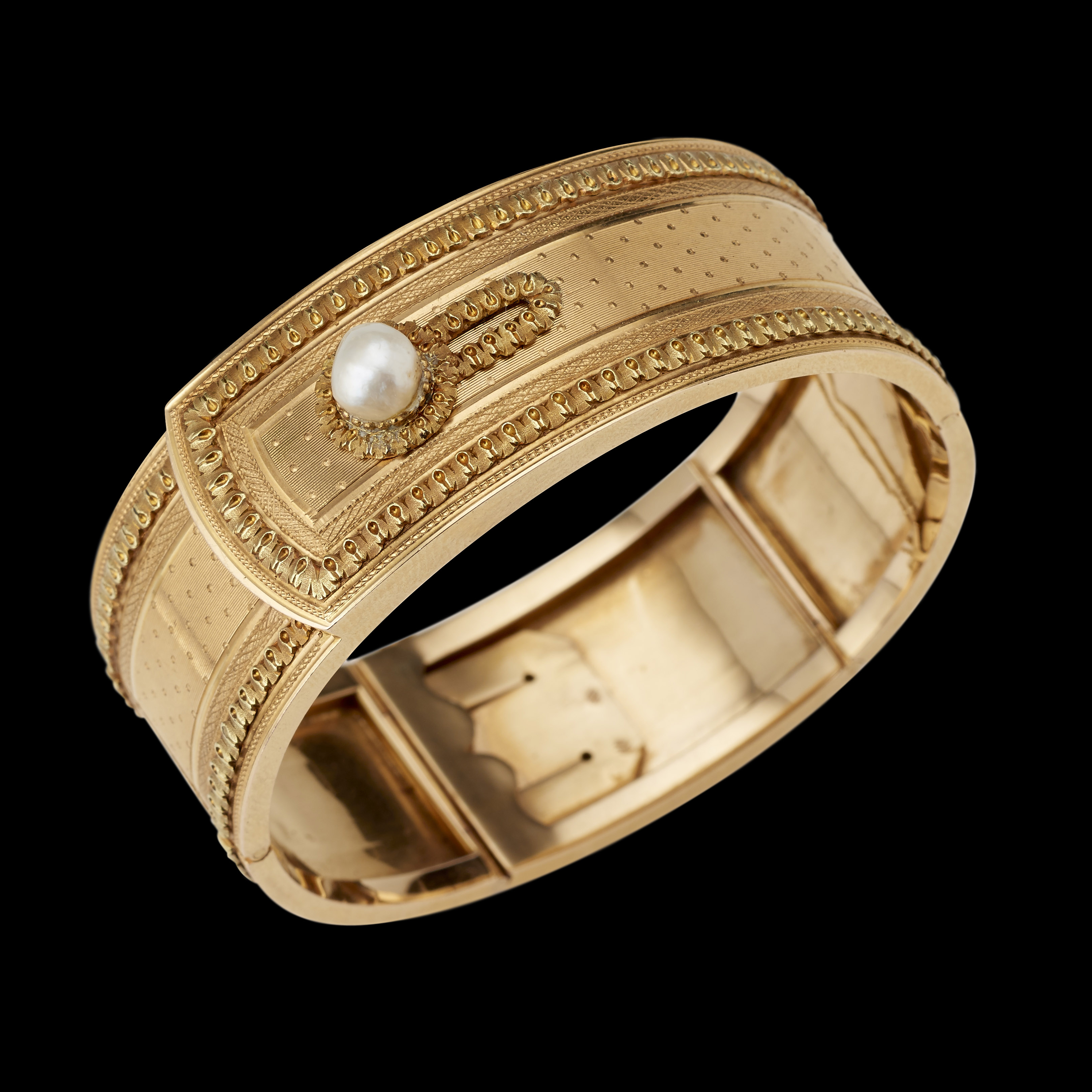 a yellow gold bracelet modelled as a cuff, secured with a natural pearl button, by Charles Fontana & Cie, Paris, circa 1875.

Contained in its original silk and velvet lined leather case. 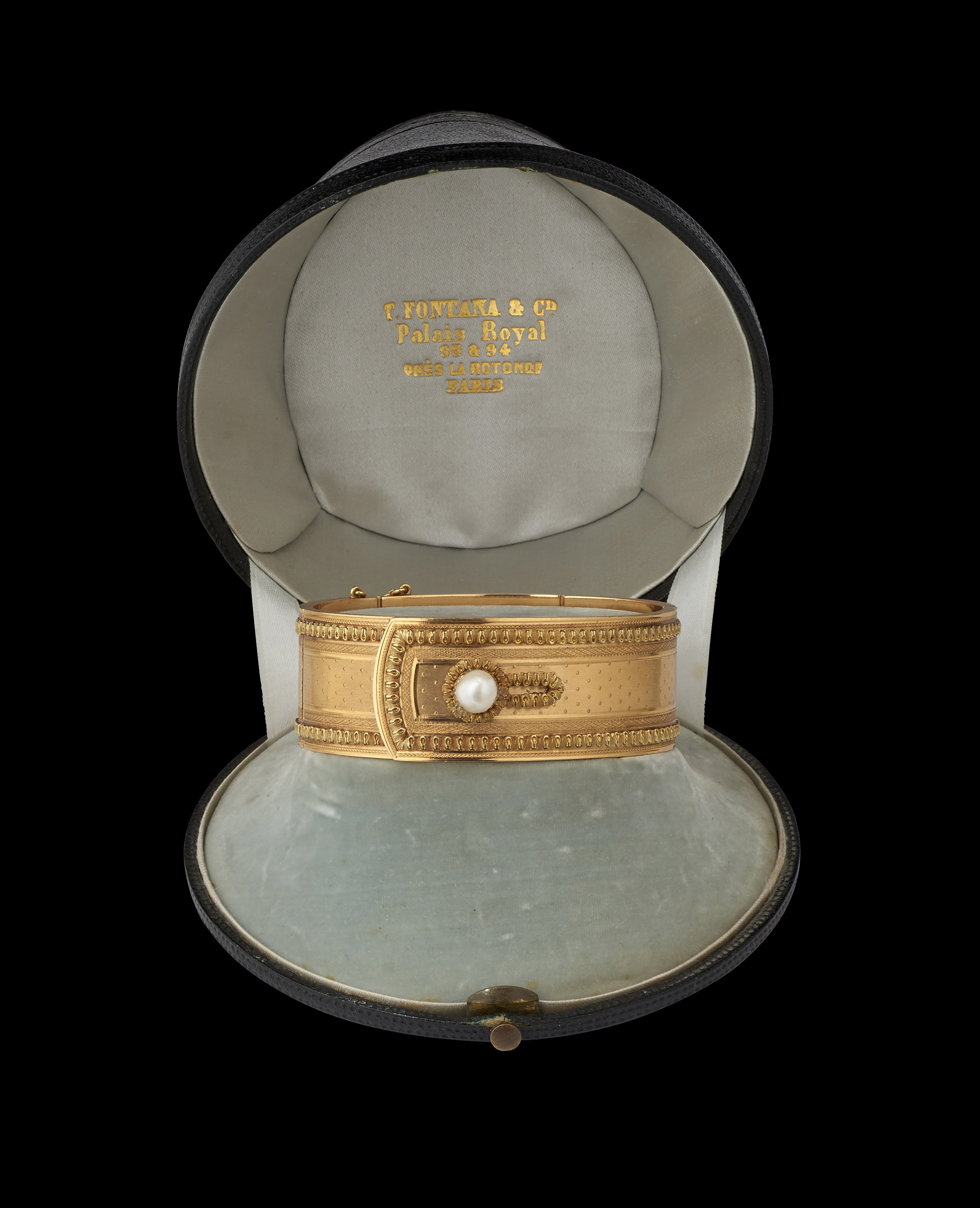 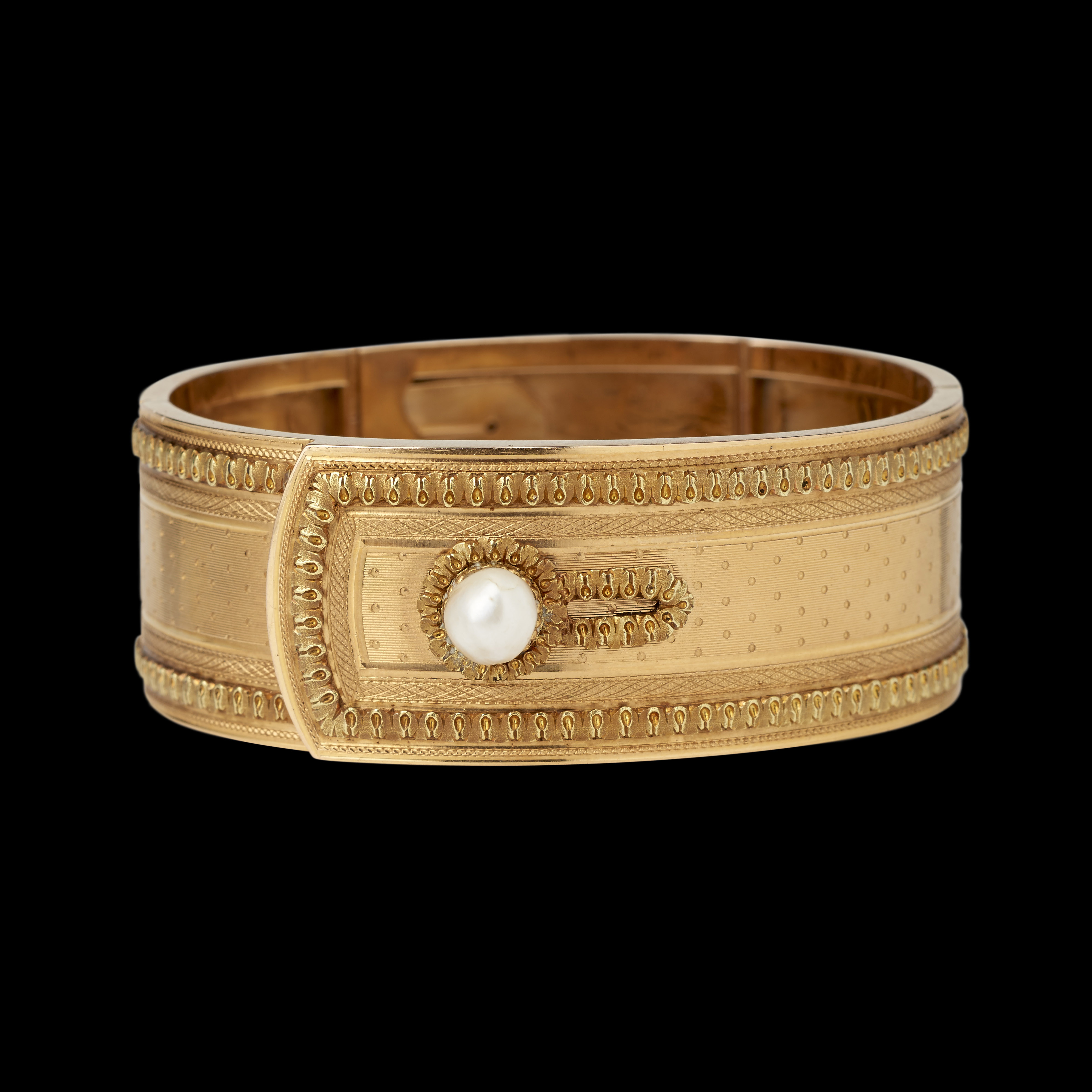 Fontana was  founded by Thomas Fontana, a Swiss citizen and first located in an arcade inside the Galerie Beaujolais, near the Palais Royal in Paris. Business flourished and eventually Fontana acquired the entire building. In 1861 Thomas  died and as his son was too young to run the firm, control passed to his nephews Joseph Fontana and Alexandre Templier. In 1871  Charles’ son, also named Charles, took over the business but keeping his father’s collaborator’s as partners, and renamed the company, which became known as Ch. Fontana et Cie.