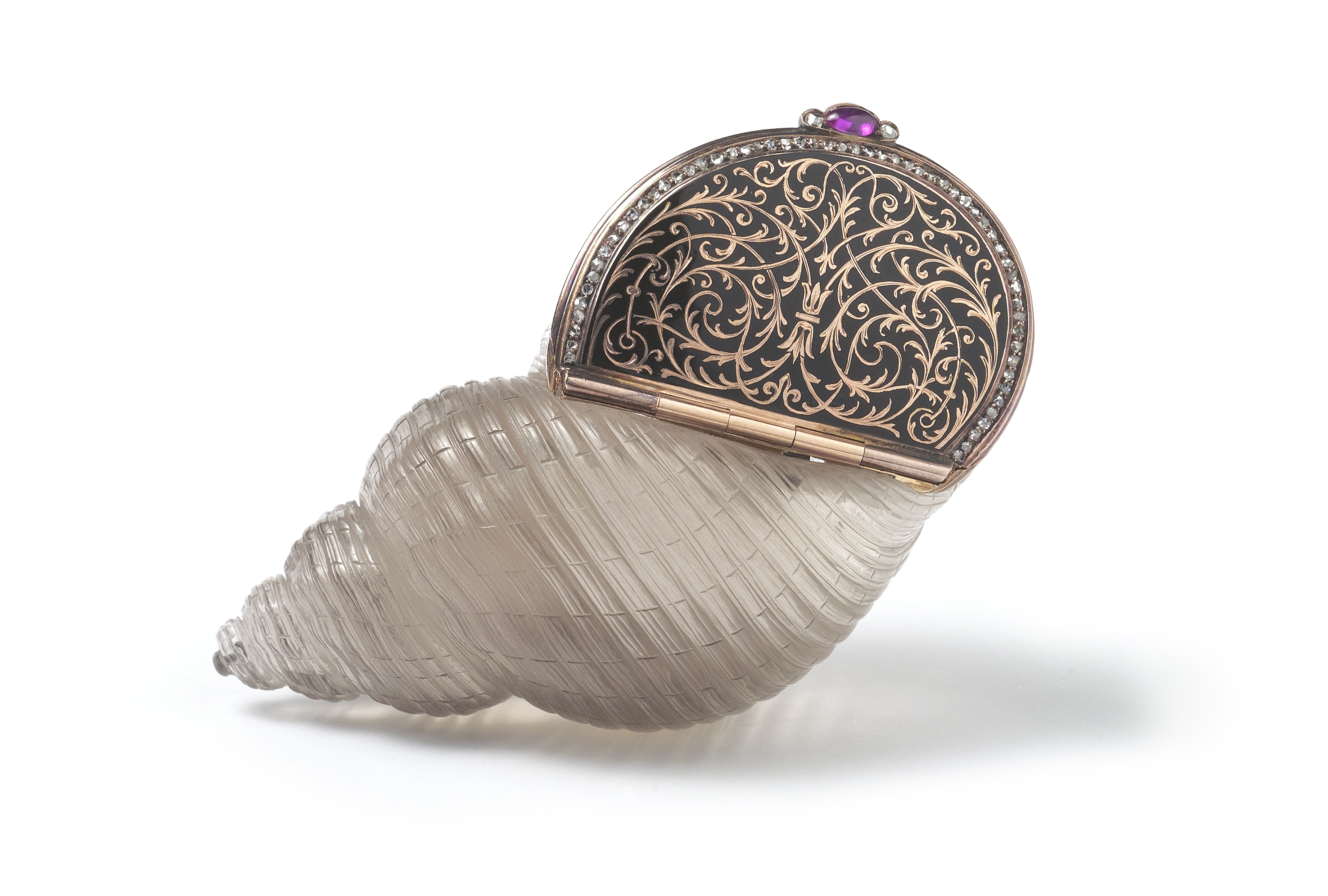 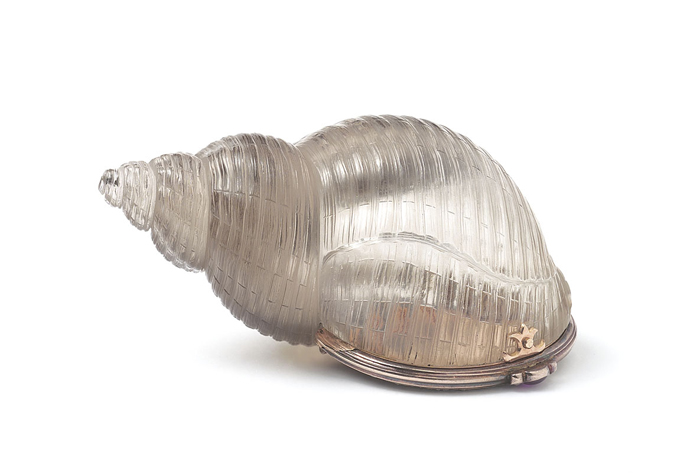 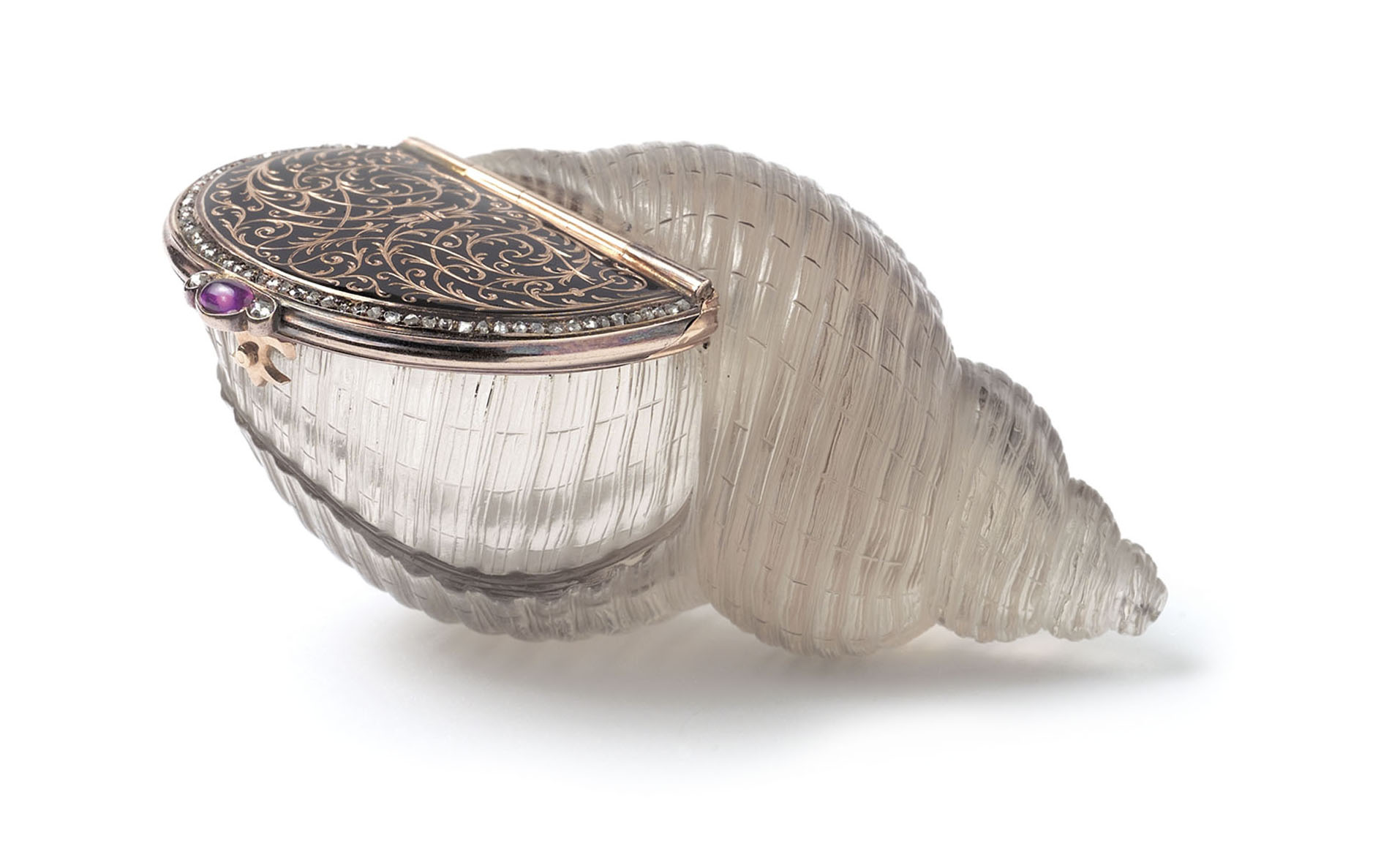 Fabergé’s lapidary workshops were blessed with a rich palette of indigenous hardstones mined from the Ural Mountains. Among the choice specimens they sourced were pieces of the finest watery rock crystal. In deciding the ways in which they might use this valuable material, Fabergé was clearly aware of the long and noble tradition of European hardstone carving and goldsmithing which had come before.

The influence of Renaissance artists, including those working for the Saracchi and Miseroni workshops in Milan, is palpable. In 1860, Carl Fabergé moved with his parents to Dresden. It was here that he first saw the superlative collection of Renaissance treasures which had belonged to Augustus the Strong, King of Poland and Grand-Duke of Lithuania (1670-1733). Among the objects there were tazzae in the form of seashells, carved using rock crystal from the Alps and adorned with gold, enamel and gemstones.

Equally, 18th Century French goldsmithing was clearly a source of inspiration. During his visits to the Hermitage Palace, Fabergé handled the Imperial collection of gold boxes, which included a number of gold mounted seashells.

The bonbonniere refers to a subliminal vocabulary of luxury, one which Fabergé’s illustrious clientele would certainly have been aware: a continuity of royal patronage from Phillip II of Spain and King Louis XV of France to the Imperial Court of Russia.