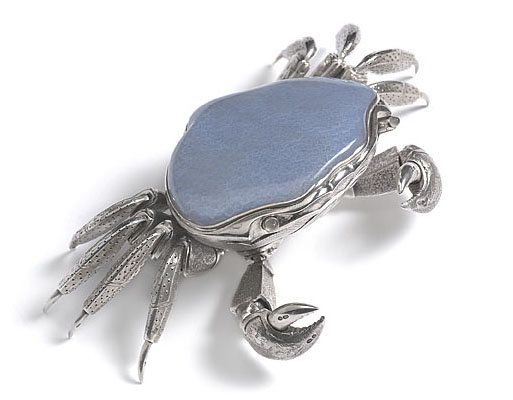 designed in the form of a crab, the segmented silver body finely chased and engraved, the claws and legs naturalistically articulated, the shell represented by carved blue chalcedony, its protruding eyes serve as the pushes and are set with cabochon moonstones. 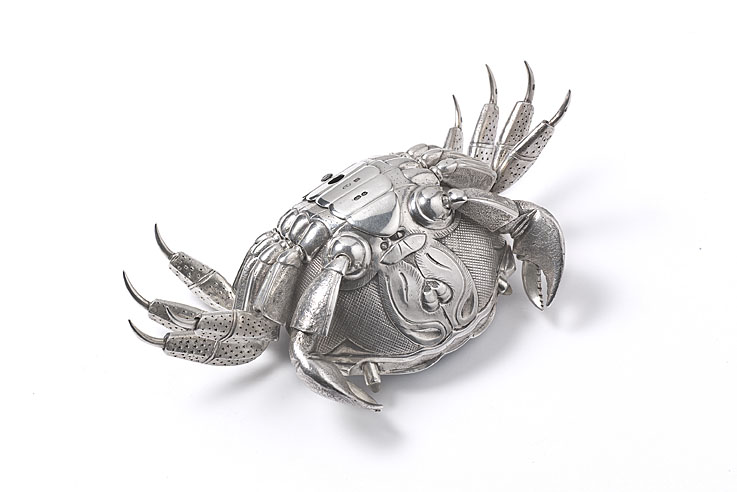 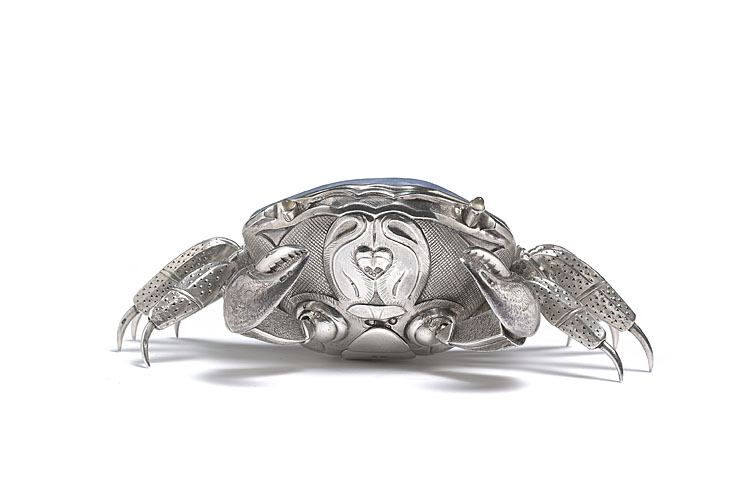 See Fabergé and Japan, G. C Munn, The Antique Collector, January 1987 for a discussion on the influence of Japan on the work of Carl Fabergé.

Carl Fabergé (1846-1920) owned a significant collection of Japanese works of art, which proved to be a valuable source of inspiration for his own work. A photograph of his apartment in Morskaya Street shows a display case filled with over 500 netsuke. It is likely that Fabergé acquired many of these pieces from a shop called ‘Japan’ which was situated on the Nevsky Prospect in St Petersburg.

With the restoration of the Meiji in 1868, the borders of Japan were opened to international trade. This lead to a Europe wide fascination with Japanese works of art. Many of Fabergé’s customers were keen collectors of Japanese artefacts (as an example, Mrs A A Watney Weguelin, a regular customer of Fabergé’s London branch, built an impressive collection of netsuke carvings which were sold at Christies after her death in 1938). Franz Birbaum, who managed Fabergé’s workshop, mentioned in his memoirs that it was the firm’s acquaintance with Chinese and Japanese works of art which ‘first stimulated [them] to produce work of this kind.’

The bellpush is modelled on a Meiji bronze okimono. It has been described as ‘perhaps the most successful of all Faberge’s interpretations of Japanese works of art’.