‘Apple of my Eye’ Ring

centred with a naturalistically hand carved red carnelian apple, topped by a red gold stalk bearing engraved coloured gold leaves, in a platinum eye that is finely set with diamonds. 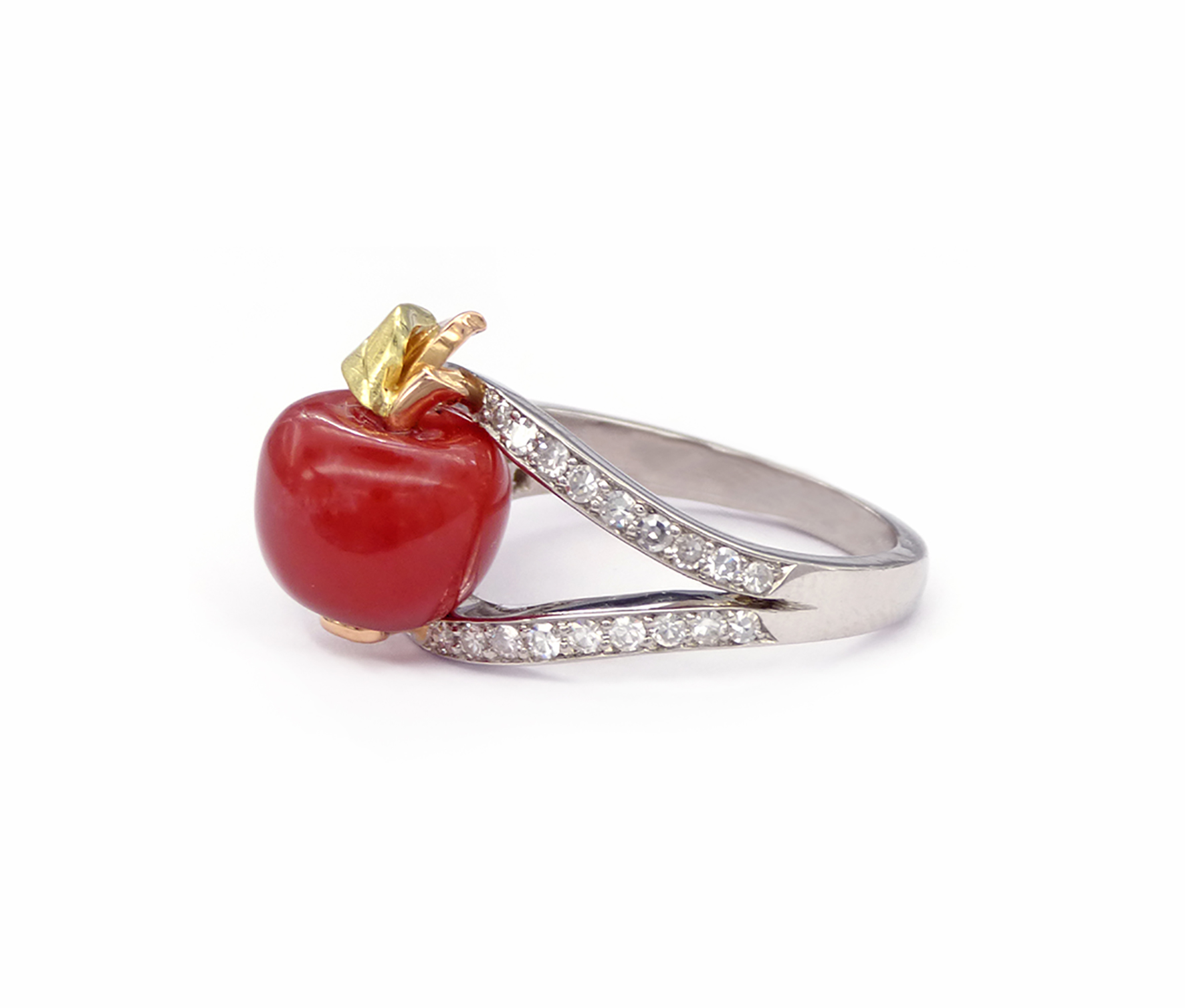 The apple of my eye describes a person loved above all others. The phrase dates to at least the ninth century and is noted in King Alfred the Great’s translation of Pope Gregory’s Pastoral Care. It was likely used in conversation before this time. Originally, the apple of my eye referred to the pupil of the human eye. It was believed that the pupil was a round, solid object akin to an apple. The phrase evolved into a metaphor for something precious and loved. It was used several times in the King James version of the Bible, as in Psalms: “Keep me as the apple of thine eye, hide me under the shadow of thy wings.” Shakespeare used the phrase in A Midsummer Night’s Dream: “…Hit with Cupid’s archery, Sink in apple of his eye.” The term was resurrected when Sir Walter Scott used it in his novel Old Mortality, published in 1816: “Poor Richard was to me as an eldest son, the apple of my eye.”