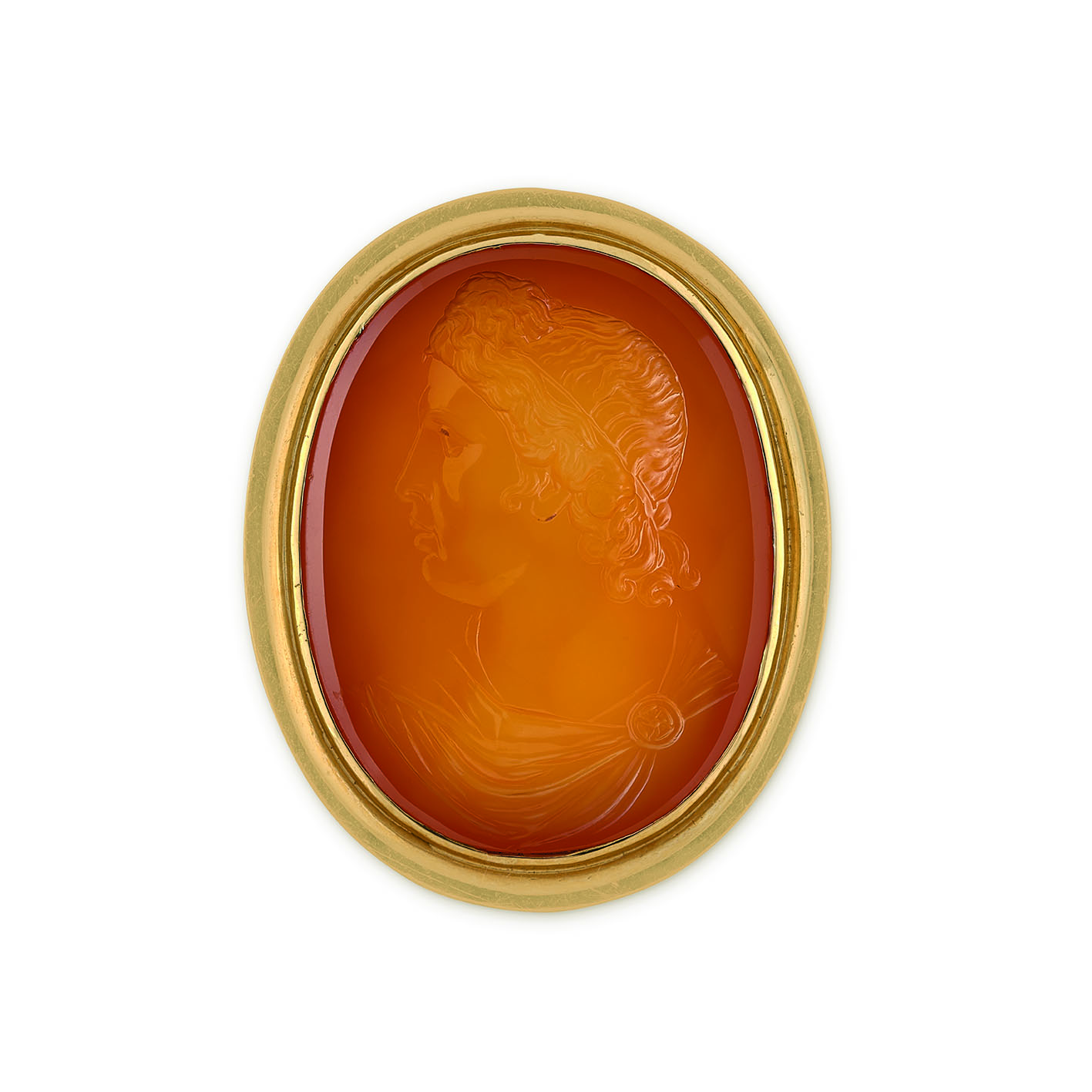 In 1764, The Polite Arts Committee of the Society of Arts, Commerce and Manufactures issued a prize for the best head of the Apollo Belvedere carved in intaglio. The competition was entered by Edward Burch and Nathaniel Marchant, both of whom won prizes for their submissions.

As one of the most famous works of art from Classical antiquity, it was considered a true test of an artist’s skill if they could recreate this masterpiece from ancient Rome.

No doubt this study was one completed using one of the many etchings which had been printed of the statue, such as that created by Girolamo Mantelli for Les Proportions Du Corps Humain, Mesureés sur les plus belles Figures de l’Antiquité published in 1683. We know, for example, that the gem engraver and medallist Richard Yeo (1720-1779) owned a copy of this book, which is now part of the library of the Royal Academy of Arts in London.