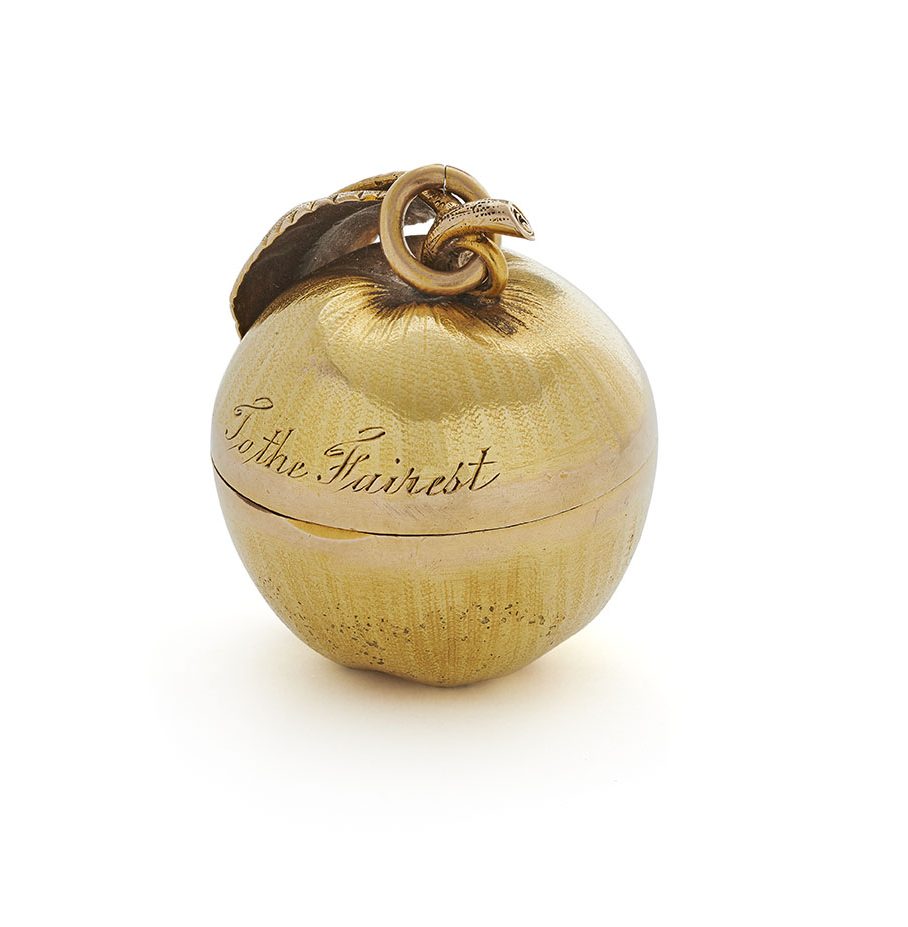 in the form of an apple in yellow gold, with a chased stalk and leaf, engraved with the motto ‘To The Fairest‘ in italicised script, the interior fitted with a circular mirror to the lid, suspended from a gold loop.

Engraved with the Registration Number RD307049. 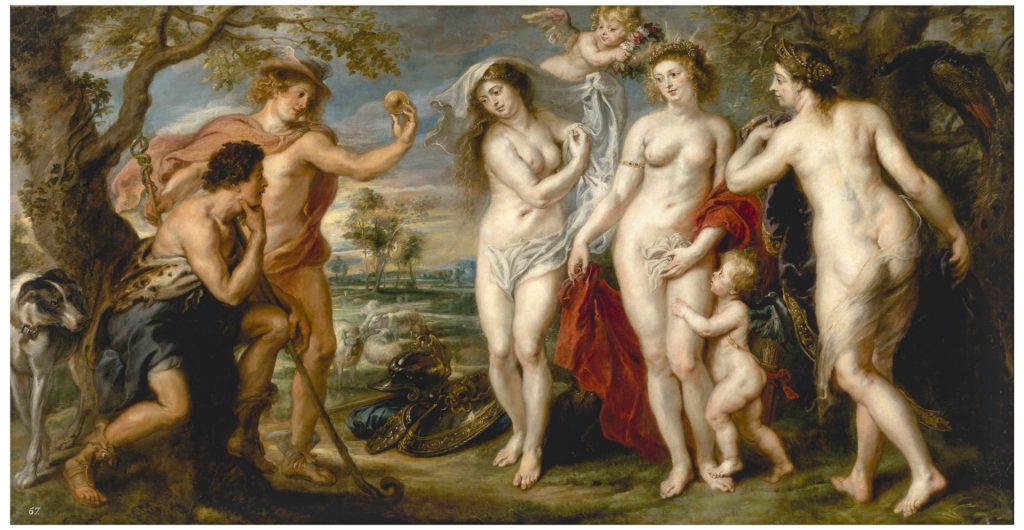 The Judgement of Paris

During the wedding of Peleus and Thetis (the parents of Achilles), the god of discord Eris threw a golden apple into the assembled crowd. Upon the surface of the fruit were etched the words “To The Fairest”. Three goddesses laid claim to the apple; Aphrodite, Hera and Athena, each one arguing that they were the fairest of all and therefore the fruit belonged to them. It was decided by Zeus that the shepherd Paris, who’s fairness of judgement was renowned, should mediate the dispute. After bathing in the spring of Mount Ida, the three goddesses presented themselves to Paris. He decided that Aphrodite, the Goddess of love and beauty, had the superior claim and so the golden apple was awarded to her. 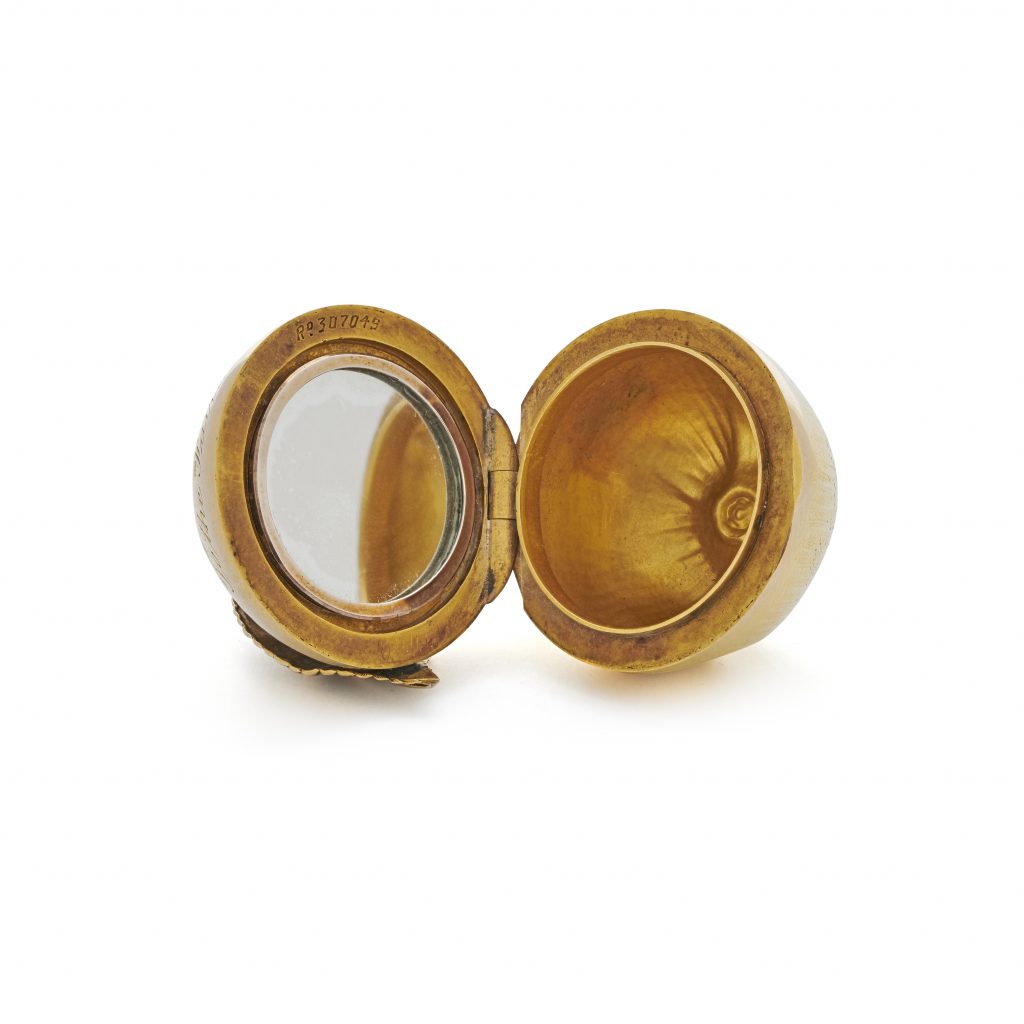