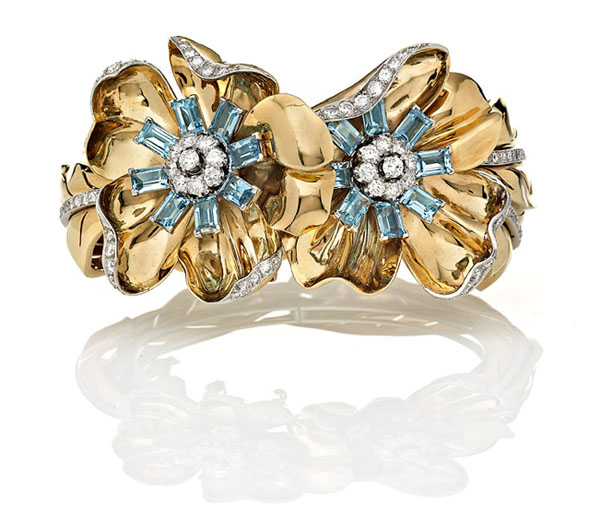 in the form of two juxtaposed flower heads set with brilliant cut  diamonds and baguette-cut aquamarines, with a detachable clip brooch fitting on one of the flowers . 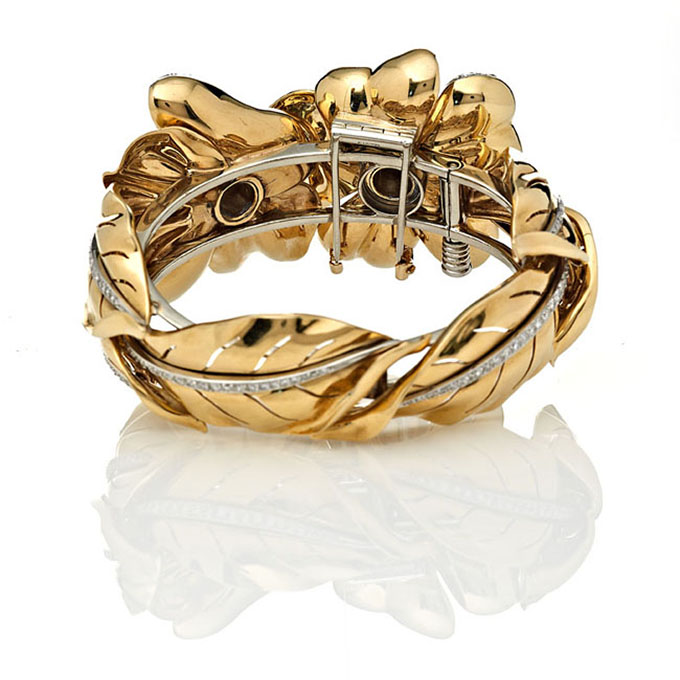 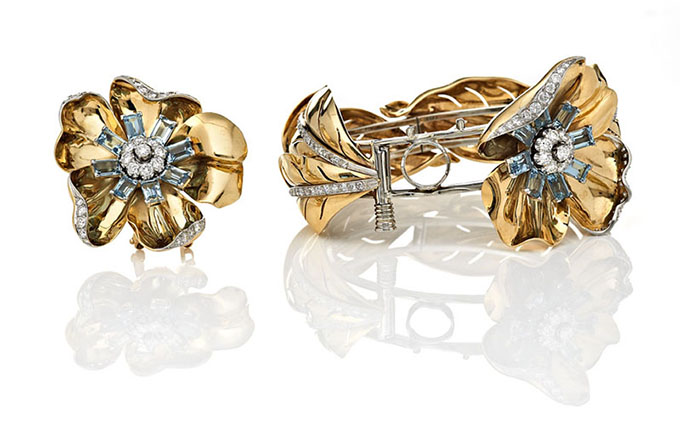 The bracelet is typical of Flato’s jewellery inspired by botanical motifs, the curvature and gracefulness of the petals eloquently expressed in the fluidity of the chased gold work highlighted with diamonds, the stamen of aquamarines radiating from diamond set centres,the flower heads carried out entirely in the round.

In the late 1920’s, aged merely 28, Flato opened his own premises at 1 East 57th Street in New York, where he not only  designed his own jewellery but also collaborated with the most gifted designers of the period, including Fulco di Verdura.His spectacular, innovative and witty creations attracted a devoted clientele. Soon after opening his Beverly Hills premises on Sunset Boulevard in 1938, run by Verdura, Hollywood stars including Greta Garbo, Joan Crawford, Marlene Dietrich and Ginger Rogers counted amongst his customers and were often seen wearing his jewellery in their films.