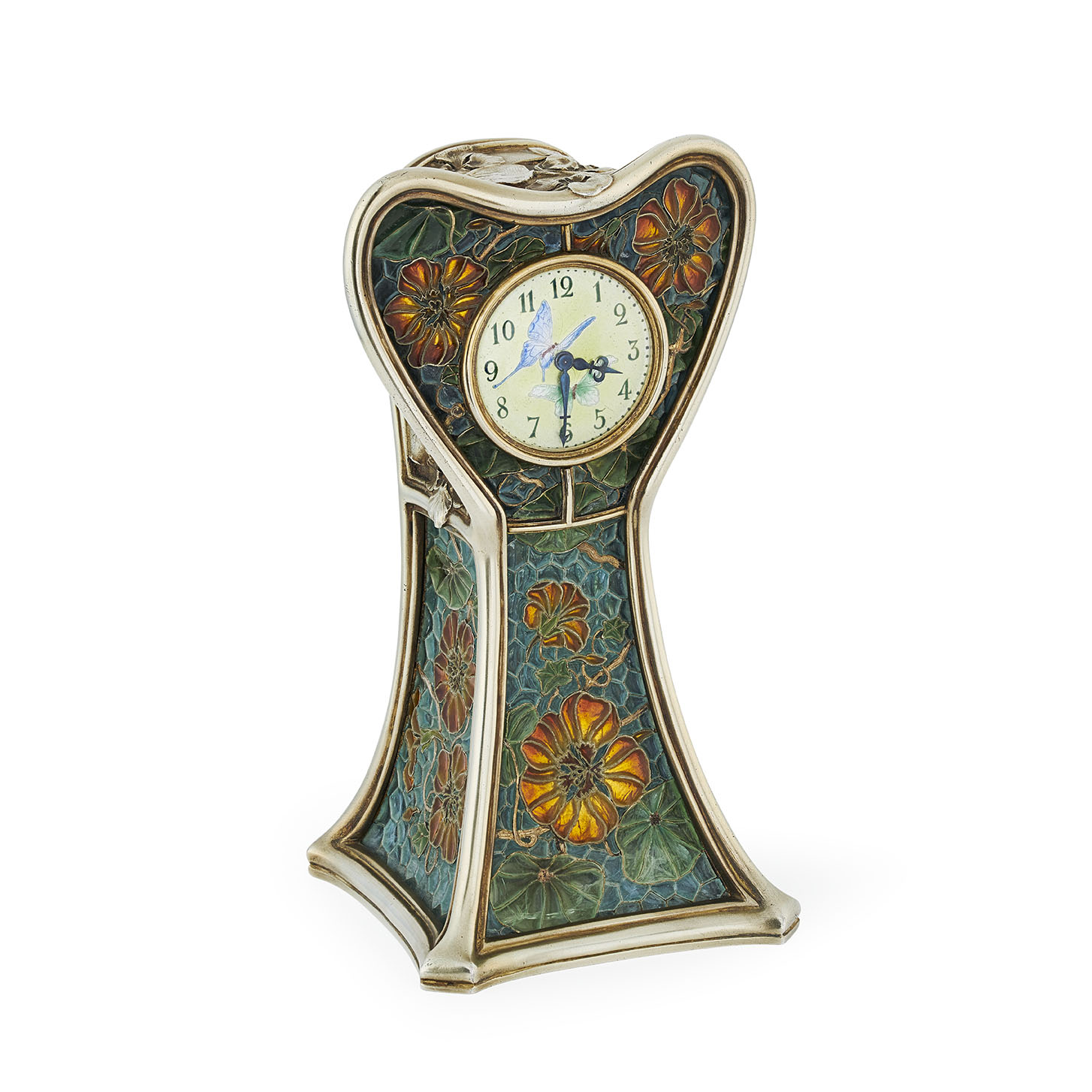 entirely decorated with nasturtium flowers, those on the front and lower sides carried out in vibrant enamels, the petals depicted in orange plique-à-jour enamel against a silver foiled ground, the leaves of green enamel against a turquoise enamel ground, the floral and foliate motifs on the upper side and reverse of the timepiece silver-gilt delicately chased and engraved, the petals overlapping the mounts to the side and front.

The dial is applied with yellow enamel, the Arabic numerals centred with two finely engraved butterflies.

Engraved E.Feuillatre and Lépine (who made the movement, numbered 28957)

Contained in its original fitted leather case, the winding key accommodated in its velvet base. 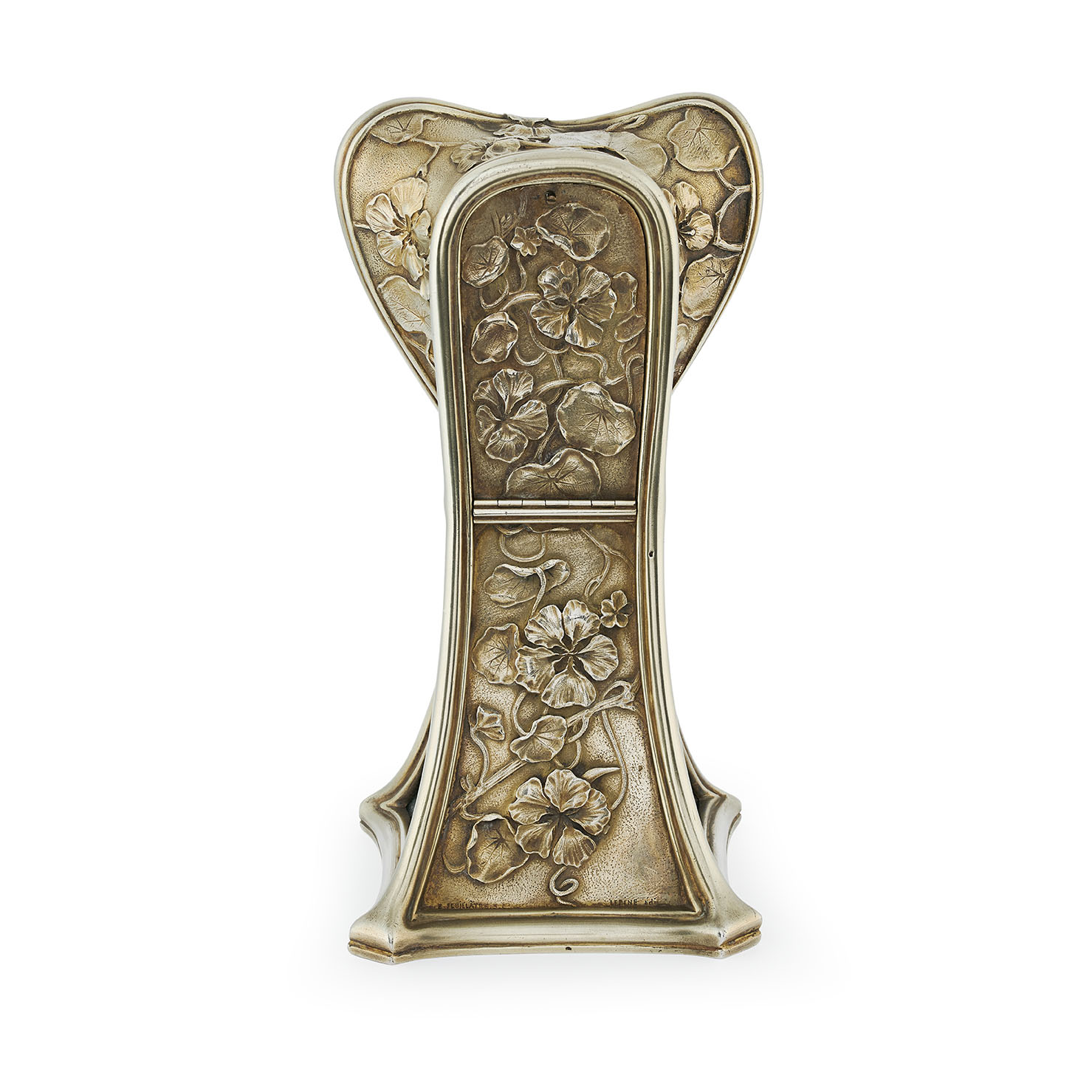 An identical clock was exhibited at the Salon de la Société des Artistes Français in 1902.

Eugène Feuillâtre (1870-1916) was a gifted goldsmith and sculptor, but his reputation lies in his mastery of enameling. He was trained by Louis Houillon, who himself had learnt the art of enameling with Etienne Tourette. Both had been employed by Lucien Falize to carry out his works in basse taille as well as his enamels ‘sur paillons’, employing fragments of gold or silver foil to produce irridescent colours. The technique is evident in works by Feuillâtre, who was renowned for the versatility of his enamelled creations. His particular challenge was working on silver, which has a lower melting point than gold, and in creating rich and warm hues, which with a cooler coloured metal is more difficult to achieve. It was after being employed as ‘chef d’atelier d’émail’ to René Lalique from 1890 to 1897 that Feuillâtre left to found his own workshop, and regularly exhibited his pieces at the Salon de la Société des Artistes Français. He was awarded a gold medal at the 1900 Exposition Universelle in Paris.