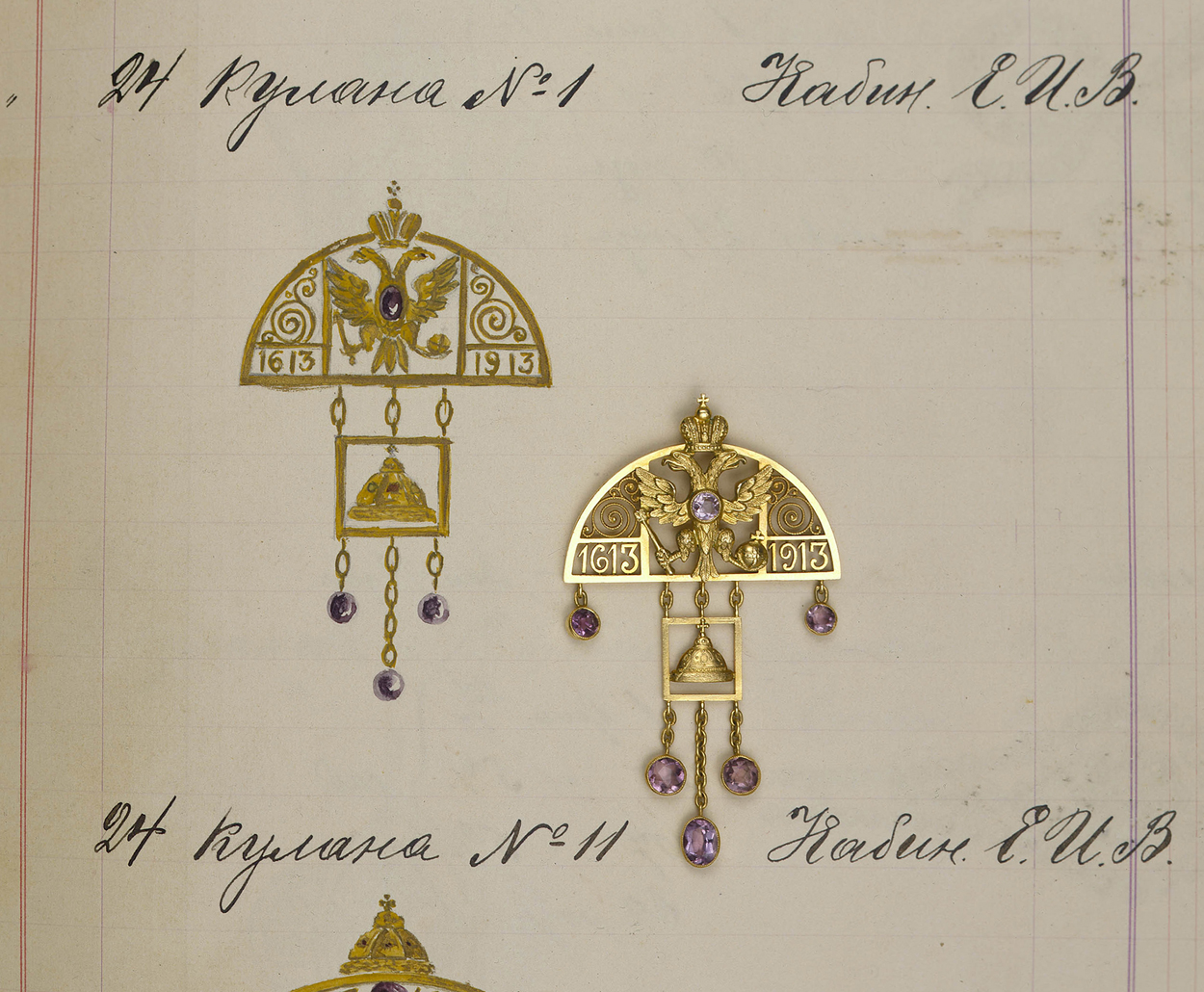 a jewelled gold pendant made from the designs of the Empress Alexandra Feodorovna to celebrate the Romanov Tercentenary of 1913.

The jewel was acquired by the Cabinet of His Imperial Majesty from Fabergé’s St Petersburg branch on 28th February 1913 for 50 roubles and after 1917 transferred to the Gokhran Moscow. From where it was sold to the West and became one of the Imperial treasures lost to Russia following the Bolshevik revolution. 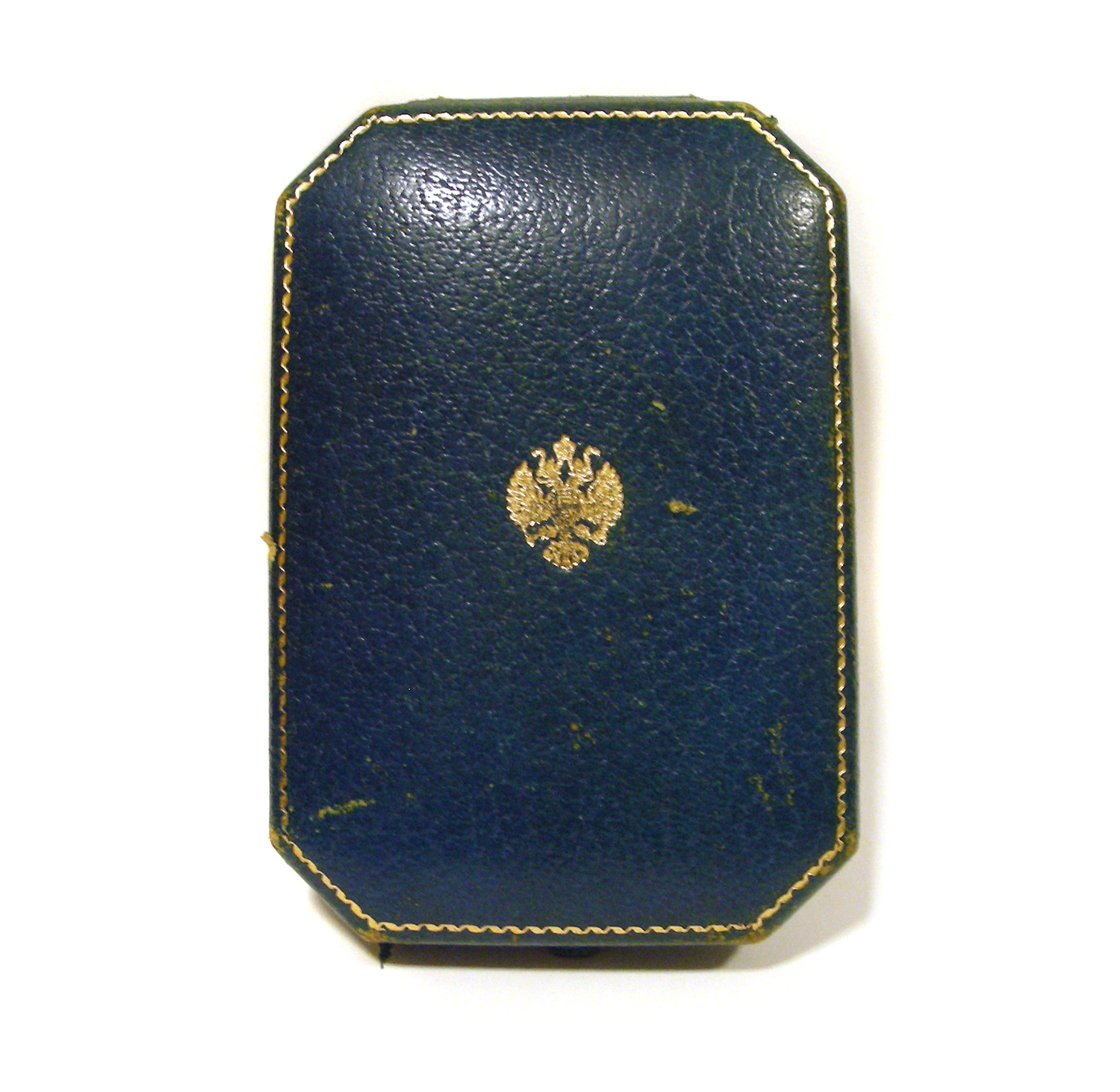 Franz Birbaum Fabergé’s chief-designer in his memoirs wrote of the designs supplied to Fabergé by Empress Alexandra, he recalled:

‘Nicholas II’s taste was not particularly sophisticated and he laid no claim to sophistication. His wife, Alexandra Feodorovna, was however different. Her grasp of artistic concepts was meagre, her meanness was not in keeping with her Royal status and often placed Fabergé in tragi-comic situations. Her commissions were accompanied by sketches and pre-determined ideas of cost. It was technically and artistically impossible to follow the drawings, so various cunning devices were used to explain the changes that had been made – the craftsman had not properly understood, the drawing had been lost, etc. Where price was concerned, the works of art were delivered at the price she had stipulated, so as to avoid incurring her displeasure.’