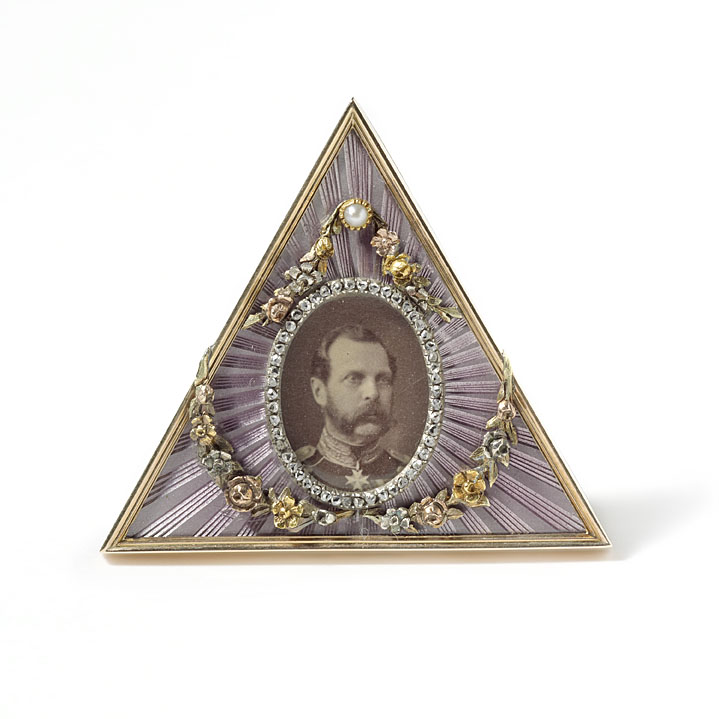 in the shape of an equilateral triangle, enamelled translucent mauve over a sunburst guillochage emanating from an oval aperture containing a black and white portrait photograph of Tsar Alexander II held in a rose diamond set bezel, mounted with finely chased trails of four coloured gold floral garlands suspended from half pearl, with mother of pearl backing, supported on a scrolling silver-gilt strut. 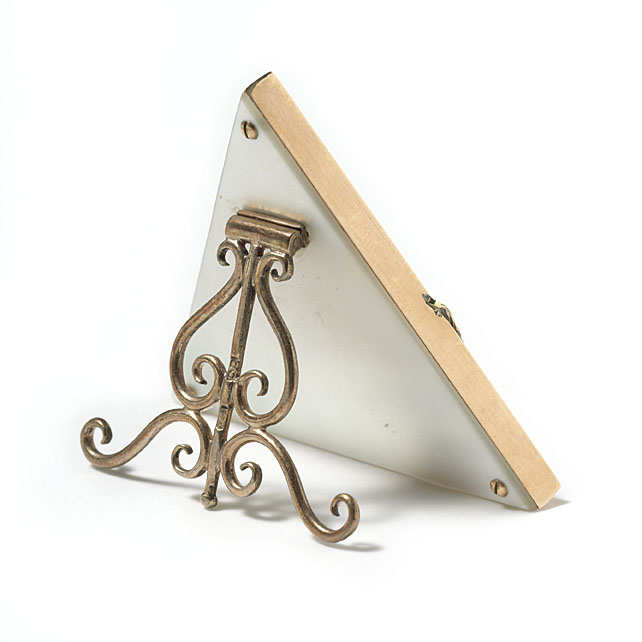 Purchased from Fabergé by Dowager Tsarina Maria Feodorovna on 7th August, 1900 for 97 roubles.

Exhibited as number 36 in ‘The Last Flowering of Court Art: A Russian private collection of Fabergé,’ hosted by Wartski in 2010.