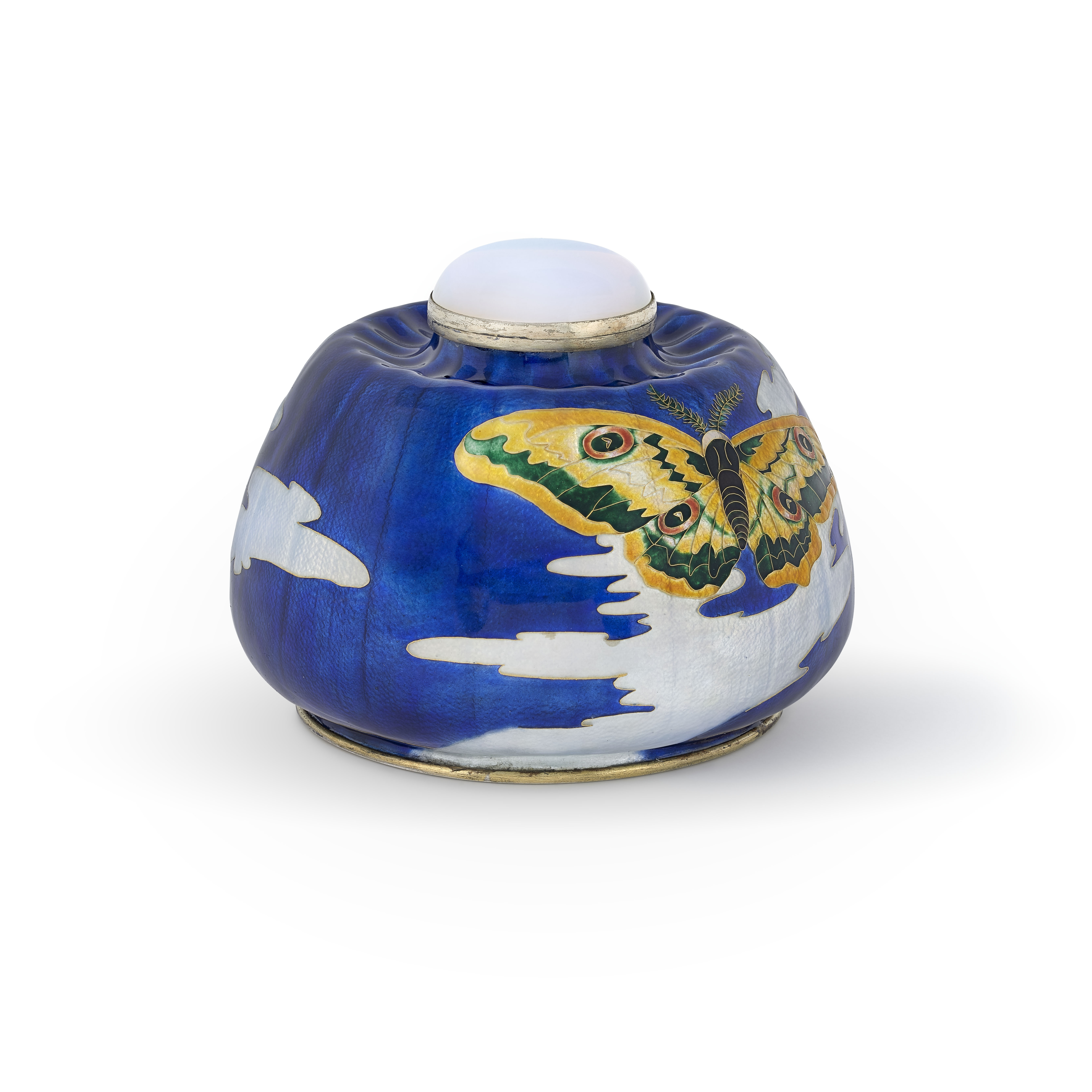 The surface decorated with symbols of night-time and of sleep, depicting a vibrant yellow moth against a deep Royal blue sky,the clouds stylised in the Japanese taste.

The lid set with an opalescent glass cabochon representing the moon, set within a recessed engraved ground simulating a poppy head.

Eugène Feuillâtre (1870-1916) was a pupil of the distinguished enameller Louis Houillon, who pioneered the incorporation of foil into the vitreous mixture of enamel.

Feuillâtre adopted this technique to enhance his enamels on silver, far more challenging than enamelling the traditional surface of gold and copper because of its lower melting point, and the cooler coloured ground making a rich and warm effect more difficult to achieve.

Feuillâtre ran the enamelling workshop of René Lalique from 1890 to 1897, and he is credited with introducing the jeweller to the technique of plique-à-jour enamel.  He subsequently established his own firm, regularly participating in the Salon de la Société des Artistes Français. He was awarded a gold medal at the Exposition Universelle in 1900.

This is an outstanding example of Feuillâtre’s cloisonné enamel work, the black opaque enamelled body of the moth contrasting with the vivid and shimmering palette of its wings, the graceful cloud formations in the sky providing a poetic setting. He exhibited a series of bonbonnières of identical form in 1900, several of which form part of museum collections.